COLUMBUS — Ohio State has rarely been able to help itself when it comes to effusive praise for Chris Olave.

There were whispers about his athleticism from the moment he arrived on campus. The coaching staff and his teammates started ramping up the volume after seeing him in training camp. Gradually, Urban Meyer kept talking more and more about the dynamic freshman wide receiver.

And then the dam burst on Saturday with Olave snagging two touchdowns, blocking a punt that produced another score — and generally lighting the fuse for what would become another beatdown of rival Michigan for the Buckeyes to clinch the Big Ten East Division.

“Chris Olave, elite player as a freshman,” Ohio State coach Urban Meyer said. “I’ve got to be careful anointing a guy that soon, but he’s tough.”

Of course, that was the mild version from Meyer, who in the immediate aftermath of The Game was calling Olave a “monster” and telling the college football world to get used to seeing the “real deal” playing like that on the big stage. 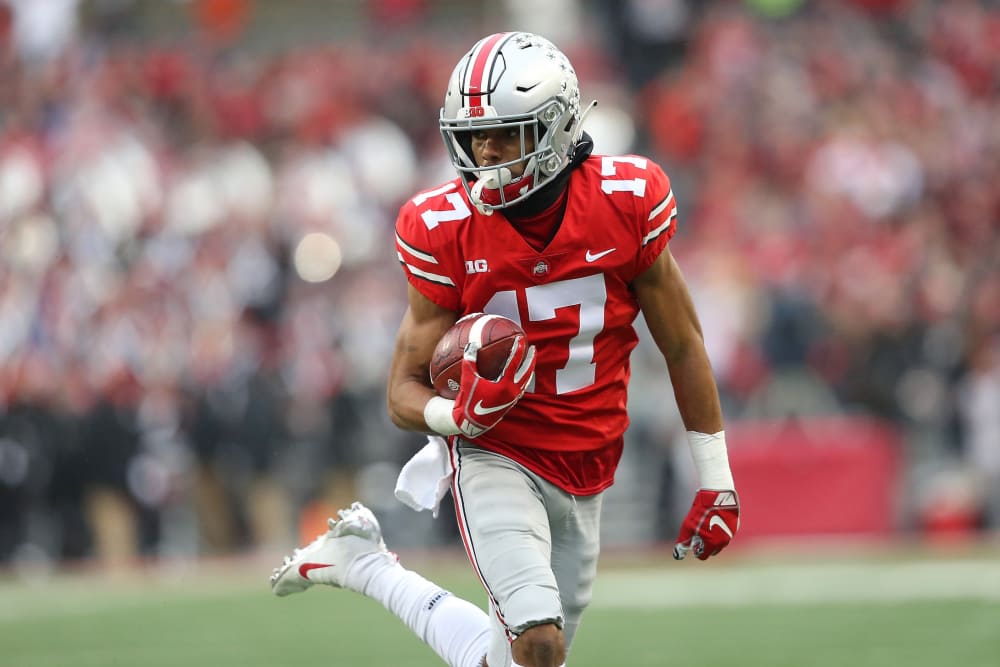 It’s obviously still quite early in his career, and Olave still just has seven total catches to his credit after turning both of his receptions against the Wolverines into those key first-half touchdowns. But combined with a special-teams outing that will always get Meyer’s attention, the buzz about his potential moving forward is officially off the charts now.

Olave will have his next chance to make an impact for the Buckeyes on Saturday in Indianapolis in the Big Ten title game against Northwestern. And ahead of that crucial clash, former Ohio State wide receiver Evan Spencer returned to the Lettermen Row film lab for another BuckIQ episode, this time focusing on what allowed Olave to bust out in such a big way.

Ohio State-Northwestern: Time, TV, how to watch Big Ten Championship
Ohio State: Can Buckeyes follow up one championship effort with another?