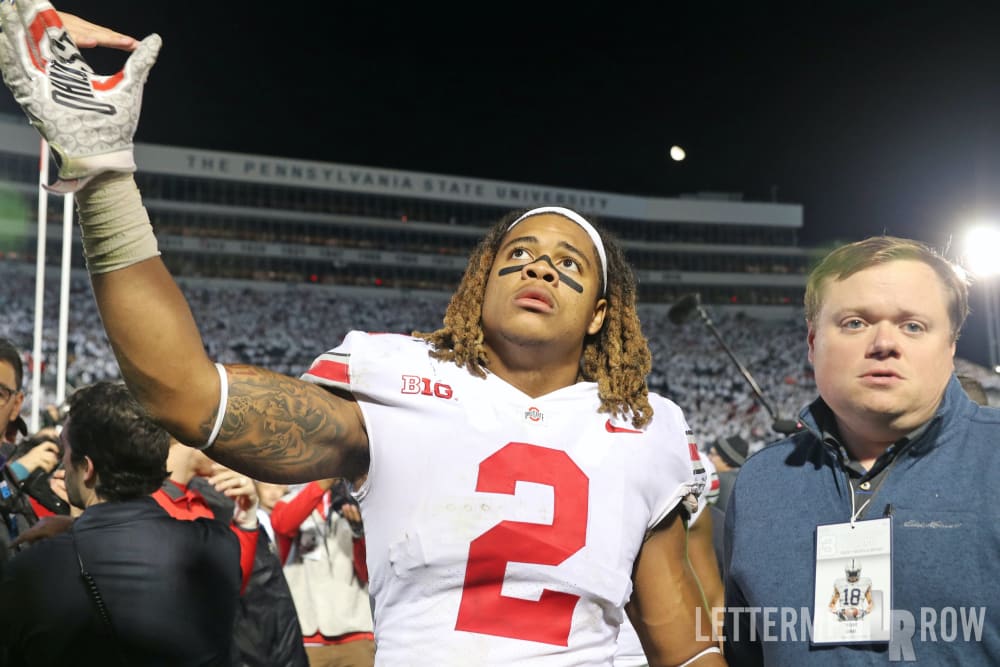 COLUMBUS — The awards started rolling in almost from the second Chase Young pulled the plug on the Whiteout and kicked off an Ohio State celebration.

But all the sophomore defensive end is looking at are the handful of plays he didn’t make instead of the pile he did while helping the Buckeyes knock off Penn State.

Young is still trying to fine-tune the use of his hands and trying to cut down on penalties. He’s building up the endurance if the Buckeyes continue to need him to play more snaps in the absence of Nick Bosa. And he’s chasing individual perfection, whether that comes with honors from the Big Ten or national voters representing the Bednarik Award or not.

“I try not to even think about that,” Young said. “I think that’s what helps all the players on this team, we just have to go back to the drawing boards, because I definitely made mistakes in that game that I have to correct.

The grade might not have been flawless, but Young was obviously a champion after making three tackles for loss, tallying two sacks and adding the game-sealing takedown in the backfield on fourth-and-5 to keep the Buckeyes undefeated.

Collectively, that represented the kind of breakout performance that has been forecasted since the physical freak arrived on campus as the Next Big Thing on the Ohio State defensive line. And it was even more valuable for the Buckeyes considering the Current Big Thing is still missing due to a core-muscle injury, with Young sliding into Bosa’s role and writing his No. 97 on his wrist before the game.

“That’s my guy,” Young said. “You know, obviously I look at Nick, I study Nick’s tape to try to take some little things that I can add to my game. That’s big bro, and I had to honor him because that’s my guy.

“I played that game for him.” 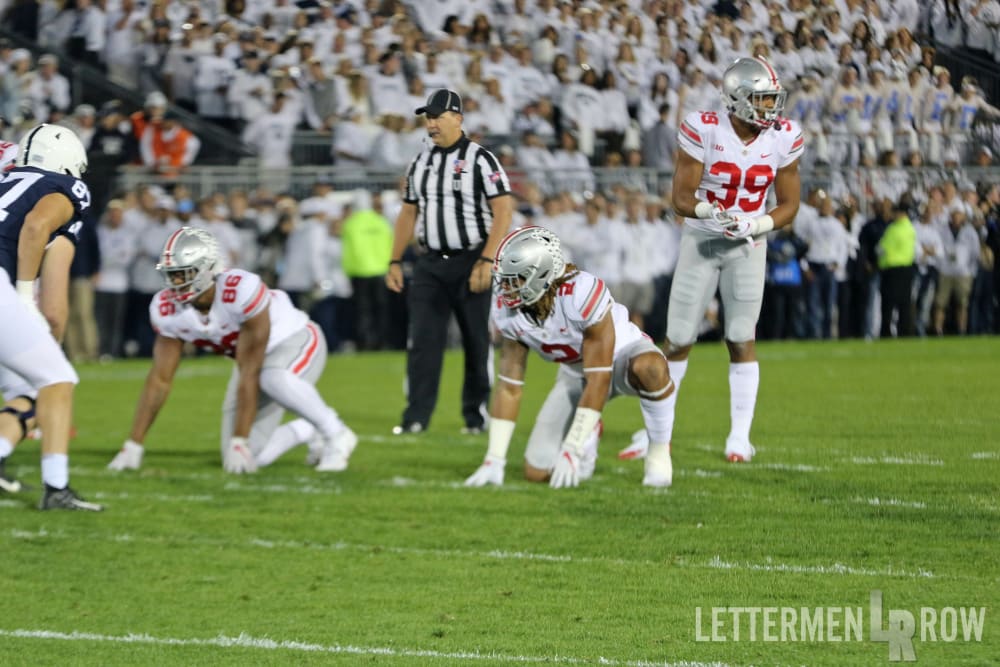 Eventually Ohio State is hoping to pair Young and Bosa back together to form one of the most fearsome pass-rushing tandems in the nation.

In the meantime, the Buckeyes are just working to get him on the same level as the potential No. 1 overall pick while he’s gone.

I don’t know, everybody says that [it was a breakout],” defensive line coach Larry Johnson said. “But I think our expectation is for all of our guys to play well in big games. Chase had a great game for us, and I think he showed that he has enough talent to be a really great football player. Right now, it’s really just a matter of continuing to grow as we move forward.

“He’s such a young player now, and the expectations get really high when a guy does real well. There’s a lot more he can learn to do, but I like where his progress is going.”

Chase Young was one of a handful of representatives for Ohio State meeting with the media after practice on Tuesday night to look back at the Penn State comeback and forward to a matchup on Saturday against Indiana. Defensive line coach Larry Johnson, running backs coach Tony Alford, running back Mike Weber and defensive backs Jeffrey Okudah and Shaun Wade all made an appearance and video interviews are available below.