Ohio State defensive end Chase Young will be returning for the Buckeyes next week. (Birm/Lettermen Row)

COLUMBUS — There was a chance for Ohio State to celebrate the positive development with Chase Young before practice.

Then the Buckeyes went right back to work, because they don’t have their superstar defensive end completely back quite yet.

The looming uncertainty over the status of the junior captain was quickly resolved on Wednesday, though, allowing the No. 2 team in the nation to eliminate a possible distraction, narrow the focus for the trip to Rutgers — and get ready for Young’s eventual return next week.

“It’s always exciting to get one of our brothers back,” fellow Ohio State defensive end Tyler Friday said. “You know, we missed him. Now it’s time to complete the mission. We’ve got to keep our heads straight.

“He’s a warrior. He’s been keeping his head high, staying strong, being supportive, being the leader that we ask him to be off the field. It’s big to have him around.” 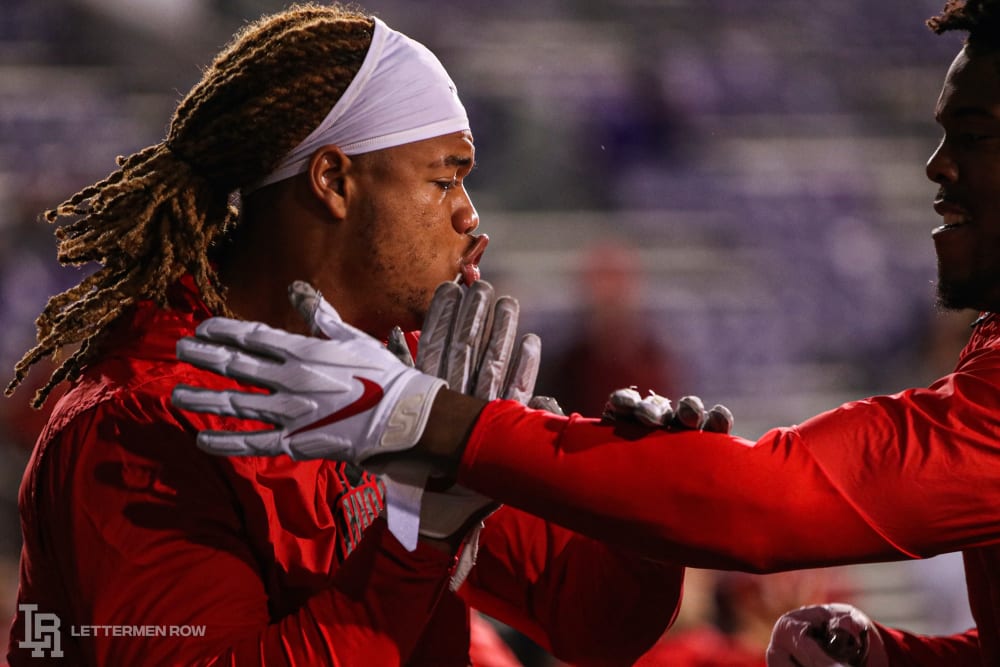 The Heisman Trophy candidate has remained active with the Buckeyes over the last couple weeks, and he was already practicing even before word came down from the NCAA that he would miss one more game. Ohio State could have appealed that decision and tried to get Young back in time for the matchup against Rutgers, but instead both parties accepted the punishment for a matter tied to a loan he took from a family friend that was then repaid over the summer.

The other factor that Ohio State wanted to know initially? Did Young actually want to fight the case so he could return. And once the Buckeyes got that confirmation from the potential No. 1 overall NFL Draft pick next spring, it went to work to get him reinstated as quickly as possible.

Now the Buckeyes know exactly when Chase Young will get to play a part on the field. For one more week, the mission will continue without him.

Ohio State athletic director Gene Smith and a handful of Buckeyes met with the media on Wednesday night to preview the Rutgers game and detail the process of reinstatement for Chase Young. Video interviews with Tyler Friday, Javontae Jean-Baptiste, Jahsen Wint, Harry Miller and Gavin Cupp are available here and on the Lettermen Row YouTube channel.