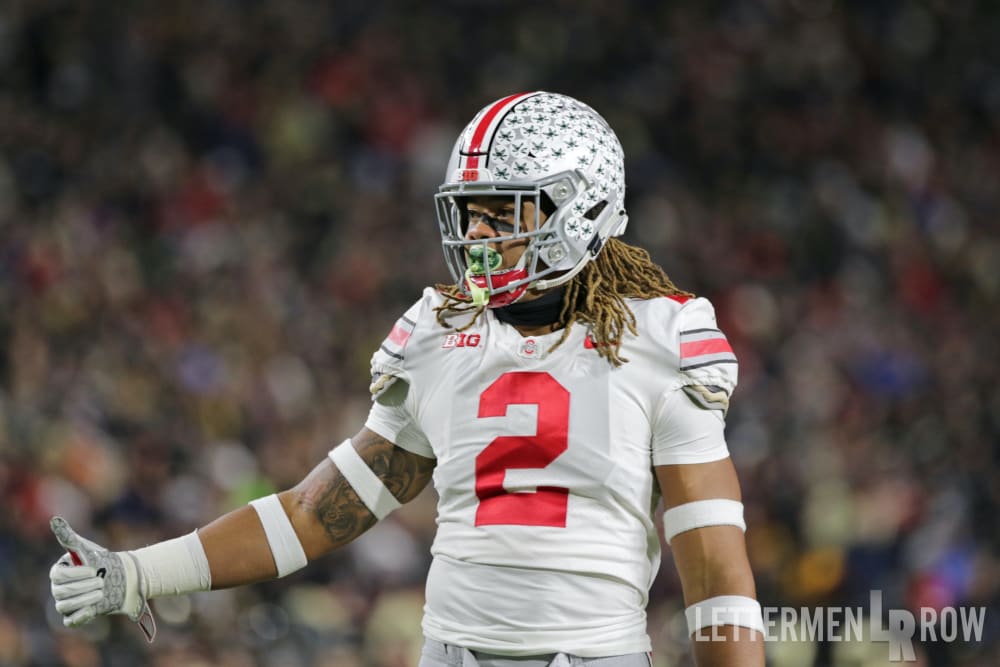 Ohio State defensive end Chase Young will be looking to set the sack record for the Buckeyes this season. (Birm/Lettermen Row)

The speculation, debate and conversations about Ohio State never end, and Lettermen Row is always ready to dive into the discussions. All week long, senior writer Austin Ward will field topics about the Buckeyes submitted by readers and break down anything that’s on the minds of the Best Damn Fans in the Land. Have a question that needs to be tackled, like the one today about defensive end Chase Young? Send it in right here — and check back daily for the answers.

Sorry, Vernon Gholston, but that entry in the Ohio State record books is in serious jeopardy.

Chase Young is healthy, stronger and more motivated than ever before in his career. And that total package, along with the potential to play a couple extra games for a team with College Football Playoff capability, is going to put the single-season sack record of 14 well within reach for the junior.

Honestly, if Young hadn’t been forced to deal with a double-dose of ankle injuries while also facing a steady stream of double-team blocks, he might have pushed for that mark a year ago. Despite some of the adversity he faced, Young’s prolific finish to the season with six sacks over the last four games pushed him to 10.5 for the season — already good enough for a top-10 campaign in school history. 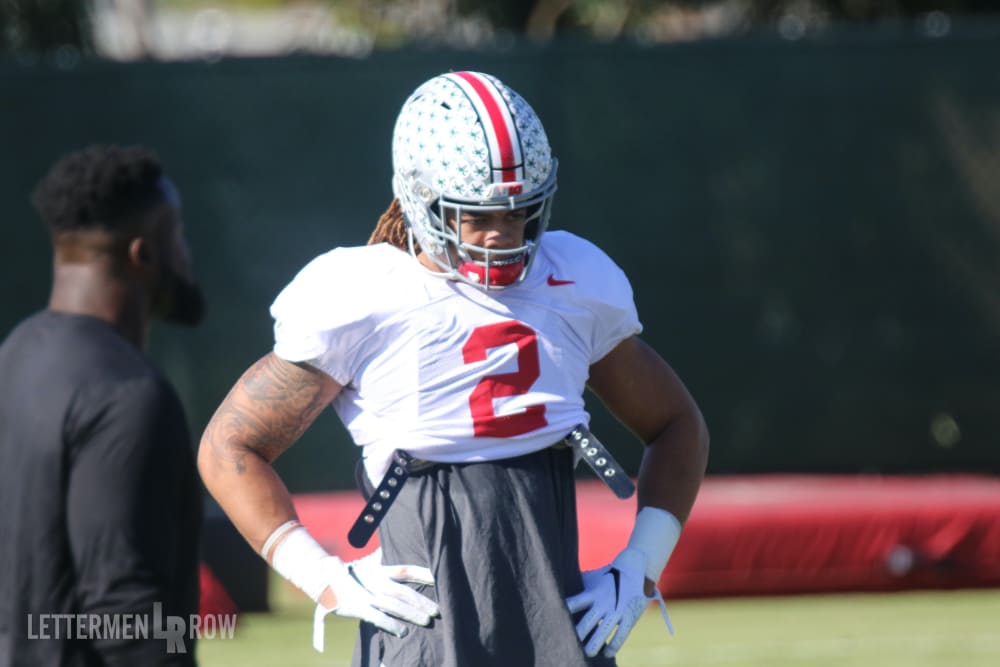 Ohio State defensive end Chase Young went on a sack rampage at the end of last season for the Buckeyes. (Birm/Lettermen Row)

Considering the improvement he’s in line to make heading into his third season under position coach Larry Johnson, his freakish athleticism and the help he should get from Jonathon Cooper and Tyreke Smith keeping teams from sending extra bodies his way, it might actually be an upset if Young doesn’t break the record.

“Well, let’s see,” Young joked when asked where Johnson was looking for him to improve. “Just little stuff: Hand placement, when to use my hands, first step. [Johnson] is always preaching about the power step. There is just stuff that you should never stop working on. This is stuff you can never perfect.

“You can never be perfect with that stuff. I think that’s the biggest thing for me coming from this spring.”

The end of camp also brought a new wave of attention for Young following the NFL Draft, because now he also gets to deal with the pressure of living up to the hype as a projected top-five pick at this early stage in the process. That’s become something of an annual tradition for Ohio State defensive ends thanks to the Bosa brothers, and now Young is getting his turn in the spotlight.

But his former teammate Nick Bosa is a reminder that nothing can be taken for granted when it comes to setting records and winning championships. Without that core-muscle injury that Bosa suffered a year ago, the bar Young would be trying to clear this season would almost certainly be higher and Gholston would already have been knocked from the top spot.

But if Chase Young can stay healthy, he could put up some crazy numbers. And it wouldn’t be smart to bet on that single-season sack record surviving for another year.

How Garrett Wilson can turn splashy spring into breakout year at Ohio State
Ohio State: Five current backups who could shape the year for Buckeyes
Advertisement