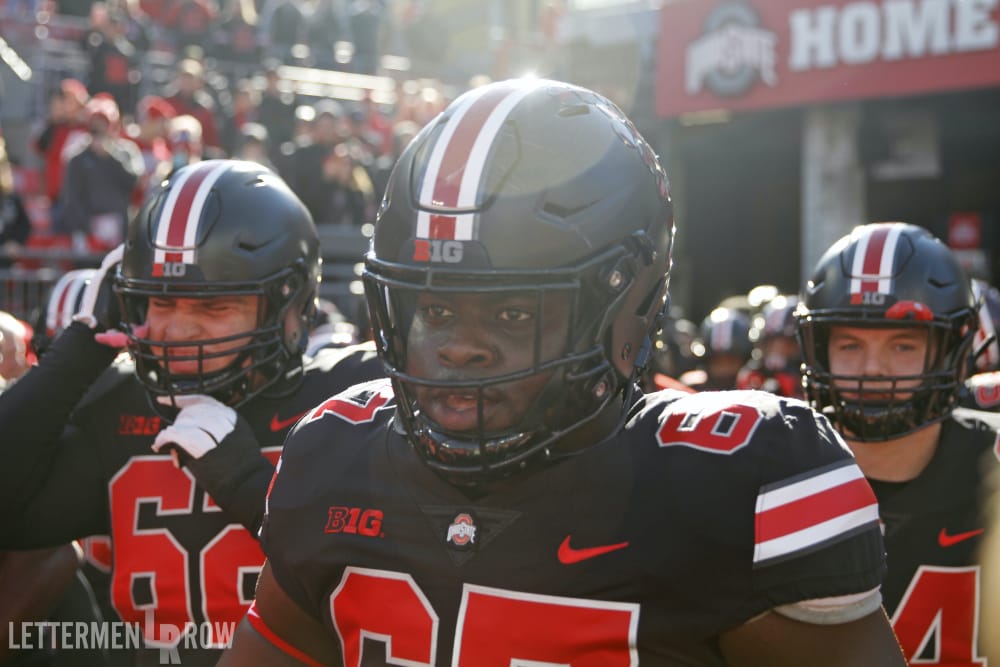 Ohio State still has a path back to the College Football Playoff. (Birm/Lettermen Row)

COLUMBUS — The mission hasn’t changed for Ohio State, and it truly doesn’t matter how it accomplishes each leg of it.

The Buckeyes weren’t all that impressive in a game against Nebraska that was far more competitive than anticipated. But they won, and it can’t be repeated enough that the outcome is really all that matters for Ohio State.

Is the path back to the College Football Playoff really as simple as just running the table down the stretch? Maybe right now it doesn’t seem that way when all the Doomsday scenarios are still in play based on the teams ahead of Ohio State, which is still a formidable list after it checked in at No. 10 on Tuesday night. But November is always a month full of chaos, and there are still multiple opportunities left for the Buckeyes to boost their resumé — starting on Saturday on the road against No. 18 Michigan State.

There’s obviously that massive edition of The Game looming at the end of the month against No. 4 Michigan. Plus, there’s a chance after that to add another Big Ten title if the program has handled the rest of its business over the next three weeks. And if Ohio State is a one-loss champion of a league this tough, it’s extremely difficult to imagine it would be left out of the four-team field. 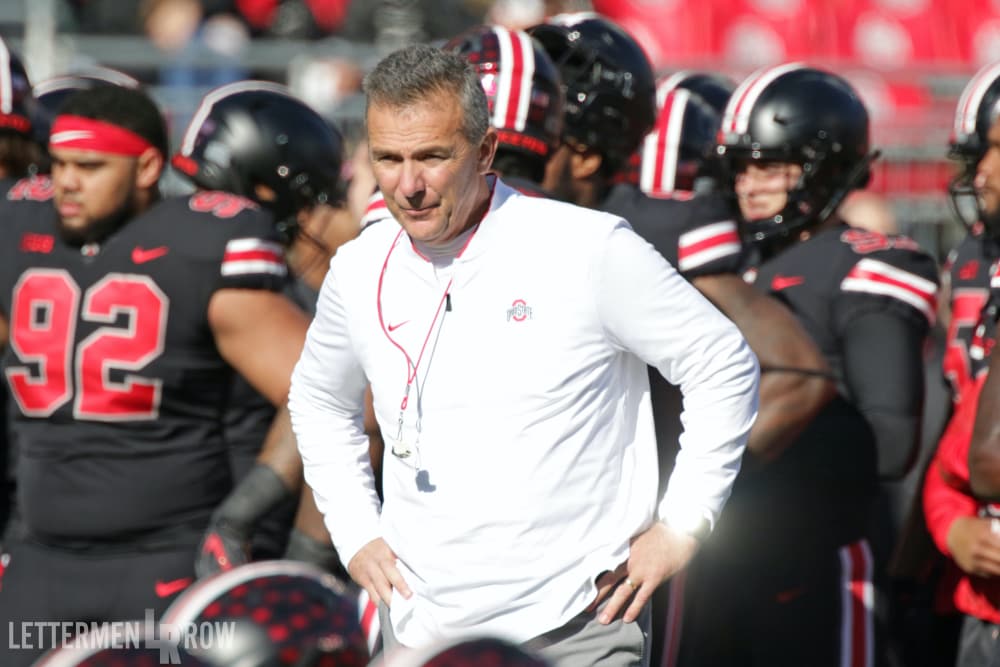 “At times we’ll talk about that, but we’re not now,” Ohio State coach Urban Meyer said. “We’re just trying to, first of all, find out who is healthy. Second of all, the emphasis is on the strengths of our team and enhancing them and fixing these issues that are glaring mistakes that we’ve got to get right.”

Could those issues ultimately bring down the Buckeyes even if they keep winning? Sure, it can’t be definitively ruled out at this point. The selection committee hasn’t exactly been known to ace every test, especially when it comes to the week-to-week evaluation at this time of the season. But narrowly edging Nebraska is quite unlikely to be a deciding factor that would keep Ohio State out of the mix.

If the committee has proven anything in this relatively small sample size of the playoff era, it’s that it is still transfixed on the number of losses above all else. And the Buckeyes didn’t pick up a second one against the Huskers, which essentially is the only thing that is going to matter.

It’s also true that the Buckeyes will have to play better against stiffer competition like the Spartans or Michigan for any of this discussion to matter. But right now, nothing has changed for them.

The objective for Ohio State is just to keep grinding out wins, no matter what they look like.