COLUMBUS — The quarterback catapulted to stardom. The safety collected another game-sealing interception to add to his collection of footballs. And Ohio State pulled off a win for the ages on the way to the first College Football Playoff championship.

History was made on that New Year’s night in New Orleans as the Buckeyes stunned top-seeded Alabama in the Sugar Bowl. And five years later, Cardale Jones and Tyvis Powell sat down to rewatch the broadcast with Lettermen Row and swap a few stories about that life-changing night for the two friends.

Making his second career start, the fairytale story for Jones continued as he made big plays with his arm, picked up key yardage with his legs and wasn’t fazed by all the NFL defensive talent the Crimson Tide threw at him. And he had plenty to celebrate with his buddy Powell, who chipped in a few tackles for a star-studded Ohio State defense and then kicked off the party by leaping up to pick off a Hail Mary attempt and polish off the upset. 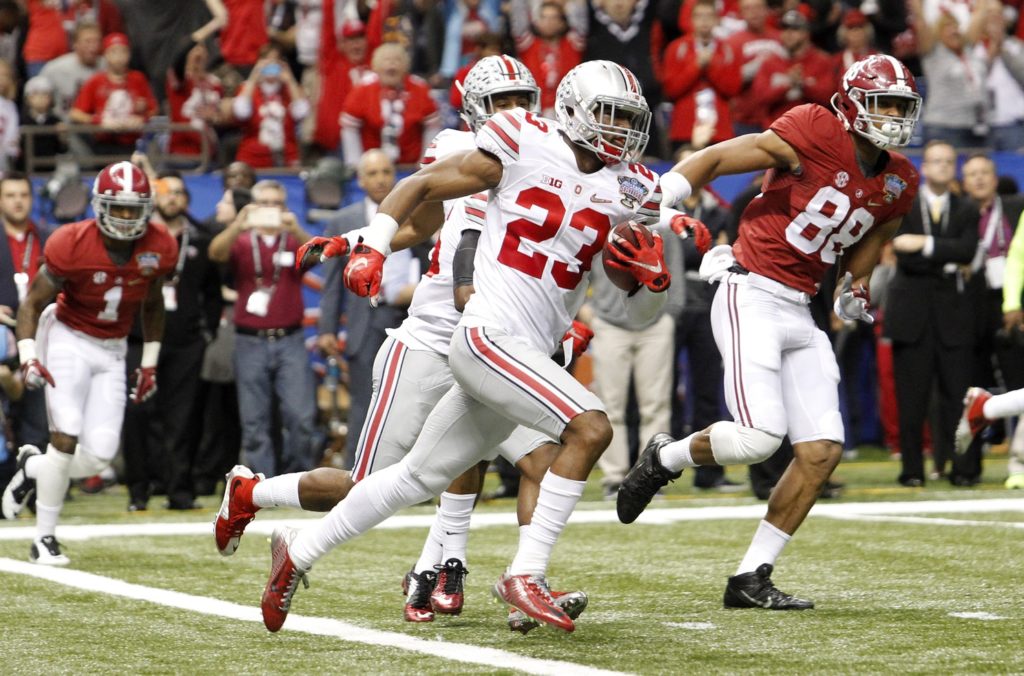 The two Ohio State standouts broke down some key plays, told a few behind-the-scenes stories and talked a little trash to each other in a special, extended, tweaked version of BuckIQ. With the film lab currently shut down due to coronavirus, Cardale Jones and Tyvis Powell hopped into the virtual studio to share their insight and potentially provide a little distraction for Ohio State fans stuck inside due to the pandemic.

From pregame confidence and useful media fuel, to mistakes that worked out perfectly for the Buckeyes and what it was like to be on a field loaded with NFL talent, Jones and Powell recounted the whole Sugar Bowl experience with their blend of knowledge and humor.