Ohio State has a future star in linebacker Cade Stover.

COLUMBUS — The linebacker unit hasn’t quite been living up to the rich standard Ohio State has historically set at the position, but it’s loading up with talent to restore the glory. And Cade Stover appears to fit the mold of exactly the kind of hard-hitting, physical tackler the Buckeyes have featured in the heart of the defense for years.

Maybe it’s asking too much for a true freshman to show up and play a major role for the Silver Bullets. And it’s also quite likely that the Buckeyes won’t even need him to next year, since ever after the inconsistency last season there is plenty of talent already on hand both in terms of returning starters and young guys who were also touted recruits.

Stover, though, will be a tantalizing option for Ohio State from the moment he steps foot on campus thanks to his versatility, built-in appreciation for the program as a home-grown prospect and an undeniable work ethic.

“He wakes up, he goes to work [on the farm] and then comes to practice — where he has fun,” Lexington coach Taylor Gearhardt said. “And then he goes back to work.” 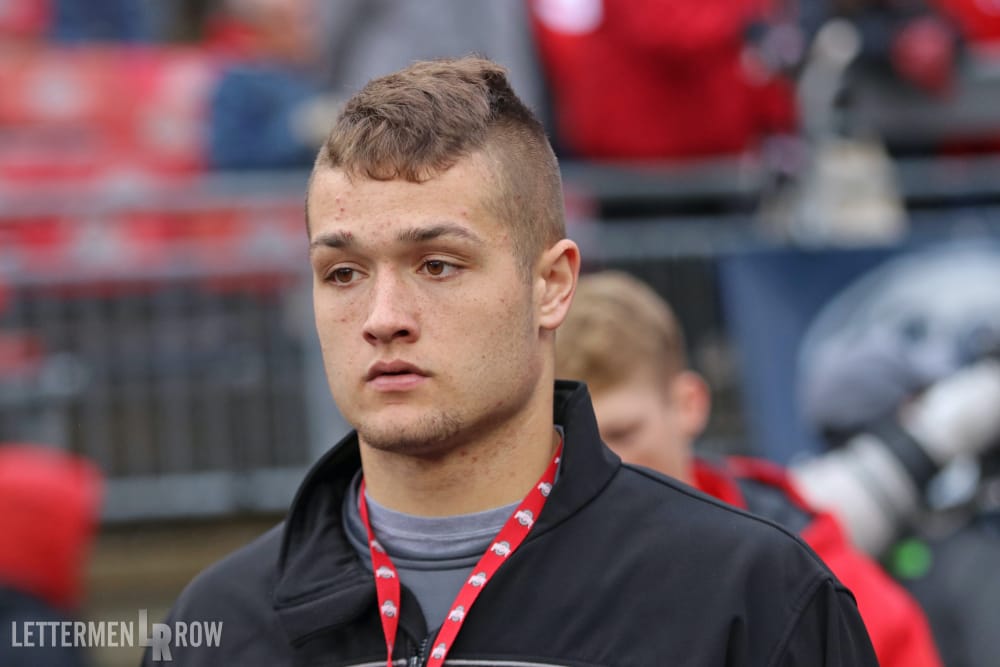 Stover might be a dream come true for strength coach Mickey Marotti, who should have no trouble taking an already impressive physical specimen and molding him into a fearsome machine. If anything, Ohio State might have to institute some John Simon rules for him and actually scale him back in the weight room to keep Stover from pushing himself too hard.

Time will tell, of course. But former Ohio State linebacker Zach Boren saw plenty to like when he fired up the highlight reel for his latest visit to Lettermen Row for a BuckIQ episode focusing on the new signee. The Buckeyes appear to have landed a major pickup during the early signing period, and Cade Stover could wind up being a huge part of the future plans on defense.