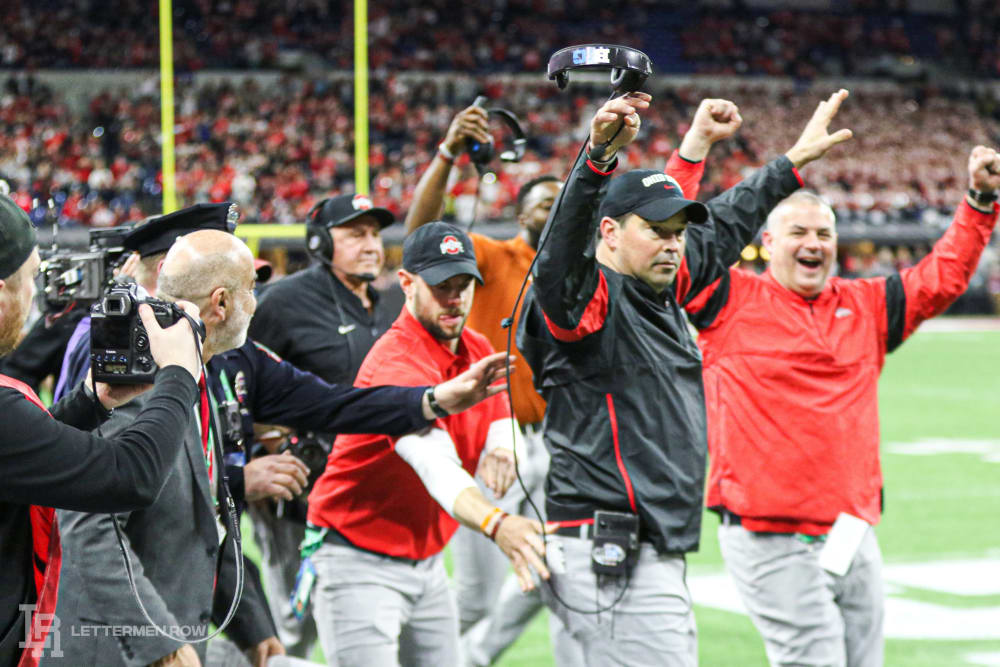 INDIANAPOLIS  — For 12 games, Ohio State rolled without much competition from their out of conference or Big Ten foes. The expectation was that Wisconsin, who the Buckeyes rolled 38-7 just six weeks ago in Columbus, would not provide much of a fight in Saturday’s rematch.

The Badgers had other ideas.

Led by running back Jonathan Taylor and a gutsy first-half performance by quarterback Jack Coan, Wisconsin pushed Ohio State to the brink and led the country’s top-ranked program 21-7 at halftime.

But the Buckeyes showed championship mettle and responded in a big way. Justin Fields threw three touchdowns in the second half — two of them senior receiver K.J. Hill — and the Ohio State defense dialed up a few major adjustments, shutting out the Badgers after the intermission en route to a 34-21 win.

As we have all year long, Lettermen Row was on-hand and has the sights and sounds from the 2019 Big Ten championship game. f you’re looking for videos of Ryan Day and Ohio State players discussing today’s game, check out our YouTube page to see videos from Lucas Oil Stadium as they become available, including postgame reaction from our staff. 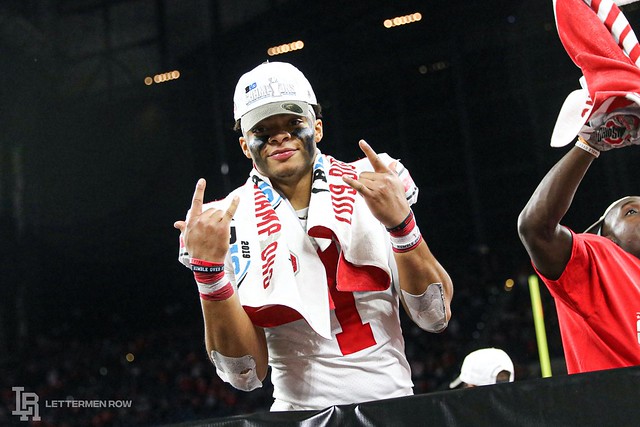