COLUMBUS — There were never any excuses from Tuf Borland as the Ohio State linebacker worked back from injury.

He was healthy enough to play, he felt strong enough to perform and he didn’t feel like there were limitations holding him back once he got on the field again following his Achilles issue last spring.

But by the end of the season, Borland was at least ready to acknowledge that he might not have fully been himself and perhaps not quite as consistent or productive as the Buckeyes were expecting from the quarterback of the defense.

“I think when you have an injury like that and sit out a bunch of time, that’s going to show,” Borland said before the Rose Bowl. “You’re going to be rusty, that’s expected. I wouldn’t say that I ever had lesser expectations for myself, they were still there for me. But it’s going to happen. 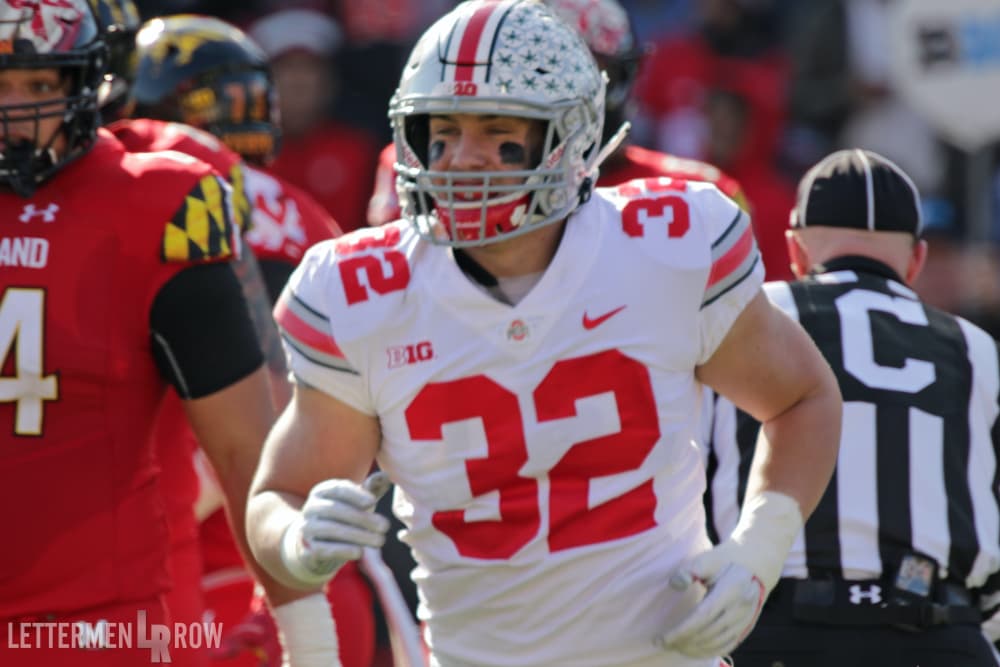 There is plenty of evidence proving how valuable Borland can be when he’s at full strength, and the Buckeyes were again seeing glimpses of it later in the season as he finished the campaign with 67 tackles, 9 tackles for loss, 3 sacks and a pair of forced fumbles overall.

All of those numbers could go be improved next season if Borland doesn’t suffer any more unexpected setbacks physically, although he will have to earn his spot again as Ohio State opens up a competition that will include Teradja Mitchell and potentially Baron Browning again in the middle.

But Tuf Borland has fought his way to the top before, and Zach Boren doesn’t see any reason to count him out moving forward as he returns to the film lab at Lettermen Row for another episode of BuckIQ. What encouraging signs did Boren see in the hard-nosed, aggressive tackler down the stretch?

Ohio State: Five reasons Parris Campbell could be a first-round pick
Ohio State: Why landing Jonah Jackson would be huge for Buckeyes