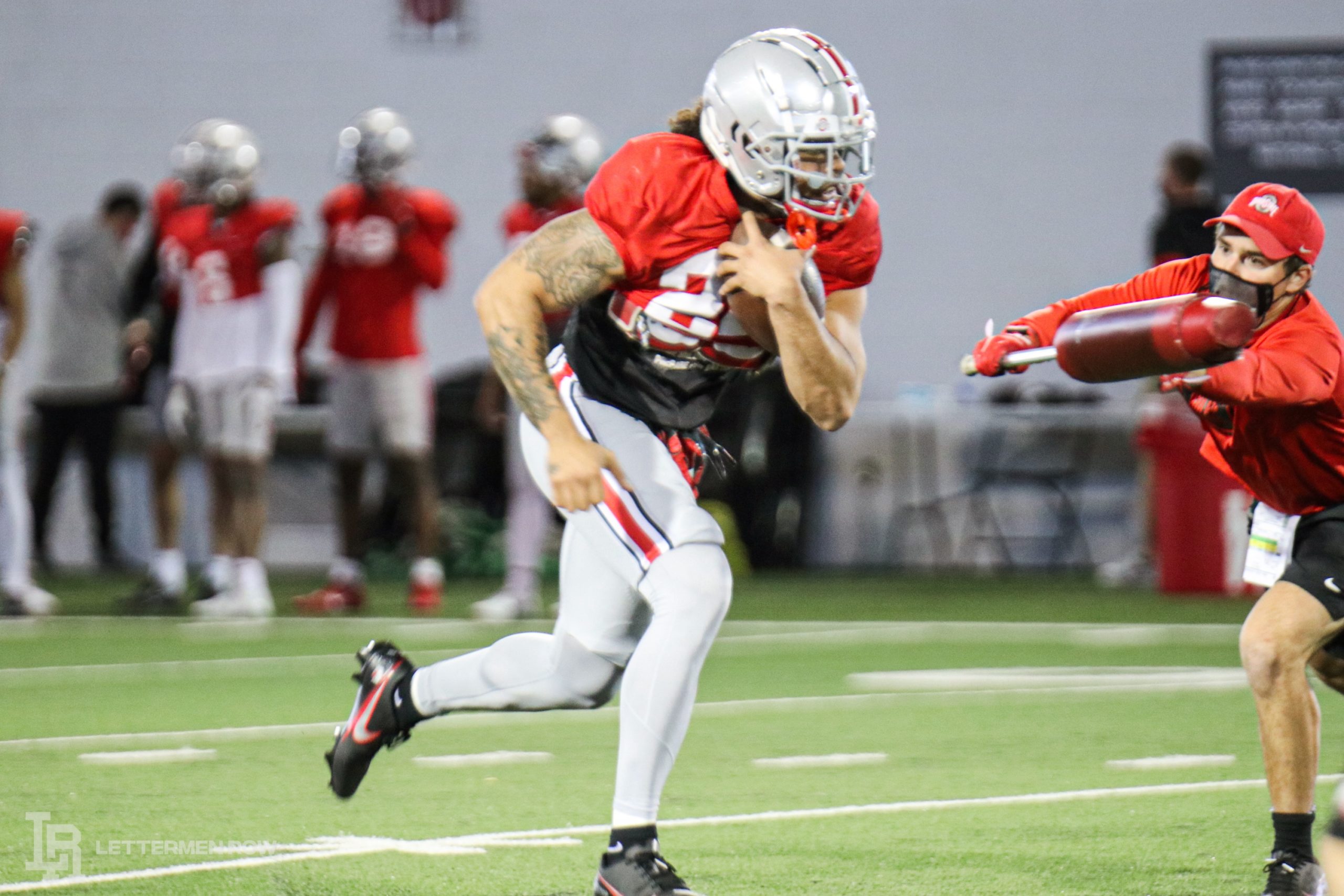 Marcus Crowley is an intriguing option for Ohio State at running back. (Birm/Lettermen Row)

The summer offseason is in full swing, and Lettermen Row is trying to survive it with our annual Position Week breakdowns. By the time all nine units at Ohio State have been covered, training camp and media days will nearly have arrived — and the return of football in the Horseshoe will be just around the corner. We’re continuing Running Backs Week by breaking down how a two-back system could work for Ohio State.

COLUMBUS — Tony Alford has had loaded tailback rooms at Ohio State in the past.

He remembers when J.K. Dobbins and Mike Weber split carries in back-to-back seasons in 2017 and 2018. And then a year later, when Dobbins rushed for 2,003 yards while Master Teague burst onto the Buckeyes scene and became a viable option to give Dobbins breaks.

But Alford has never had a room built like this current Ohio State tailback room. Six different running backs could become the starter. All six are talented enough to get the Buckeyes to a Big Ten title and beyond. Even if the Buckeyes decide on two running backs to dominate the number of carries, they’ll have four capable players on the bench. Two-back systems can be tough to balance and maintain.

That’s why running backs coach Tony Alford won’t commit to one back — or two backs — as the answer for the loaded unit he leads.

“But I think right now, the biggest thing for us is to continue to grow as a football team, continue to grow as a unit and obviously continue to grow individually, those players, and be the best version of themselves, the best players, they can be. If that means that they emerge, one of them or two of them emerge and kind of separate themselves from the pack, then that shall happen. And then in some regards, that may happen. But time will tell. Right now, we’re just trying to get better every day and go from there.”

Alford certainly won’t rule out a system in which two running backs split carries. It helped the Buckeyes win 25 games in two seasons with Dobbins and Weber. Plenty of examples have come before them, too. But giving two backs equal time and sharing the workload can cause a lack of rhythm or can even throw running backs off. 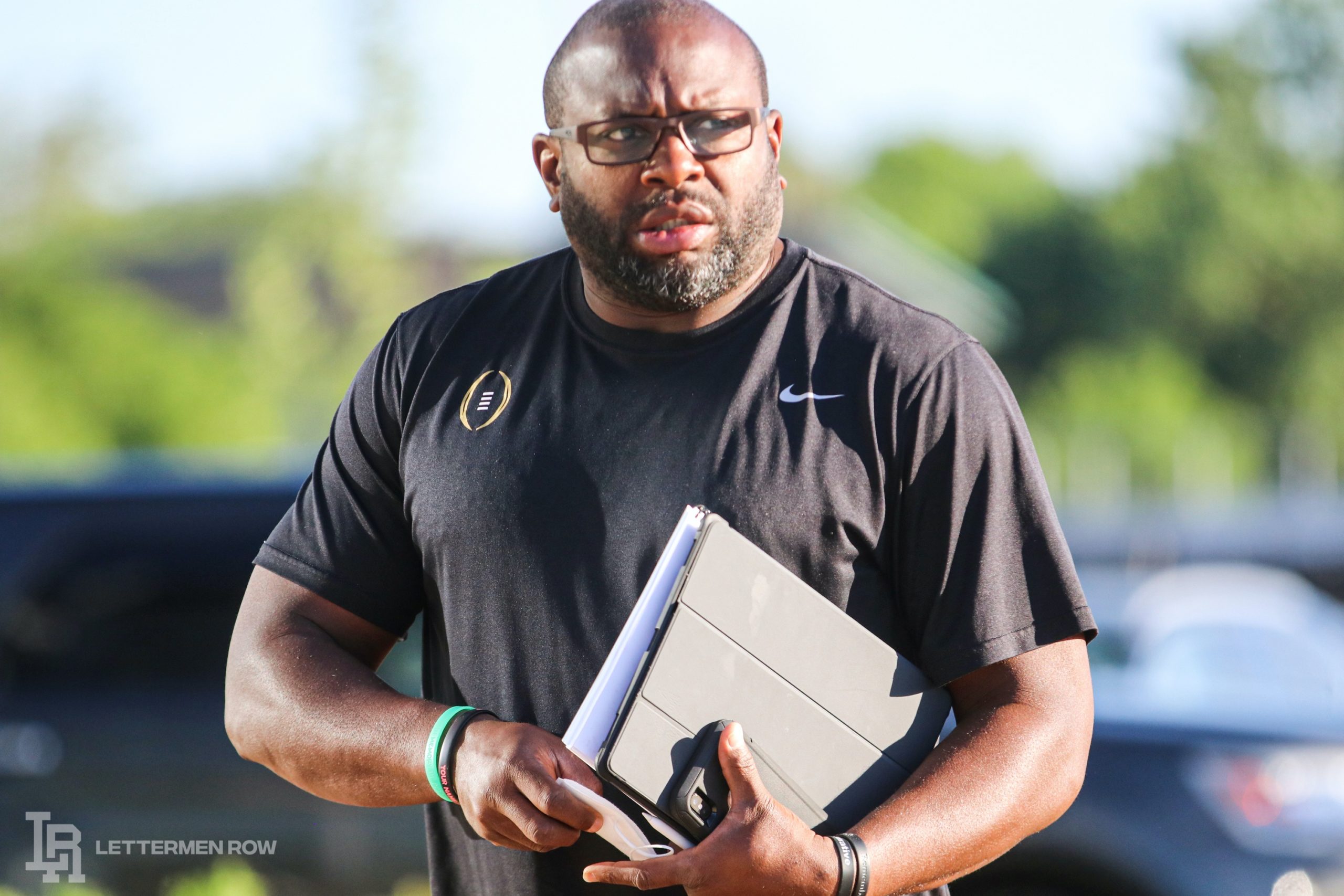 Ohio State has proven it can win with any system of running back — and win big. Will a two-back split be the go-to plan this fall? The Buckeyes have options. Experienced leader Master Teague will be a factor, and any of the other five could be a good change of pace from the bigger Teague. Evan Pryor and TreVeyon Henderson will both be hunting for carries as true freshmen. Talented players such as Marcus Crowley, Miyan Williams and Steele Chambers could be huge contributors — or bona fide starters.

The mix of different tailback options leaves Alford and the Buckeyes with a lot to consider. But one thing is clear: The success of the room as a whole will be key, no matter the starter or backup.

“I think they all understand that, in order for one to have success, they better hope that their buddy behind him can have success too,” Alford said. “Because you need more than one guy that can play and to help the team succeed. They’ve taken to that. That’s become the culture of, not just our running backs, but the culture of our entire locker room. I think that’s cultivated from the top down from our starting with our head coach. When we when we recruit guys, we want to get them together. We want them to know each other.

“So we’re not pitting one against the other.”

The running back room Alford has built entirely through recruiting will be one of the most talented collections in the country. How the Buckeyes use it will be the test. Whether that comes as one back who takes control as a bell-cow, a two-back system or an entire committee approach, Ohio State will win games. And the running back room will be ready for any of those situations.