Connect with us
Ohio State tight end Luke Farrell can be a key weapon in the title game. (Birm/Lettermen Row)

MIAMI — The weapons weren’t exactly secret, and Ohio State wasn’t trying to turn them into a surprise.

But after three games without a single catch from either Jeremy Ruckert or Luke Farrell, that’s exactly what those talented tight ends became in the Sugar Bowl.

In a first-half flurry of touchdowns that helped bury Clemson, the Buckeyes made clear that those versatile, physical athletes who are always key in the blocking schemes can also pick apart defenses through the air. And if Ruckert and Farrell get those same chances against Alabama on Monday night at Hard Rock Stadium, they might just lead the underdog Buckeyes to a national championship.

“I mean, these guys have grown all year,” Ohio State coach Ryan Day said. “They came in this season as one of the more experienced groups on the team. I thought they got better as blockers, did a good job in the run game, and then to see them make some plays in the pass game last week was huge.

“We need those guys to play good and play their best game [against Alabama].” 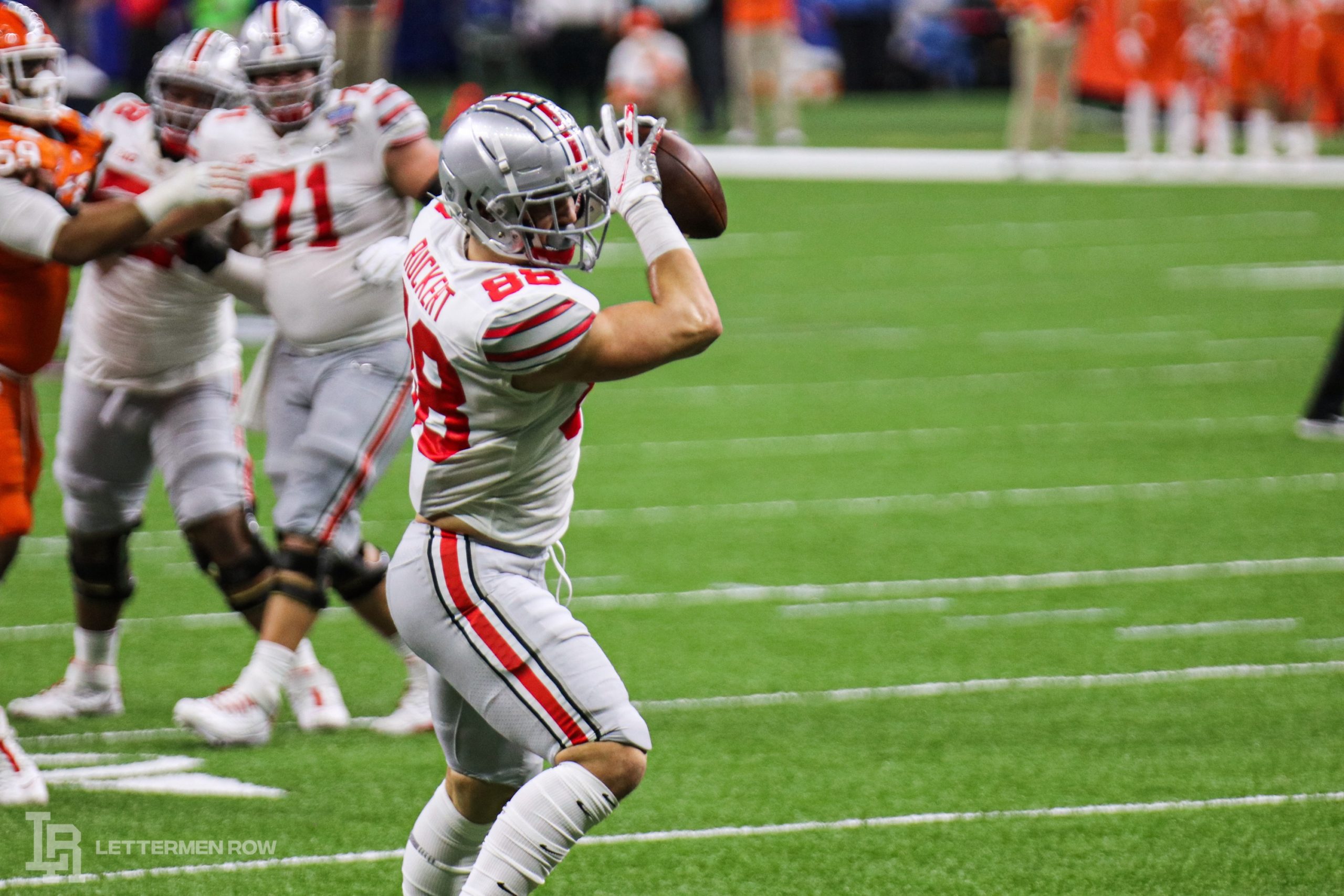 The tight-end tandem did exactly that in the College Football Playoff semifinal to punch the ticket to South Florida, with Farrell and Ruckert ending a catch drought that reached all the way back to Nov. 7 by combining for five receptions and three massive touchdowns in the dominant victory over Clemson. Alabama has also struggled throughout the season to defend that position, and the way Ohio State unleashed its two-tight end sets in the Sugar Bowl makes for a potentially explosive combination in the title game.

After spending much of the season relatively under wraps, the tight ends might just be the X-factors for the Buckeyes when it matters most.

What makes Jeremy Ruckert and Luke Farrell such a dangerous combination for Ohio State? Will the Buckeyes continue to use the tight ends in the national-title game against Alabama? Why didn’t the offense throw to those guys much leading into the Sugar Bowl? Former Ohio State tight end Jake Stoneburner broke down the film and answered those questions in the latest episode of BuckIQ.