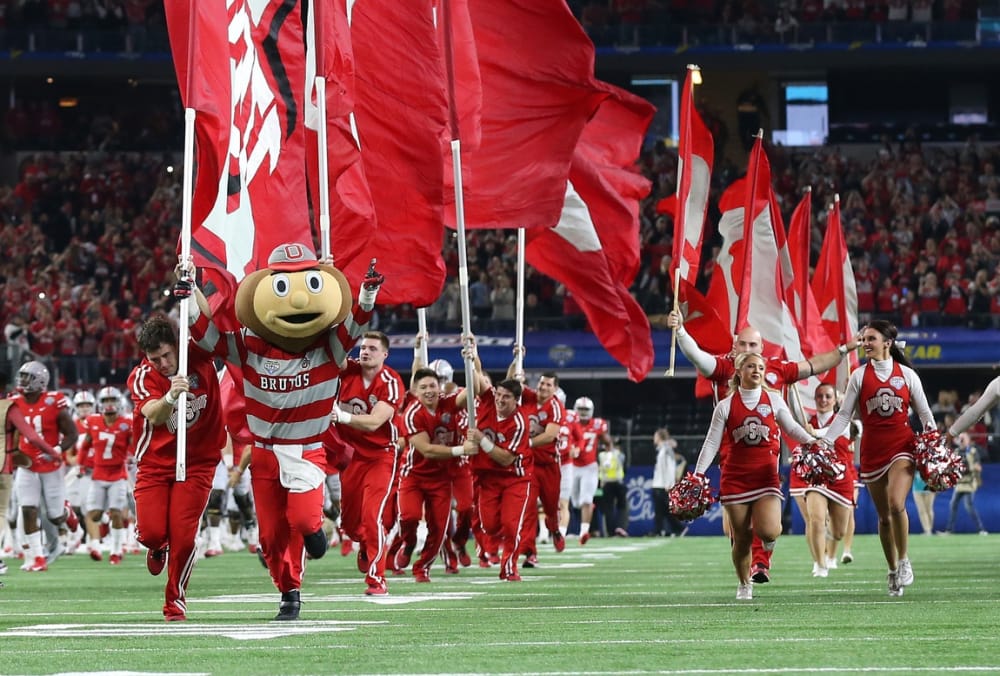 The speculation, debate and conversations about Ohio State never end, and Lettermen Row is always ready to dive into the discussions. All week long, senior writer Austin Ward will field topics on the Buckeyes submitted by readers and break down anything that’s on the minds of the Best Damn Fans in the Land. Have a question that needs to be tackled, like the one today on the game pick for Ohio State’s matchup with TCU? Send it in right here — and check back daily for the answers.

What is the best way to mortgage everything I own and lay it on OSU -13?

There is never anything certain in college football, and the picks at Lettermen Row don’t come with a money-back guarantee. But even if the first two weeks were glorified exhibitions for Ohio State, a significant part of the reason for that is how ridiculously loaded the roster is that Urban Meyer has assembled.

Now, obviously Meyer won’t be around for the trip to Texas and the top-15 showdown with TCU. Certainly the Horned Frogs are much better equipped to give a test to the Buckeyes with a talented, speedy bunch of players of their own. And, sure, AT&T Stadium is close enough to TCU’s campus in Fort Worth that it might be stretching it to call this a true neutral-site matchup, even if there will be no shortage of scarlet and gray in the building.

But even with all those caveats, it’s difficult to see the reigning Big Ten champions getting sidetracked at this point. The passing attack with Dwayne Haskins at quarterback has been elevated to a higher level without sacrificing anything from a powerful ground game. No defensive line in the country has been more impressive through two weeks than the Rushmen. Even where there might be positions of slight concern, new contributors at safety or linebacker have now had a couple weeks of reps and learning experiences to get ready for a tougher test — and talent isn’t a question considering the caliber of recruits Ohio State is developing.

These are the kinds of games that the Buckeyes live to play, and they have burst out of the gates with the kind of energy, motivation and focus that should serve notice around the country that they are intent on getting back to the College Football Playoff. Of course, doing that against Rutgers and Oregon State isn’t really much of a strong message. But this week marks a clear opportunity for Ohio State to establish itself, and it also would surely hate to go back to work ahead of Meyer’s return to the sideline next week.