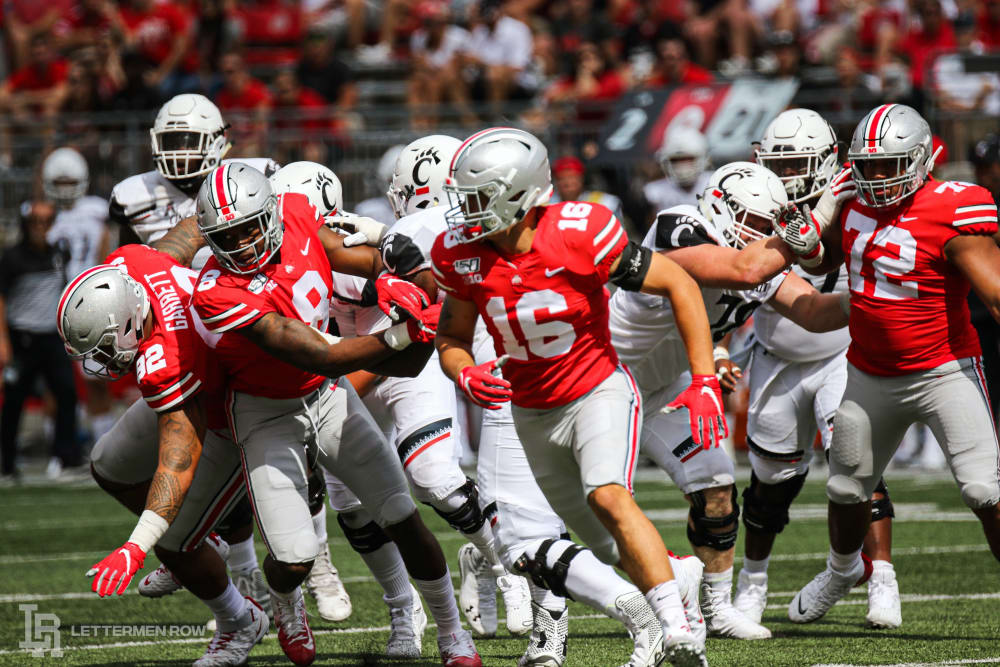 Ohio State is establishing an edge in all three phases of the game so far this season. (Birm/Lettermen Row)

The speculation, debate and conversations about Ohio State never end, and Lettermen Row is always ready to dive into the discussions. All week long, senior writer Austin Ward will field topics about the Buckeyes submitted by readers and break down anything that’s on the minds of the Best Damn Fans in the Land. Have a question that needs to be tackled, like the one today about the Ohio State and the special teams? Send it in right here — and check back daily for the answers.

Why does special teams seem inconsistent in their FG and punt blocks? Olave's last year and Young's last week seemed to go off without a hitch, but all other times, we aren't even very close to blocking it.

The depth and versatility is obvious on one of the most explosive offenses in the country. Talent and athleticism was never really a question for the Ohio State defense, especially now that it’s getting quality coaching to match.

But with a roster that is overflowing with gifted players, it’s on special teams where the Buckeyes are really pressing their advantage. And when the competition inevitably gets tougher for Ohio State, that’s where the program will really be able to set itself apart and potentially swing outcomes — as Michigan can obviously attest after what happened a year ago and Cincinnati found out last week.

For the record, blocking punts and fields goals is difficult, so expecting the kind of flawless execution that Chris Olave provided in The Game or Chase Young gave with a well-placed hand against the Bearcats on a regular basis isn’t realistic for a number of reasons. Opponents can max protect, for starters. And there are also plenty of times when the Buckeyes aren’t even looking for a block, either wanting to set up a return or playing it safe to defend against a fake — especially since they have been burned by aggression a couple times over the last two years. 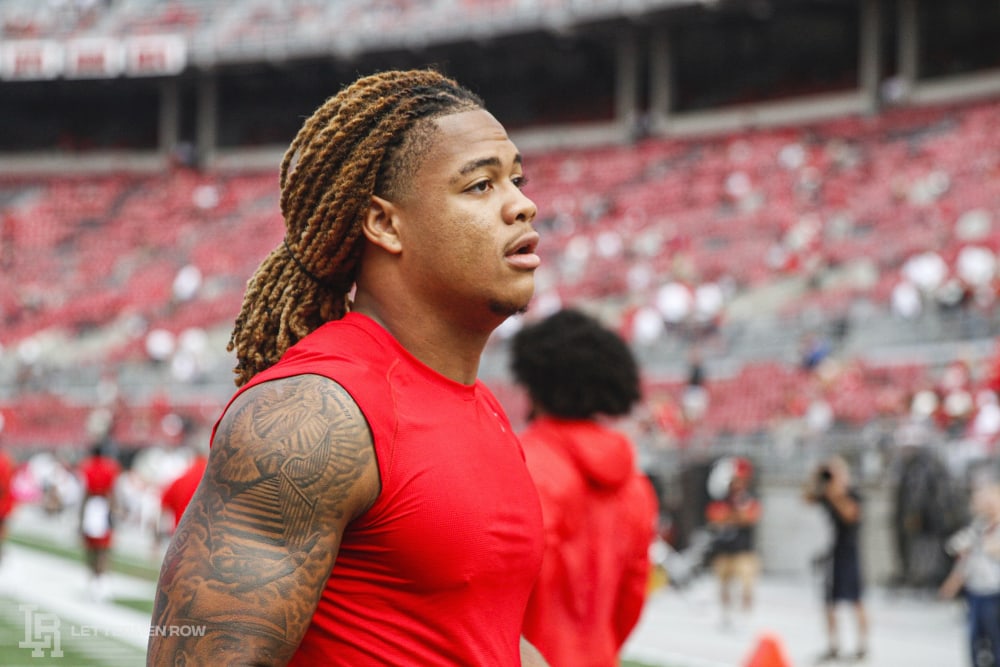 The truth is that Ohio State was one of the most successful teams in the country a year ago when it comes to getting a hand on kicks, and that’s almost certainly going to be the case again this year. The Buckeyes blocked four kicks year ago, finishing No. 10 in the country in that category — and only three programs in the country blocked more punts than Ohio State’s three. That number might seem like it could be bigger for the Buckeyes, but the rankings from last season provide a clear-cut reminder of just how difficult it is to get a block in the first place.

What’s interesting about the latest one for the Buckeyes is who all was involved it. Young is perhaps the best overall player in the entire country, and Ohio State wanted him on the field for a play that wound up swinging the momentum and opening the dam for a blowout. The Buckeyes also put 6-foot-8 freshman Dawand Jones out there to provide a big, physical presence in the middle, and it will be fascinating to see if that continues. As an offensive lineman, Jones is a long-term project and should be heading for a developmental season. But Ohio State can play him in four games without giving up his redshirt, which could allow it to pick and choose spots to unleash the tallest player on the roster to defend field goals.

Beyond those attempts at blocks, Ohio State has one of the best punters in America in Drue Chrisman. Its kickoff coverage unit has been hailed as one of the best in the country for several years. Blake Haubeil has been getting solid reviews and drilled his only field goal attempt so far this year from 46 yards. And after a lengthy drought in the return game, there are signs of life thanks to the elusiveness and speed of K.J. Hill and Demario McCall.

Obviously the high-powered offense and a much-improved defense are going to fuel Ohio State’s bid to win another Big Ten crown. But it might be the special teams that push it over the top as a national contender.