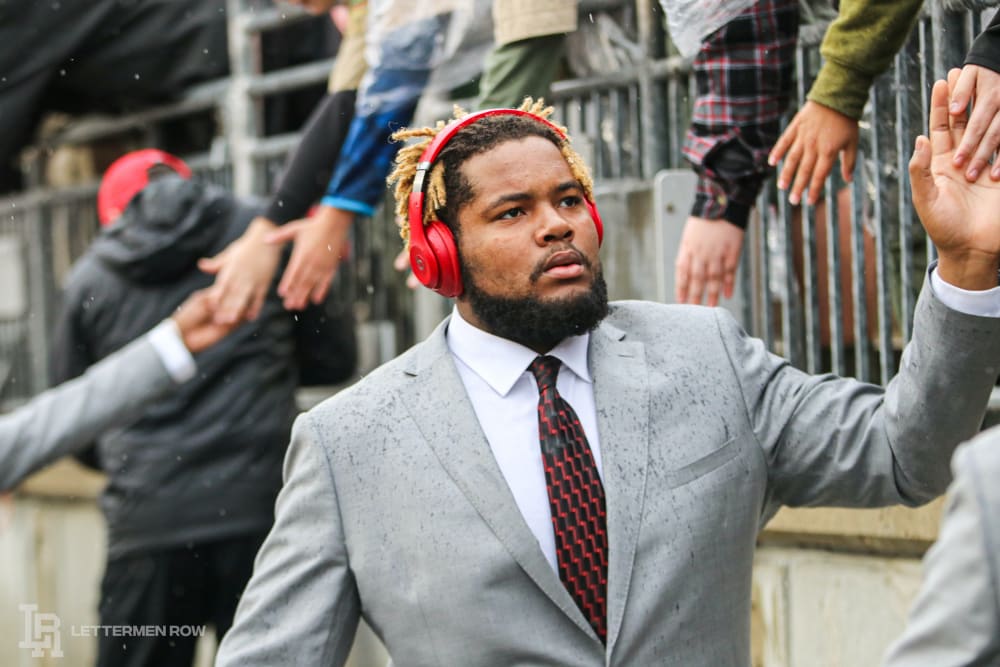 Ohio State captain Wyatt Davis is returning for another season with the Buckeyes. (Birm/Lettermen Row)

COLUMBUS — Wyatt Davis was heartbroken, and that’s not usually a common feeling on draft-declaration day for a soon-t0-be millionaire.

Typically the NFL announcement is a celebration, the culmination of years of brutally tough workouts, countless sacrifices and incredible achievements on the field. But on Friday morning as Davis called from California, he was instead struggling with conflicting emotions.

“It’s bittersweet,” Davis told Lettermen Row. “It’s tough. I came back to win a national championship, and to not have that chance now hurts.

“I wanted to play this season with my brothers.”

A couple days later, Shaun Wade was expressing the exact same sentiments as he announced his intentions to move on to the NFL Draft while the Big Ten was still sorting through the uncertainty of a fall season. 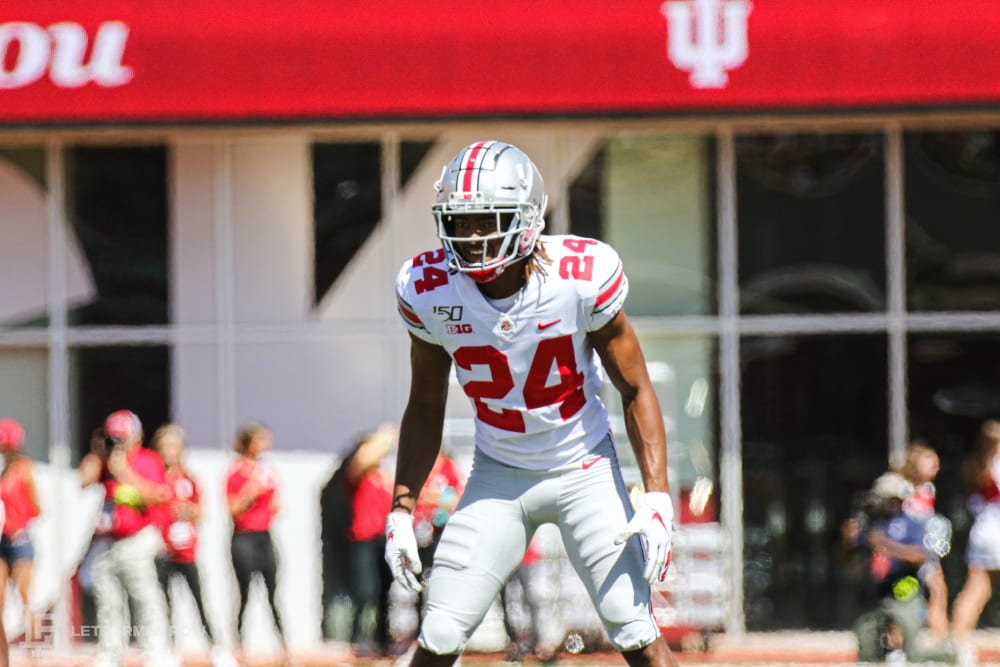 Wade had already put off his professional career once so that he could graduate, potentially became a captain for the Buckeyes and try to chase down the national championship that slipped away from the program in December. And he was still willing to do it all over again if the conference could just put together a plan for Ohio State.

“There was no clarity [last week], and now there’s some clarity going on with a season and with the protocols and everything,” a relieved Wade told Lettermen Row on Thursday. “I feel comfortable playing with the season going on now. But at the end of the day, I knew I wanted to come back. That was where my heart was. I came back the first time for a reason, and that’s to win a national championship.

“Really, I just can’t let my brothers down.”

The Buckeyes obviously aren’t the only program that talks openly about brotherhood, teamwork and tight-knit bonds. But Davis and Wade both just provided another unmistakable example that it’s not mere lip service at Ohio State.

Both of those Buckeyes are surefire first-round draft picks with relatively little to gain by returning for another season in the Big Ten. And yet they did it anyway, with both pointing directly to the chance to be around their teammates to work toward the ultimate team goal together one more time.

The culture at Ohio State has always been rock solid, but it’s hard to shake the feeling that it’s perhaps the strongest it has ever been right now. The Buckeyes have something special going on, and that was already clear even before Wyatt Davis and Shaun Wade elected to return. But just in case there was any doubt, a pair of future first-round picks buying plane tickets so they can get back to report for the grind of training camp as soon as possible leaves no doubt.

The Buckeyes brotherhood is real, and it appears to only be getting stronger.