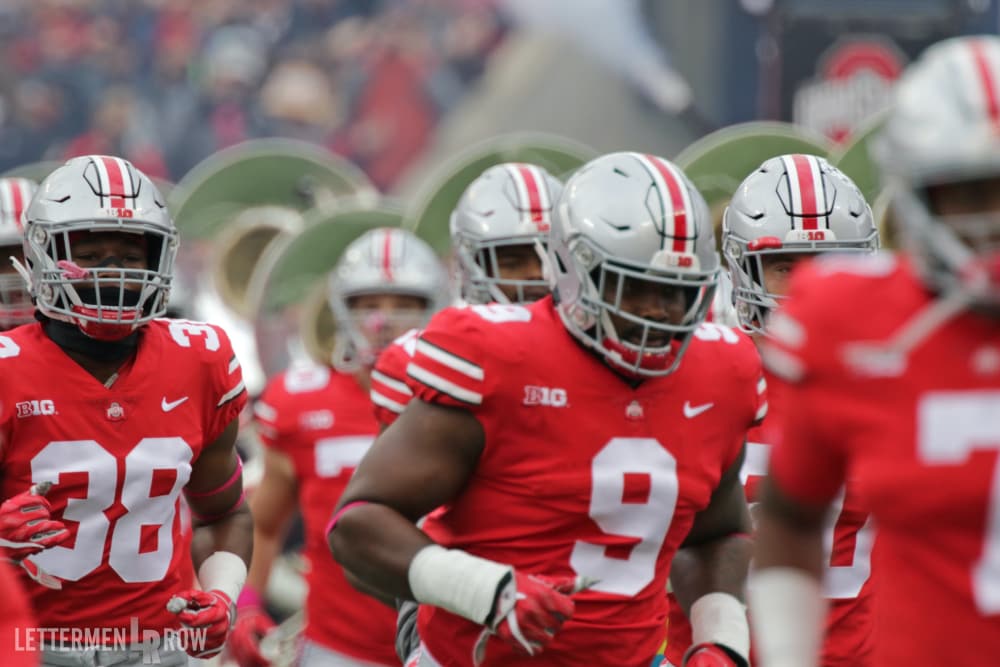 Ohio State will host Nebraska when it returns from its off date on Nov. 3. (Birm/Lettermen Row)

COLUMBUS — Ohio State won’t be getting a primetime stage at the Horseshoe this season.

After having to play every road game so far this year at night, the Buckeyes won’t get the chance to do the same as a host when Nebraska comes to Ohio Stadium on Nov. 3 as they return from their off date looking to make a run at the Big Ten championship.

Ohio State is coming off a shocking upset loss on the road against Purdue on Saturday, the second consecutive season it has dropped a game on the road against an opponent from the Big Ten West Division. Nebraska is the last team from that half of the league the Buckeyes are scheduled to face in the regular season, and they’ve had plenty of success against that program recently.

They’ll need that to continue if they’re going to get the ball rolling again and start the kind of run that produced late-season magic for them a year ago on the heels of a stunner against Iowa that left no margin for error in the Big Ten race.

“We have good players, good coaches and we’ll get to work,” Ohio State coach Urban Meyer said. “We lost a game last year and came right back. We have good guys, and we’re going to work our you-know-whats off and get this thing right.”

The Huskers might provide a golden opportunity to rebuild some confidence and work out a few issues.

Ohio State has won the last three meetings against Nebraska, all of them by at least 25 points — and including a 56-14 throttling last season in Lincoln. Urban Meyer hosted one of his first marquee events as the coach of the program against Nebraska in 2012, leading Ohio State to a wild 63-38 shootout win on the way to an undefeated season.

Nebraska has stumbled out of the gates in its first season under Scott Frost, dropping its first six games before getting a breakthrough win over Minnesota last week.