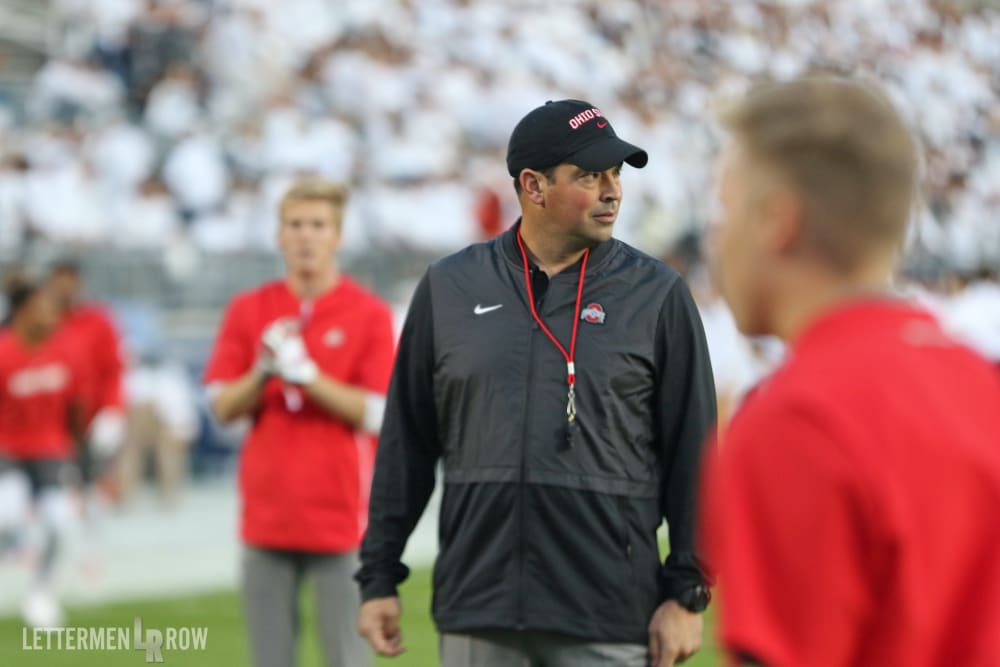 Ohio State coach Ryan Day is making a major impact on the Buckeyes in a hurry. (Birm/Lettermen Row(

COLUMBUS — Ryan Day was never going to just ease into one of the most pressurized jobs in college football when he officially took over at Ohio State.

The staff needed to be evaluated, and there was an unofficial deadline to make sure there was a complete group of coaches in place by the end of the recruiting dead period. There were NFL futures to be weighed for the Buckeyes, which provided yet another set of personnel-shaping decisions for the future, both in the short and long term. And there was an elite quarterback on the transfer market to be landed, which eventually would produce another putting his name into the database to pursue an exit.

So, it’s been a whirlwind for Day and Ohio State since the Rose Bowl ended and put a cap on the career of Urban Meyer. Maybe there will be some chances for everybody to catch their breath soon — but don’t count on it with a program that never slows down.

What has Lettermen Row learned so far about Ryan Day and the program moving forward? Let’s break it down.

There might be some debate about the exact power rankings of staff members at Michigan, but there can really be no argument that Greg Mattison and Al Washington were near the top. Ohio State swiped them both to kickstart the hiring process, a stinging blow that adds insult to the 62-39 injury the Wolverines suffered at the Horseshoe in November. Lists of prospective targets from outside the Woody Hayes Athletic Center rarely included names from the other sideline in The Game, because it’s exceedingly rare to switch sides — especially directly from one program to the other. The fact that Day not only was bold enough to pursue Mattison to co-coordinator the defense and Washington to be an ace recruiter and lead the linebackers is one thing. Landing them both is a major victory and a clear reminder of who has the upper hand in the rivalry. 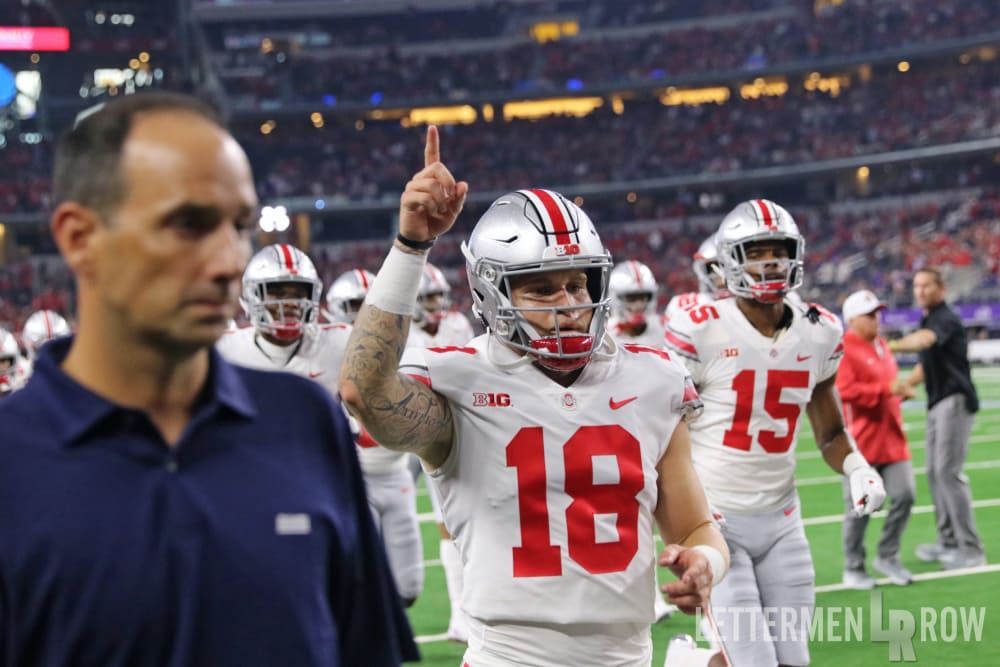 Ohio State quarterback Tate Martell could be heading for a transfer. (Birm/Lettermen Row)

Depending on the perspective, the Ohio State quarterback situation either got a lot more complicated — or it’s already clearing itself up. The addition of Justin Fields was a massive move and reflection of confidence elite passers around the country have in Day and the Ohio State offense now. But it was probably always going to come with a little bit of risk to the rest of the depth chart, and that revealed itself in a hurry with Tate Martell dramatically changing course from his vow to fight for the job by putting his name in the transfer database. Martell doesn’t have to leave just because he took that step, but the writing appears to be on the wall that he’ll be heading elsewhere — and honestly, the redshirt freshman probably wasn’t going to be favored to emerge from a three-man battle against better passers like Fields and Matthew Baldwin. Relying on the NCAA is never a comfortable spot, and nothing is guaranteed with the appeal for eligibility Fields is waiting on. But if Martell leaves, that might actually make life simple for the Buckeyes.

Part of the process may not have been by choice with Alex Grinch electing to leave for Oklahoma, and Ohio State handled the long-assumed exits of Greg Schiano and Billy Davis well by allowing them to mutually part ways and head for the NFL. But massive changes had to be coming to regain the glory of the Silver Bullets after the worst statistical season in school history, and Day didn’t waste time putting together a staff. The Buckeyes blended a mixture of veteran coaches and up-and-comers in the profession. They brought in some NFL experience and put that together with touted recruiters on the college scene. And while a judgment can’t be made for a while, Ohio State has set the table for what amounts to a complete overhaul — save for the defensive line, which was already in tremendous shape with Larry Johnson around. 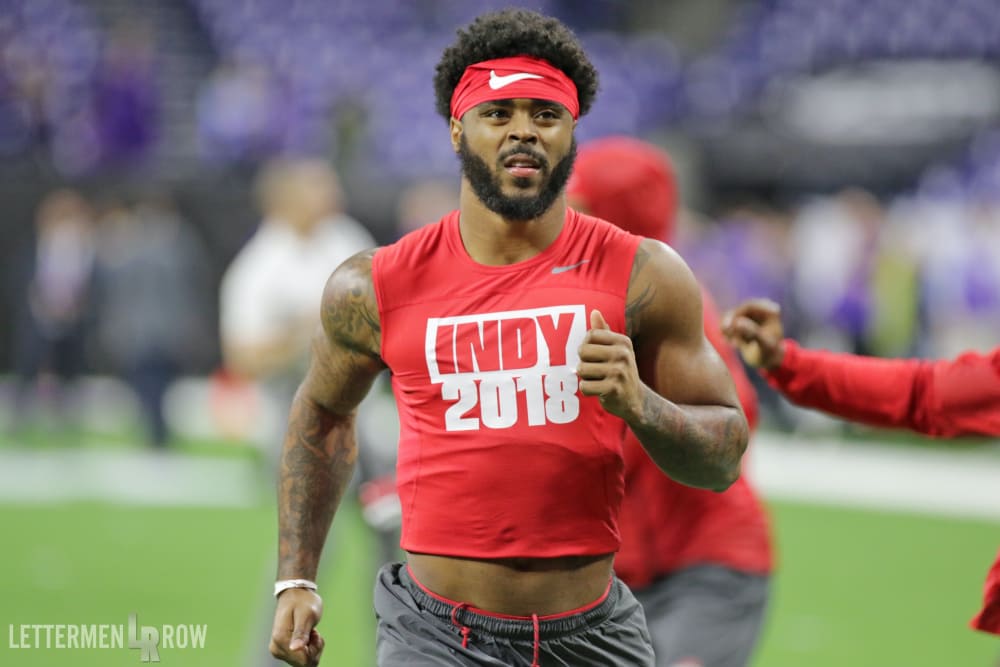 Ohio State cornerback Damon Arnette announced that he will return to the Buckeyes. (Birm/Lettermen Row)

Buckeyes are winning at draft deadline

Perhaps it seems a bit unlikely given all the big names that have declared for the upcoming NFL Draft and are forgoing their remaining eligibility to consider Ohio State a winner. But even with Nick Bosa, Dre’Mont Jones, Dwayne Haskins, Michael Jordan and Mike Weber all moving on, the Buckeyes have helped offset by coming out on top in a few situations where they were expecting to suffer more attrition. Safety Jordan Fuller, cornerback Damon Arnette and linebacker Malik Harrison all elected to return to the Buckeyes when they could have launched professional careers now. And throwing in K.J. Hill on the offensive side, those veterans will be a huge boost to the effort to get back to the College Football Playoff. Ohio State might still wind up losing Kendall Sheffield at the deadline, but it should be thrilled by the list of guys who choose to stick with the program for another season.