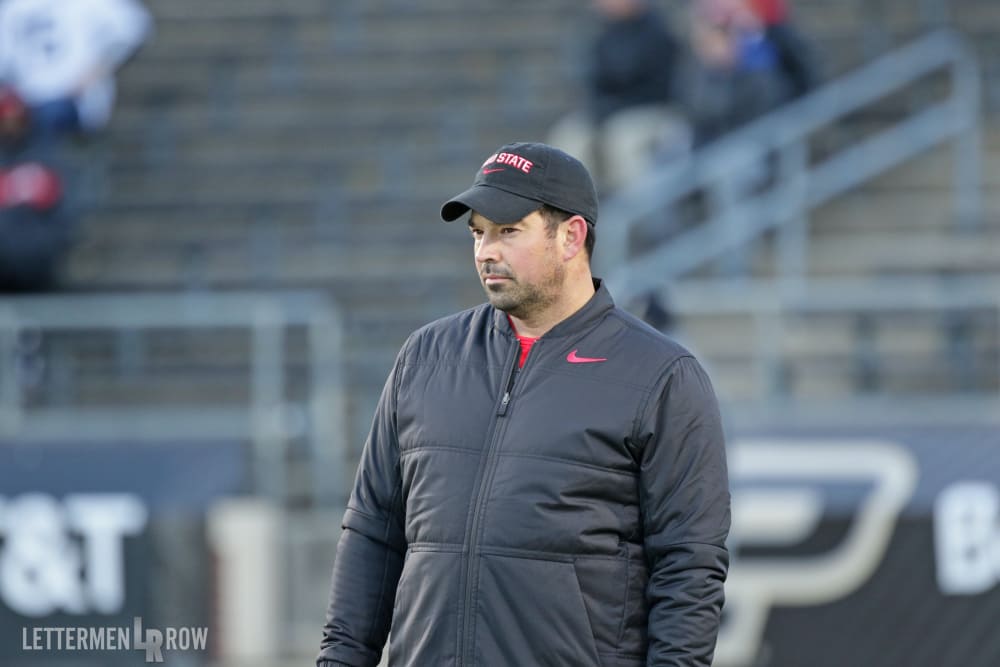 Ohio State coach-in-waiting Ryan Day will need to add at least one offensive coach to his staff. (Birm/Lettermen Row)

The speculation, debate and conversations about Ohio State never end, and Lettermen Row is always ready to dive into the discussions. All week long, senior writer Austin Ward will field topics on Urban Meyer and the Buckeyes submitted by readers and break down anything that’s on the minds of the Best Damn Fans in the Land. Have a question that needs to be tackled, like the one today about Ohio State freshmen? Send it in right here — and check back daily for the answers.

What changes would you make to the staff if you were Day? Who would you try to bring in?

LOS ANGELES — There will be at least one new face on the Ohio State coaching staff, that much is certain.

With Ryan Day’s elevation to the head-coaching job and Urban Meyer retiring, there is already one vacancy that must be filled as the Buckeyes transition into the future. And since the program has already known there was a job available, the work has almost certainly started to identify a candidate for the offensive coordinator spot that belonged to Day previously — and it might even be close to a deal.

Multiple sources have indicated to Lettermen Row that Oklahoma State offensive coordinator Mike Yurcich is a name to watch for the Buckeyes once the Rose Bowl is in the rearview mirror and Day gets to work on putting his imprint on the staff. At the moment, Ohio State has been using Corey Dennis to fill the 10th spot on the staff as a recruiter, and it will be interesting to see what role the senior quality control coach will have moving forward since the only other potential change on that side of the ball would likely be on the offensive line. It feels like a reasonably safe assumption that Kevin Wilson would be retained to continue his prolific partnership with Day, but adding another quarterback guru with Ohio ties and recruiting experience like Yurcich would be a strong, savvy move. 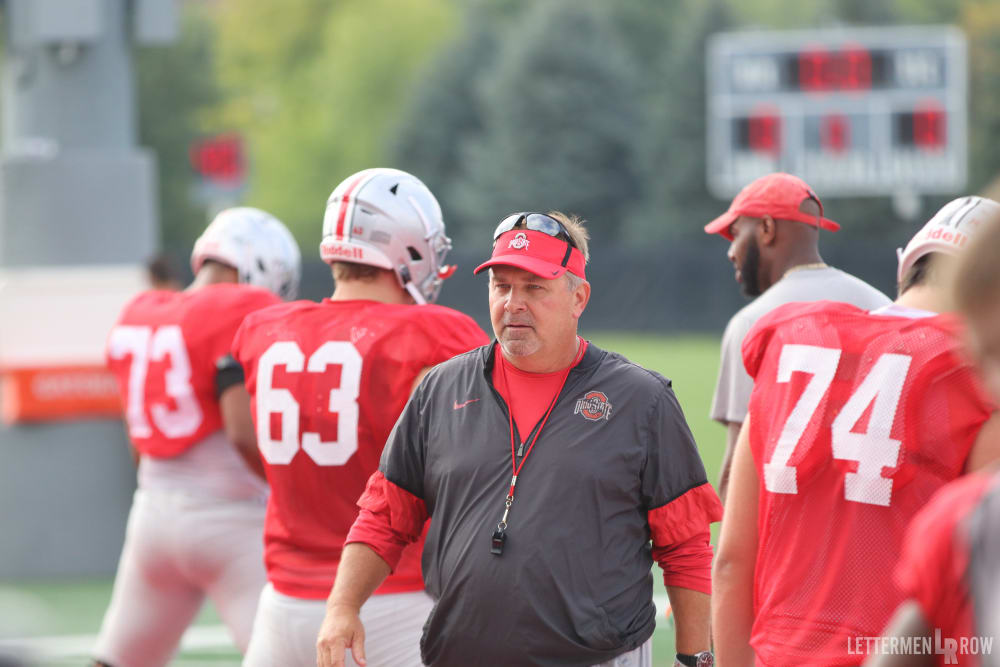 Ohio State assistant Kevin Wilson has been a key figure for the prolific Buckeyes. (Birm/Lettermen Row)

The most interesting dynamic as Day takes control is what he decides to do in terms of handling the play-calling. He’s obviously dialed up the attack from the field before with tremendous success, and he wouldn’t be the first head coach to keep that important responsibility for himself. But he might also want to pull back at times for a big-picture perspective on the sideline like Meyer had throughout his career, allowing the coordinators to primarily handle the snap-to-snap duties but reserving the right to weigh in when necessary or veto anything he doesn’t like.

Building a staff of veteran offensive minds who share a vision for the power-spread and the evolution of the Ohio State passing attack will be important for Day — even if what he winds up deciding to do on defense figures to be far more crucial. How he proceeds with the uncertainty around defensive coordinator Greg Schiano and linebackers coach Billy Davis will almost certainly be more meaningful in determining Ohio State’s championship ceiling next season, but that will have to wait until the days after the Rose Bowl.

So, too, will more definitive answers on offense. But the wheels for the Buckeyes appear to already be in motion.

Buckeyes struggle at home against Iowa, fall for third-straight loss