Connect with us
Loading the player...
Ohio State defensive end Zach Harrison is poised for another breakout game. (Birm/Lettermen Row)

COLUMBUS — Ohio State won’t ever admit it publicly, and nothing is ever guaranteed in college football anyway.

After not having any non-conference tuneups during this most unusual of seasons, though, it has to at least be tempting to look at Rutgers that way as the Buckeyes storm into Saturday night’s matchup as a nearly 40-point favorite.

Ohio State obviously has to handle its business early before it can truly entertain the notion of getting a bunch of young guys experience. But the Buckeyes had also better have a plan for how it might want to handle those reps in a blowout, because that opportunity certainly seems likely.

“Any time you’re going into a game, you’re just trying to win the game,” Ohio State coach Ryan Day said. “That’s the focus. You do try to get an idea in terms of a depth chart, you’ll go through and say: ‘OK, is this guy game ready?’ If he is and the moment is right for whatever reason … you feel good about putting him in the game.

Practically all of them will wind up in the same place with Ohio State on top.

But how will the Buckeyes get there against Rutgers? The Lettermen Row crew is getting ready for the Big Ten East Division matchup like always by diving into Five Bold Predictions for the Buckeyes. 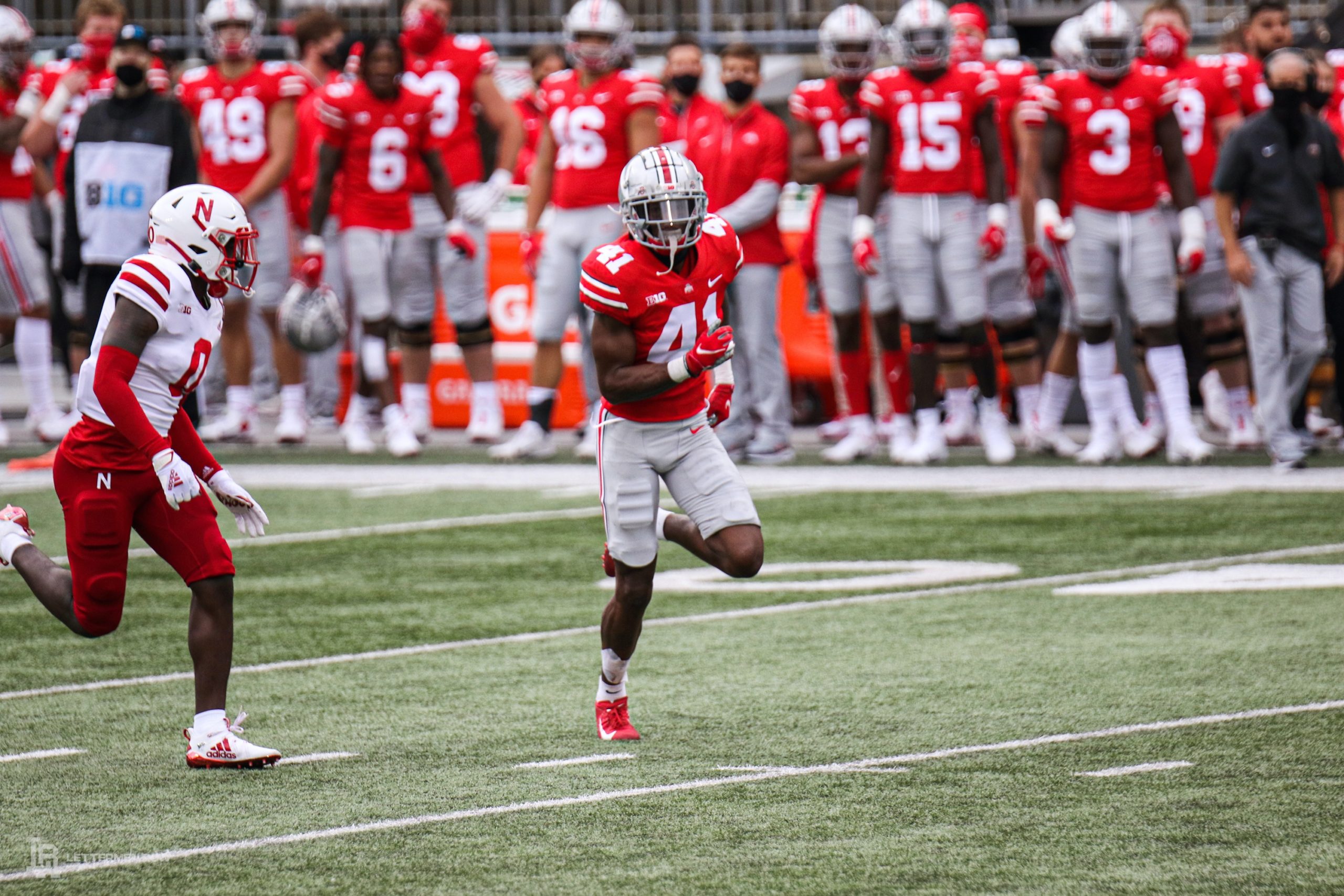 After a couple seasons of growing pains and literal injuries, it’s clear that Josh Proctor is finally starting to tap into his incredible potential in the secondary. The Buckeyes have been getting creative with their personnel groupings in the defensive backfield, and that’s going to have to continue with Cameron Brown out for the rest of the season — which should play right into Proctor’s strengths. The junior is a violent presence against the rush, and he’s also quite well regarded as a ballhawk against the pass. It’s unclear if his score is going to be a fumble recovery or interception return, but Proctor is ready to make a house call for Ohio State.

Listen pal, these aren’t tame predictions, OK? Ohio State is going to run Rutgers off the field on Saturday, and Justin Fields may throw for a pair of first-half touchdowns and maybe even run for one. But the Buckeyes are going to pound the ball down the field against the Knights and take a 35-point lead into halftime. Then C.J. Stroud will get his first chance to play for the Buckeyes, and he’ll lead Ohio State to a 28-point, four-touchdown third quarter before giving way to Gunnar Hoak and Jack Miller in quarter four.

Tim May: Julian Fleming will shine for Ohio State

Jaxon Smith-Njigba was the first of the celebrated Ohio State haul of freshman receivers to step up — make that step in — and turn heads. It was two weeks ago in the opening romp over Nebraska, that leaping grab and toe-tap inside the back line of the end zone for his first collegiate touchdown. Against Rutgers it is going to be the turn of another member of the Fab Four, and the gut feeling is it’s going to be Julian Fleming. The young man from Pennsylvania who looks more like a junior is probably going to get a few more chances to show his wares, unlike the one catch he snagged in the opener. According to those who have watched him in practice, he is up to the task. 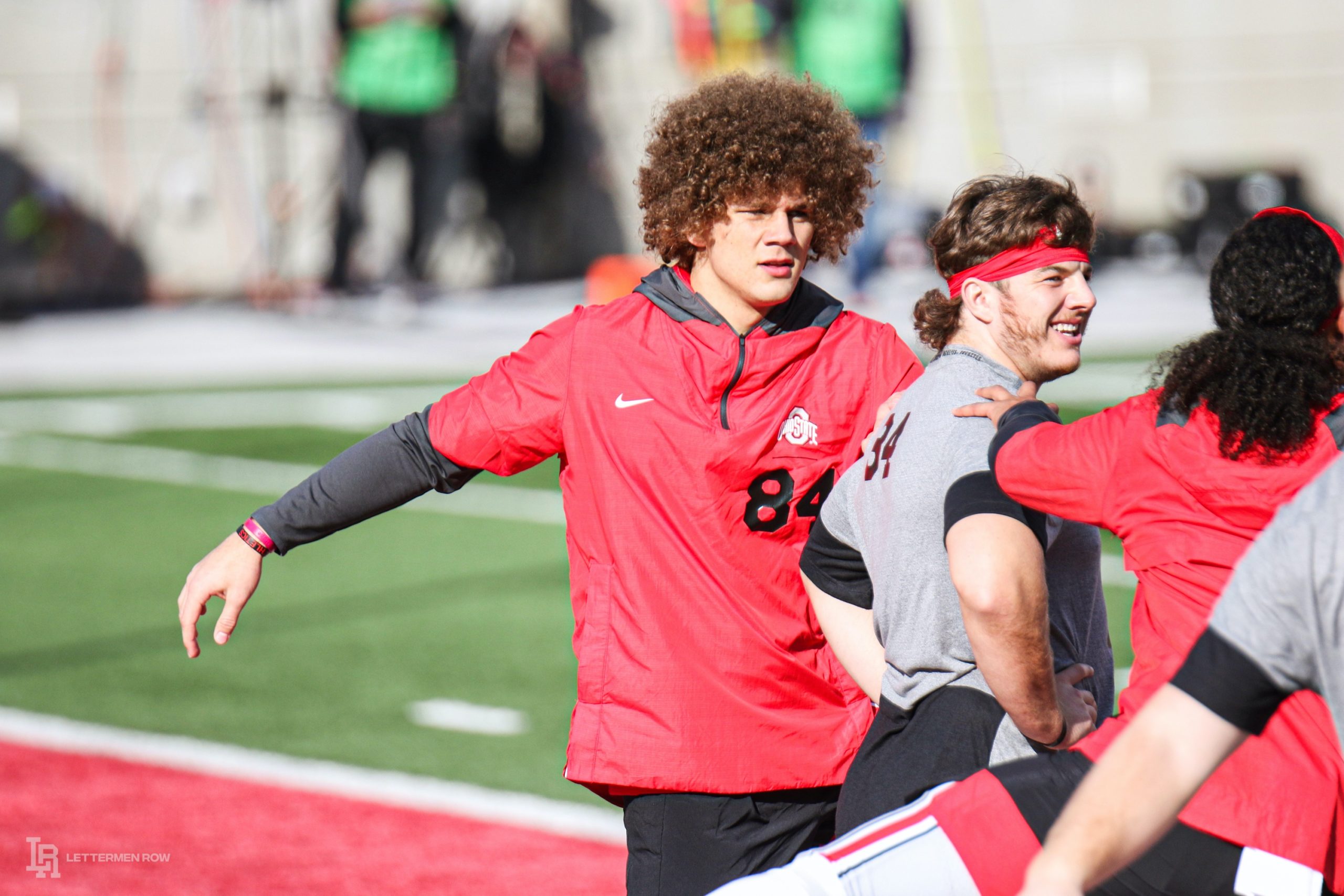 Ohio State is going to maul Rutgers — that’s not a secret. So expect the second- and third-string Buckeyes to find plenty of opportunities to make plays throughout the game. I expect C.J. Stroud and Jack Miller to play extensively and throw extensively to give them real reps rather than just handoff reps. And I fully expect them to move the ball easily on Rutgers defense. One of those throws will result in a touchdown for the freshman tight end who showed incredible ball skills in high school. He’ll have a chance to show them for the first time at Ohio State on Saturday, and it’ll get him in the end zone.

Zach Harrison has been steady if not spectacular through a couple outings to start the year, but he’s due for his breakout game of the young season. The sophomore defensive end has been relatively quiet so far, but I expect that to change on Saturday night. Last week Jonathon Cooper, Tommy Togiai and Haskell Garrett had monster games. The inept Rutgers offensive line is going to be focused on those guys, and as a result Harrison will rack up at least two sacks against the Scarlet Knights. Harrison will have to get his production early because it will be mostly second and third string guys in the second half.