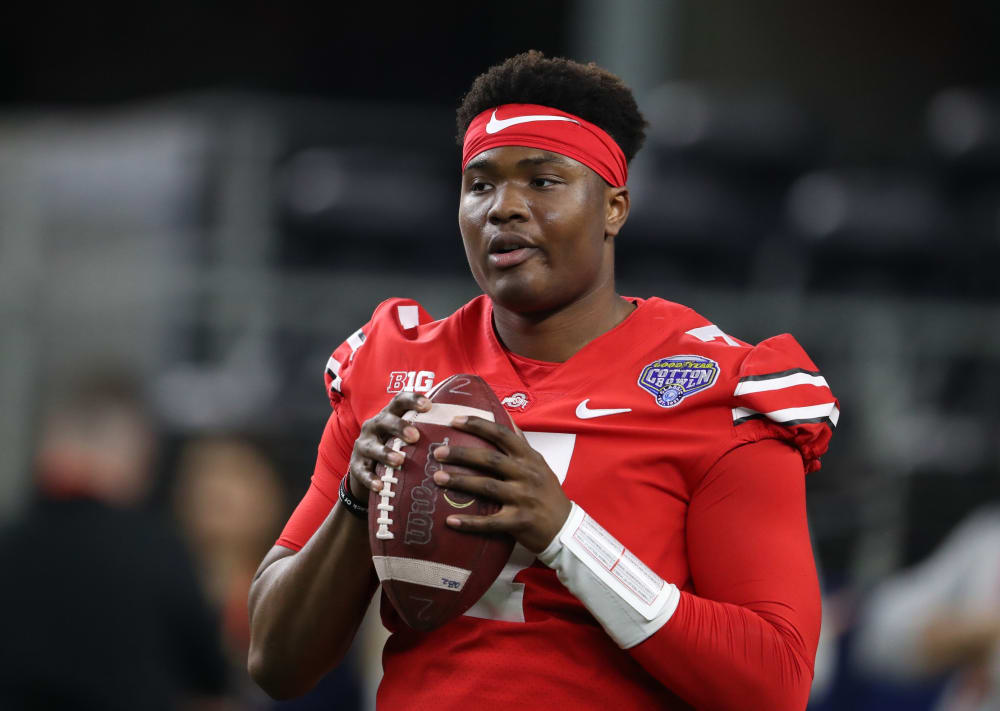 The speculation, debate and conversations about Ohio State never end, and Lettermen Row is always ready to dive into the discussions. All week long, senior writer Austin Ward will field topics on the Buckeyes submitted by readers and break down anything that’s on the minds of the Best Damn Fans in the Land. Have a question that needs to be tackled, like the one today on Dwayne Haskins and the quarterbacks? Send it in right here — and check back daily for the answers.

Who is the 3rd string QB?

There might not be a position anywhere in the country that is scrutinized quite like the quarterbacks at Ohio State. Given the sky-high expectations for the program, the size of the fan base and the importance of that job, it’s no surprise that the spotlight would be so bright on the Buckeyes. Of course, it doesn’t hurt that program always seems to have one of the most intriguing situations in the country, too.

This season, obviously, is no different. Dwayne Haskins is officially the guy for Ohio State and will be making his first career start on Saturday against Oregon State. That by itself is fascinating, since he’s already become the odds-on favorite for the program to win the Heisman Trophy based largely off the impressive comeback he engineered off the bench last year in The Game against Michigan. But that’s only scratching the surface for the Buckeyes.

Right behind Haskins and pushing for playing time throughout training camp is a rock-star backup, with Tate Martell having arrived on campus last year as something of a celebrity already. His dynamic athleticism has produced months of speculation about how acting head coach and offensive coordinator Ryan Day will use Martell, and the Buckeyes tossed some gasoline on the fire Monday by confirming that the redshirt freshman is going to play in some capacity.

“Tate made some great progress, he really did,” Day said. “Especially in the last two weeks he made a really big push. Dwayne will start on Saturday, he’s the starter. But the plan is to play Tate. How, when, or anything like that, we don’t know yet.

“But he’s been getting better. So the two of them really got the majority of the reps because Matthew [Baldwin] still isn’t ready from his knee, and so all the reps that were had were really split in two.” 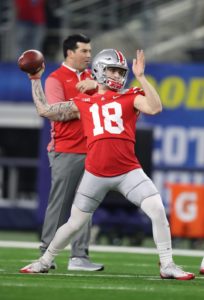 That’s where the depth chart gets really interesting for the Buckeyes, because there still isn’t a clear-cut timetable for when Baldwin might be cleared for business in the third spot.

No matter what, Ohio State is dealing with a unit that has virtually no relevant experience for the program. The Buckeyes brought in graduate transfer Chris Chugunov from West Virginia as added security, but he hasn’t been in the system long enough to really be expected to contribute in the short term. So, for now, that means walk-on Kory Curtis would be next in line if Ohio State was pressed into sending a third-stringer out to lead the offense.

Curtis has some decent physical tools at 6-foot-3, 230 pounds heading into his sophomore season, and he just turned a few heads during training camp by getting his black stripe removed. Depending on how quickly Chugunov can absorb the playbook, it’s possible that his live reps and two previous starts in his career with the Mountaineers would help give him an edge for that third spot early in the season. Eventually, though, there’s no question that Baldwin will be the option Ohio State is invested in and wants to develop this season to prepare for the future.

All of that is going to need some time to play out for the Buckeyes. But with the season opener just days away, Ohio State is supplying must-watch drama at quarterback — just like usual.