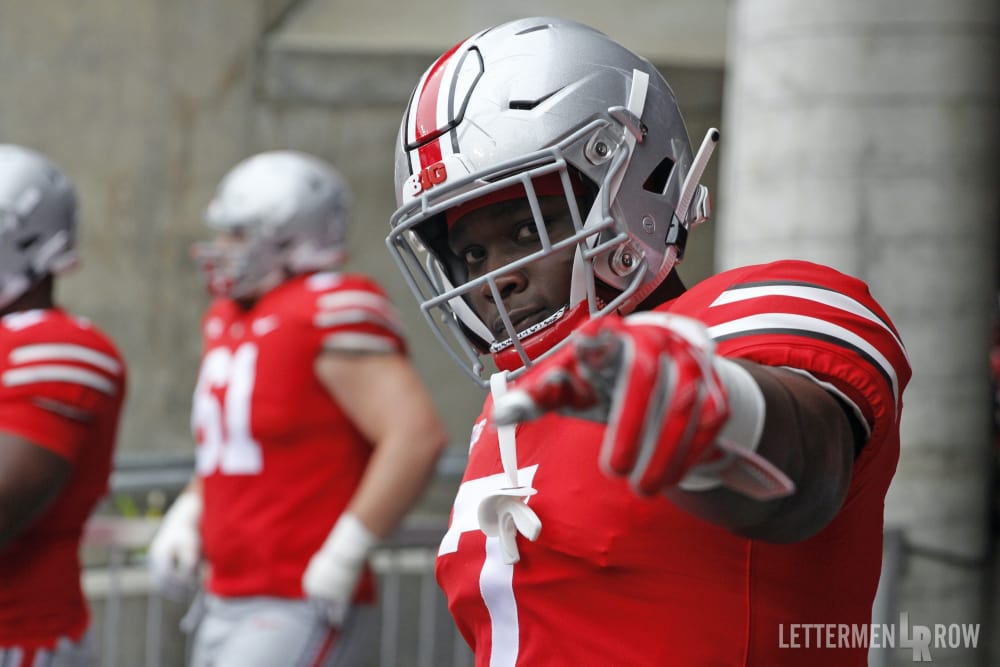 COLUMBUS — The rivalry discussion will inevitably pop up at Ohio State like it always does, but it’s just not necessary with Penn State.

By now it should be established without a doubt that Urban Meyer places The Game above everything else, and no matter how competitive Penn State might be making the series, it’s not going to get that same label as Michigan.

But what the Nittany Lions can provide is elite competition. And with the jury still out on the Wolverines, Penn State also might be providing higher stakes when it comes to the Big Ten East Division and the race for the College Football Playoff. Make no mistake: This is a massively important matchup for the Buckeyes, regardless of whether it officially counts as a rivalry game or not.

So, if that’s not really up for debate as Ohio State gets back to work after throttling Tulane, what pressing questions must it answer this week? Lettermen Row is ready to set the table.

Are the Silver Bullets ready to fly?

For the most part, the Buckeyes cut down on the explosive plays and they only gave up six points to the Green Wave. That should be considered a step forward defensively, regardless of the level of competition. But are the linebackers ready for the test that Penn State will present offensively? Has Isaiah Pryor picked up enough experience through four games to provide reliable safety help alongside Jordan Fuller? Are the Rushmen truly going to sustain the pressure without Nick Bosa? Those are a lot of questions, obviously, but this is an opportunity for the Buckeyes to definitively answer and prove that the Silver Bullets are capable of matching the program’s high standard.

What does Dwayne Haskins have in store next?

Even before Dwayne Haskins became the starting quarterback at Ohio State, he had already proved he wouldn’t be fazed by tough situations. It’s hard to come up with a better testing ground than on the road, in the cold, against a rival, in a rivalry game and trailing in the second half like Haskins faced last year at Michigan. So, heading to Penn State with national-title implications hanging in the balance is certainly a pressurized environment, but it’s not like Haskins hasn’t already shown that he can handle it. These are the kinds of matchups where legends are built, and given the absurd level Haskins is playing at during the first month of the season, it doesn’t seem that crazy to put this week in that sort of context for him. 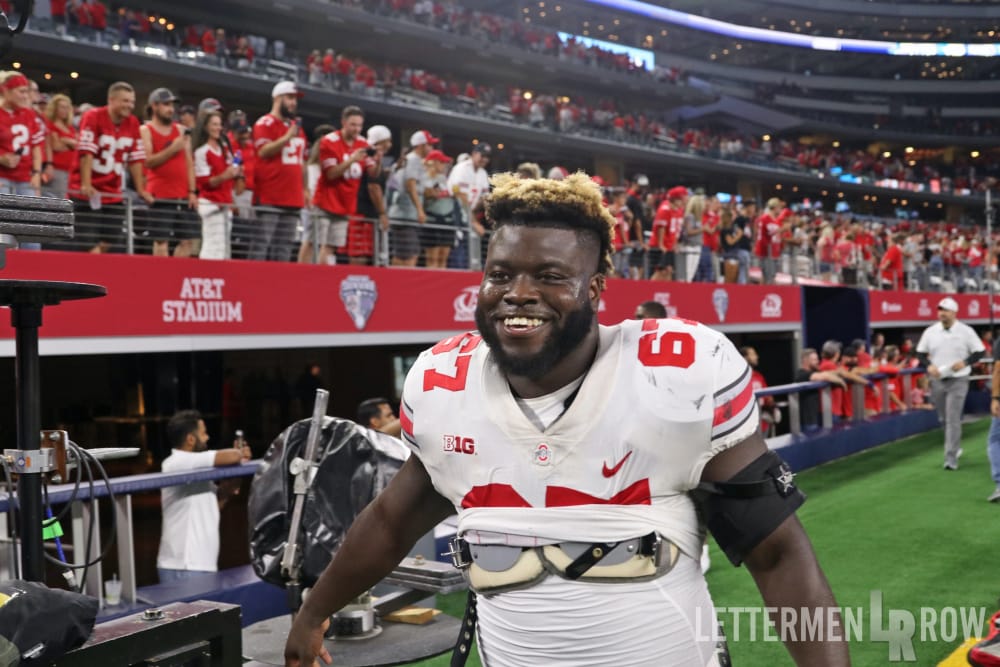 Ohio State defensive tackle Robert Landers was held out of the Tulane game as a precaution. (Birm/Lettermen Row)

How healthy is Ohio State?

There probably won’t be any additional clarification on how long Nick Bosa will be out, but it’s a safe bet that Ohio State will officially rule the star defensive end out of the Penn State game quickly following his surgery last week. But there are two other starters who will bear monitoring for the Buckeyes as the week progresses, and the status of both will be key to the game plan. Mike Weber suffered a foot strain and spent the second half on Saturday in street clothes, but the running back is supposed to be fine to play against the Nittany Lions — so J.K. Dobbins won’t have to handle the workload by himself. Robert Landers was held out of the Tulane game entirely after Meyer had labeled the defensive tackle “probable” late last week, so that was likely just a precaution to have him ready for the Nittany Lions. The Buckeyes will need them both on hand.

How much will Parris Campbell get the football?

The way Ohio State spreads around the football and the selflessness the wide receivers have with their teammates is admirable. But if there’s one guy who is making it clear that there should be a concerted effort to get him more touches, right now it’s Parris Campbell. His speed has always made Campbell a weapon, but in the past he was somewhat limited by inconsistent hands and route-running that wasn’t always where Ohio State needed it to be. But the veteran is turning into the complete package at wideout, and his athleticism allows him to turn even simple plays into game-changers. The Buckeyes need to keep him heavily involved moving forward, particularly this week against Penn State.

What’s up with the coaching-staff speculation?

Ohio State statement from Gene Smith: "We obviously are appreciative of Coach Day's great work, and hope he continues to be one of our offensive coordinators for a long time, but we are more than confident Coach Meyer will be our head coach for quite some time."

Ohio State worked quickly to downplay the report from The Athletic on Saturday night that the program was discussing a plan to make offensive coordinator Ryan Day a coach-in-waiting behind Urban Meyer. But that probably won’t keep it from becoming a topic of conversation for the Buckeyes this week, and the timing in that regard isn’t ideal for anybody. Yes, Day was thoroughly impressive during Meyer’s suspension and the Buckeyes want to keep him around as long as possible. It’s logical that sort of arrangement would be presented as a way to accomplish that. But September probably isn’t a time for negotiations — and Meyer just signed a contract extension earlier this year, just returned to the sideline on Saturday and is preparing for one of the biggest games of the season. Odds are neither Day nor Meyer are spending any time worrying about the future beyond Happy Valley.