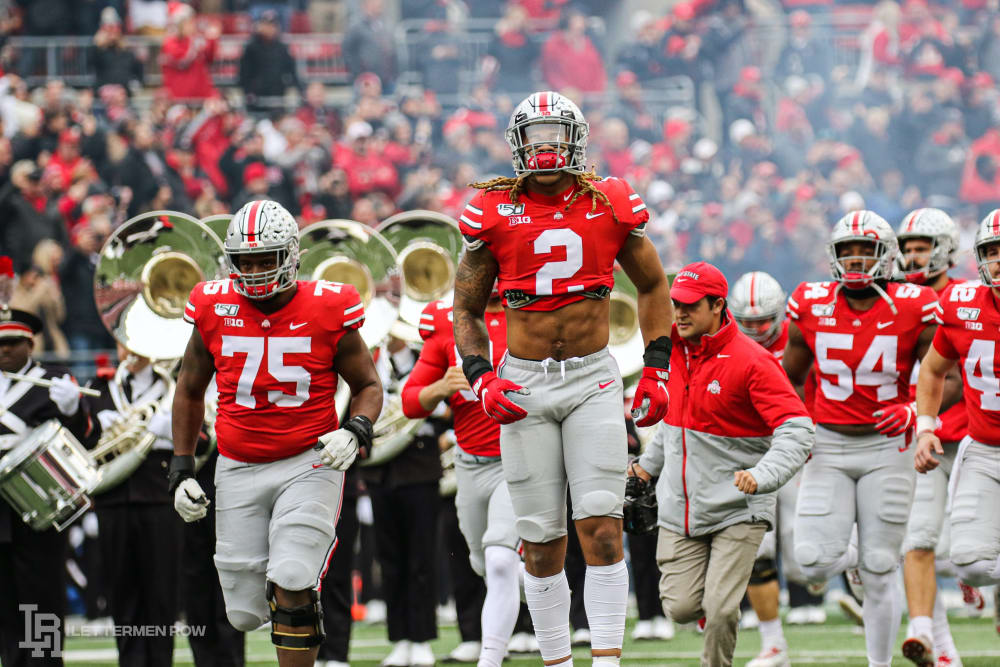 Ohio State opened as a favorite on the road at Michigan. (Birm/Lettermen Row)

COLUMBUS — Ohio State already has the Big Ten East locked up. Its ticket to the Big Ten title game is already punched.

But that doesn’t take any importance away from Saturday’s trip to Michigan.

The Buckeyes have won seven straight over Michigan — including last season’s beatdown in Columbus, when Ohio State was an underdog. The Buckeyes have dominated the rivalry since the turn of the century. They prepare for it every day.

For the 116th edition of The Game, unbeaten No. 2 Ohio State opened Sunday as a 9-point road favorite over No. 10 Michigan, according to Circa Sports.

Ohio State had been a double-digit favorite in every game this season until this week. And the Buckeyes have won every game by double-digits, the closest win coming in Saturday’s thrilling 11-point win over Penn State. That Penn State game was a four-quarter test, the first of its kind for this season’s Buckeyes. But the real test is going to be how Ohio State responds after a tough game with an even tougher one on deck.

Of course, the Buckeyes go through a daily practice session that focuses on Michigan. Now that the game is here, the preparation is reaching its end. Ohio State knows the challenge it has.

“We live it every day. the Team Up North is something that we talk about every single day,” coach Ryan Day said. “And the best way to respect a rivalry is to work it every day. And we do. Once this game got over — we’re going to enjoy this one. This was a hard-fought win, a top 10 team, really well coached.

“But quickly we transition to that rivalry game, which means everything to us.”