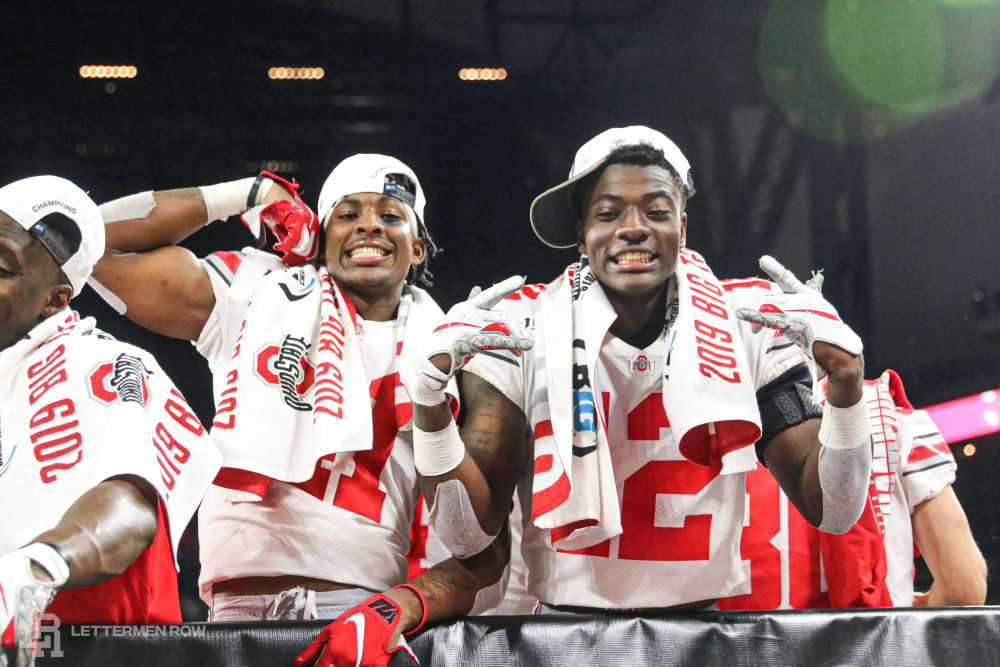 Ohio State learned who it will play in the College Football Playoff. (Birm/Lettermen Row)

After a perfect 13-0 regular season and a come-from-behind win in the Big Ten championship game, the Buckeyes already knew they were headed to the playoff before the selection show. Now, they know their opponent, the No. 3 Clemson Tigers.

The oddsmakers acted quickly after the playoff pairings were announced. Ohio State will head to the Playstation Fiesta Bowl in Glendale, Arizona, as a 1-point favorite against Clemson, according to Las Vegas Superbook.

Ohio State has been favored in every game this season.

Ohio State had rolled through its first 10 games before facing adversity against Penn State, a small amount in the rivalry against Michigan and then again in the Big Ten title game, when the Buckeyes trailed at half before storming back to beat a ranked opponent by double-digits in three straight weeks.

“It’s definitely a good game for the nation to see when we get tested, how we handle adversity,” Buckeyes superstar defensive end Chase Young said after the Big Ten title win. “I feel like as you see today, we handle adversity pretty well. So I feel like that’s a big part of playing this game.”

The Buckeyes would certainly love to blow every opponent out. And a two-score win over a top-10 Wisconsin team is never a bad thing. But the adversity may prove to be a blessing in disguise as the College Football Playoff comes on Dec. 28.

As long as Ohio State wins, it doesn’t care at all about spreads, totals and Las Vegas lines made for sharks. And now the Buckeyes know where they’ll go and who they need to beat to win a national title.

After failing to cover the spread against Wisconsin, the Buckeyes dropped to 9-4 against the number this season. They also failed to cover in the season opener against Florida Atlantic, the road game against Rutgers and the home win over Penn State. Clemson is 10-3 this season against the spread.