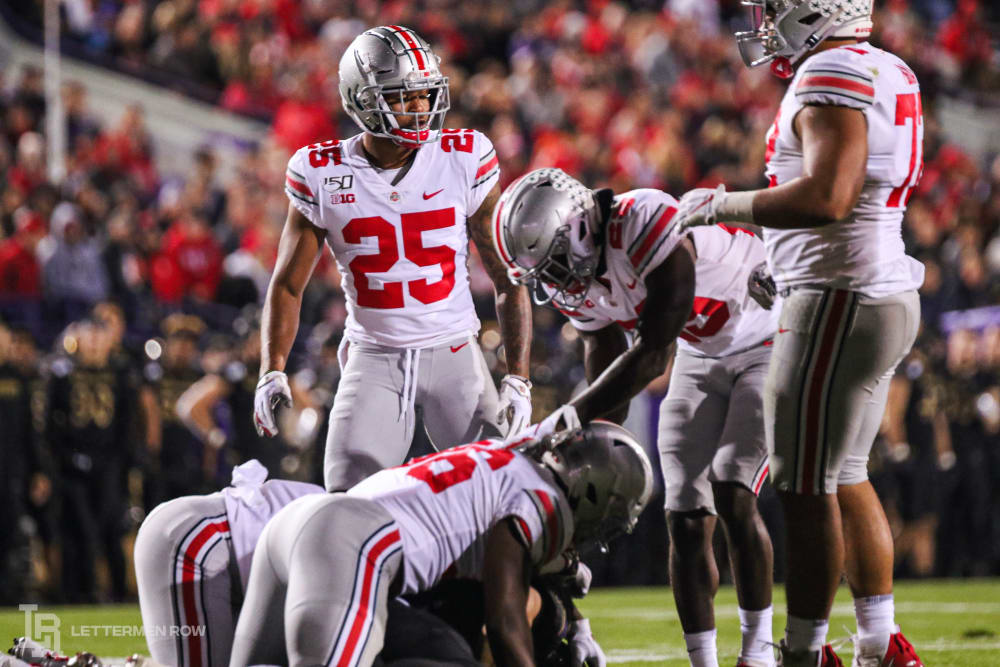 Ohio State will be a favorite once again this season when it plays Wisconsin on Saturday. (Birm/Lettermen Row)

COLUMBUS — Ohio State rolled through another opponent and easily covered another massive spread.

After a dominant 52-3 demolition of Northwestern on the road, the Buckeyes return home for a big showdown against Wisconsin, and they’ll do so as a 14-point favorite, according to VegasInsider.com.

The Buckeyes have been a double-digit favorite in every game this season, including the ranked matchups with Wisconsin and Michigan State.

The betting line may have opened as a tighter matchup had the Badgers went on the road and beat Illinois before coming to Columbus, but they didn’t. Illinois pulled off a massive 24-23 win over Wisconsin, dimming some of the hype surrounding the Buckeyes and Badgers.

But it’s still going to be a big game for Big Ten superiority and College Football Playoff clarity. If the Buckeyes win, they’ll add a second top-25 win to an impressive resume that includes beating teams by an average of 41.7 points per game.

If the Badgers can rebound and pull off the upset, they can find themselves back in the mix despite last week’s loss.

“We definitely had this one marked on our schedule,” Ohio State defensive end and captain Jonathon Cooper said. “We try to focus on every single game, every single week, because we can’t look over any of our opponents on our schedule at all. We have respect for all of them. And we’re going to respect [Wisconsin] especially. We know Wisconsin is a good team. We just have to go out there and play our best game.”

Ohio State will also try to continue a trend against Wisconsin. The Buckeyes are 6-1 against the spread, and the lone time they didn’t cover was in the season opening win against Florida Atlantic, when the backups were in for much of the second half.

Wisconsin, meanwhile, is 5-2 against the spread on the season, failing to cover against Northwestern and losing outright to Illinois.