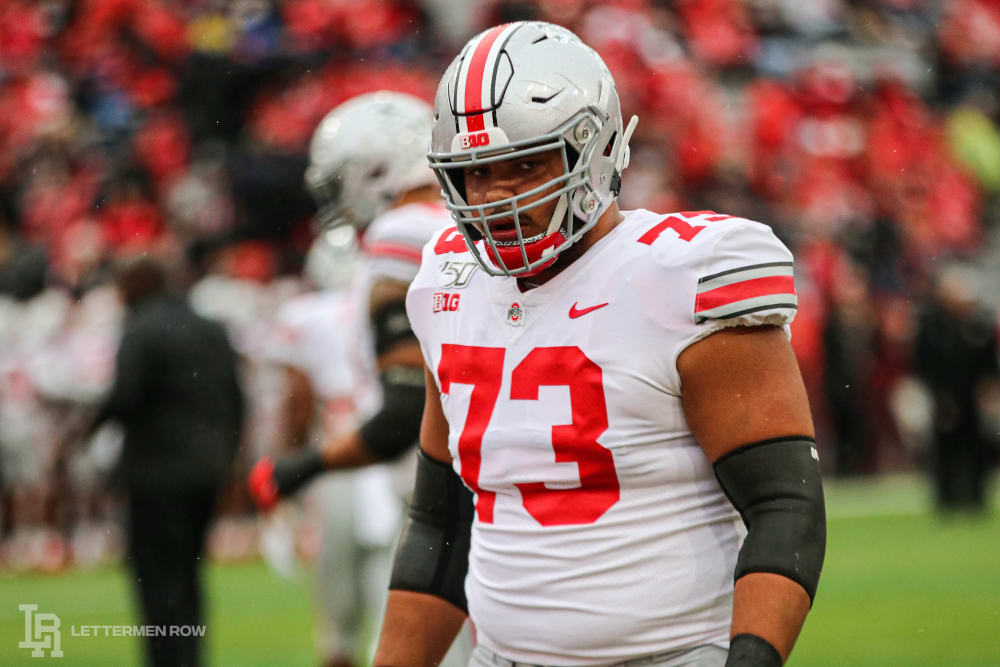 Ohio State left guard Jonah Jackson has been a force for the Buckeyes so far this season. (Birm/Lettermen Row)

The speculation, debate and conversations about Ohio State never end, and Lettermen Row is always ready to dive into the discussions. All week long, senior writer Austin Ward will field topics about the Buckeyes submitted by readers and break down anything that’s on the minds of the Best Damn Fans in the Land. Have a question that needs to be tackled, like the one today about the Ohio State and the success of the rushing attack? Send it in right here — and check back daily for the answers.

How are they going to be able to run the ball on that great defense they have.

Ohio State spent several years working to upgrade the passing attack, and it all culminated in the ridiculous record-book onslaught last season as Dwayne Haskins carved up secondaries on the way to the Heisman Trophy ceremony. But for all the fun the Buckeyes had airing it out and all the points they scored while again winning the Big Ten, there was something missing.

Ryan Day seemed to know that perhaps the pendulum had swung too far last season, which left the Buckeyes a little lacking in an area where that should never be the case. So, way back before spring practice, the challenge was issued for everybody in the program from the coaching staff down through the offensive line and tailbacks: Get the ground game rolling again.

That old adage that coaches get what they emphasize? It’s certainly true, and the Buckeyes have responded by building the No. 7 rushing attack in the country — a unit that is more than capable of handling the challenge Michigan State will pose on Saturday night in the Horseshoe.

“I don’t think it’s any one thing,” Ohio State coach Ryan Day said. “But I think when you look at what [offensive line coach Greg] Studrawa has done and [co-offensive coordinator] Kevin [Wilson] and everybody on our staff, and then when you look at what the guys are doing, taking ownership, Josh [Myers] and Wyatt [Davis], Jonah [Jackson] inside. and then on the outside Thayer [Munford] and Brandon [Bowen] and Josh [Alabi], they’ve all taken a lot of pride in what they’re doing. We talked about being tough and running the ball and more important that was this year, and they’re embracing it. 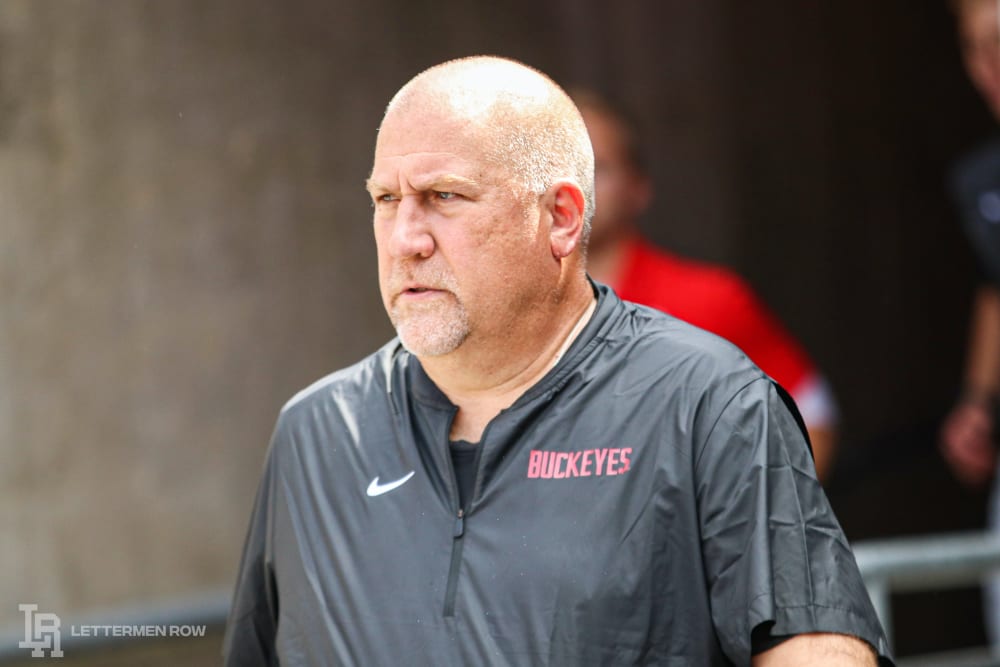 “We’re off to a good start, but now we just have a bigger bullseye on our chest. So, we’ve got to do a great job every week because now people are seeing that we’re running the ball. We’re up against one of the best run defenses in college football in the last two decades this week, so we’re going to have to bring our ‘A’ game.”

When the Buckeyes are at their best, good luck to any defense that tries to slow them down. And when it comes to the Spartans in particular, it’s possible that there’s a little bit of fool’s gold there in the defensive statistics that have them ranked No. 4 in the country against the rush.

Yes, Michigan State is well coached, fundamentally sound and has a history of being able to spring an upset or two against the Buckeyes. But all of that was true for the Spartans the last time they visited the Horseshoe, and two years ago a motivated offense turned J.K. Dobbins and Mike Weber loose on the way to a 335-yard, 4-touchdown performance on the ground.

Will there be an exact repeat of that this time around with Master Teague subbing in for Weber and Justin Fields replacing J.T. Barrett at quarterback? That answer will have to wait until the weekend, of course. But this doesn’t really feel like the kind of matchup that should actually scare Ohio State the way it’s rolling right now.

The addition of Fields into the lineup has added diversity to the rushing attack, and his speed and elusiveness is a nightmare for defensive coordinators all by himself. But add in the threat of Dobbins to explode at any moment, the ability of Teague to come off the bench as a punishing finisher and the nasty approach of a resurgent offensive line and it’s just hard to imagine the Buckeyes ever really getting shut down on the ground.

That’s a tribute to everybody at Ohio State who looked at last season and saw just what needed to be fixed to return the program to national-title contention. And with Ryan Day challenging them again this week, expect that message to be taken to heart once more.

Continue Reading
You may also like...
Related Topics:Featured, Greg Studrawa