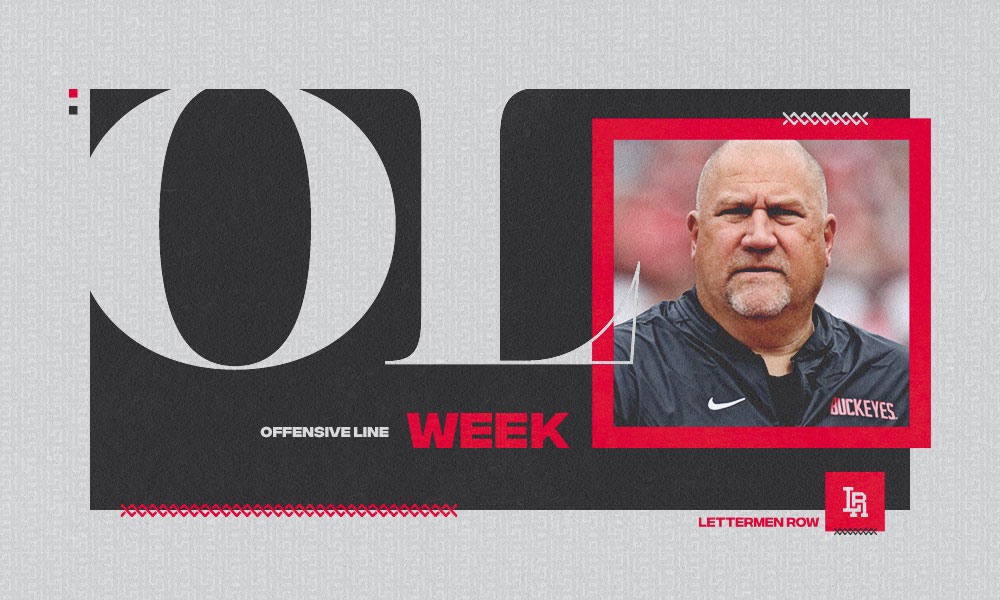 COLUMBUS — Nothing happens without help from the offensive line, and Ohio State might just have the best talent there of anybody in the nation.

Combine that with a loaded group of skill weapons, arguably the best quarterback in the country and a cutting-edge coaching staff, and it’s not hard to imagine the Buckeyes up front paving the way for a truly terrifying scoring attack.

Expectations obviously couldn’t be much higher. But that’s the standard the Buckeyes already expect to meet in a program that has never made it a secret that it’s fueled by offensive linemen.

“When you’re around it every day, I walk those halls and see it every day, I know it’s expected to play at that level every day, you just get used to it,” center Josh Myers said last year. “Eventually you get comfortable with it. But at first, it’s incredibly uncomfortable because you know that’s the level of greatness you have to achieve.”

The Buckeyes have the talent to reach that level, starting with Myers in the middle and expanding out with All-American guard Wyatt Davis, multi-year starter Thayer Munford at tackle and a pair of former five-star recruits in Harry Miller and Nicholas Petit-Frere who are expected to slide into the starting lineup.

There’s talent coming off the bench as well, and few programs can even come close to matching the depth and versatility the Buckeyes have at their disposal this year. So, what will Ohio State get out of those big men? Lettermen Row is winding down Offensive Line Week like usual with Five Bold Predictions from our staff. 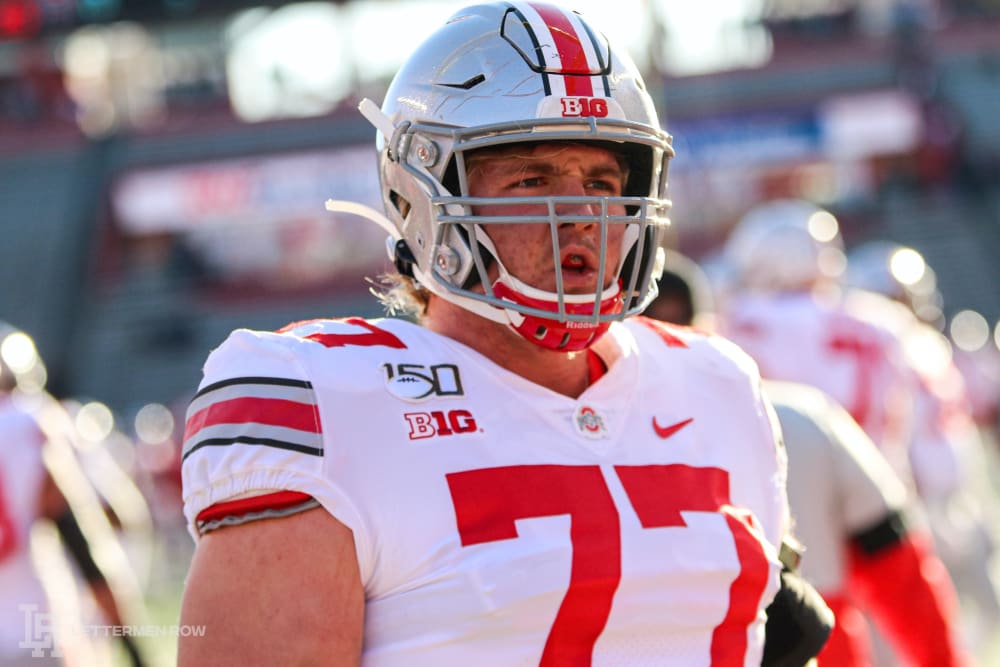 Ohio State has several options to replace the vacant spot at left guard, and it fully intends on letting the competition play out into training camp. But Harry Miller is the odds-on favorite for good reason, and it would be a surprise if anybody else emerges in that spot as the five-star talent enters the next phase of his career with the Buckeyes. At this time next year, Miller is probably going to be drawing first-round NFL Draft buzz and will be a favorite to become the next Rimington Trophy winner for the Buckeyes — that’s how high the expectations are for a lineman who has every tool on and off the field. The projection here is that Miller will live up to all the hype.

Birm: Buckeyes will rack up all major trophies

The best offensive line in college football will take home some serious hardware very soon, and Ohio State will win the Joe Moore award, the Rimington Trophy and the Outland Trophy. The Buckeyes are going to pull off the trifecta and win the Joe Moore Award for best offensive line group, which they arguably should have won last season, to become the sixth unit to earn that distinction. But wait, there’s more! The two undisputed stars of the Ohio State offensive line will bring home honors as well. Josh Myers will continue the run of Buckeyes centers earning the Rimington Award. And in an upset, Wyatt Davis will knock off Penei Sewell and bring home the Outland Trophy, too.

As last-name depth charts go, few go deeper than Jones and Johnson. But as a couple fellows who will be banging on the door not just for playing time but for starting roles in the fall, there is nothing pedestrian about tackles Dawand Jones and Paris Johnson. Jones is the man mountain, a former three-star prospect who shoved his way into the picture last year with a road-clearing block on a Friday night at Northwestern that demanded replay after replay. Johnson is the five-star freshman who was already starting to assert himself in spring drills in March before Covid-19 brought proceedings to a halt. Both appear good enough to play if there is a season, which is why spirits are high around the Woody. Nothing makes a team look stouter than quality depth on the offensive line. 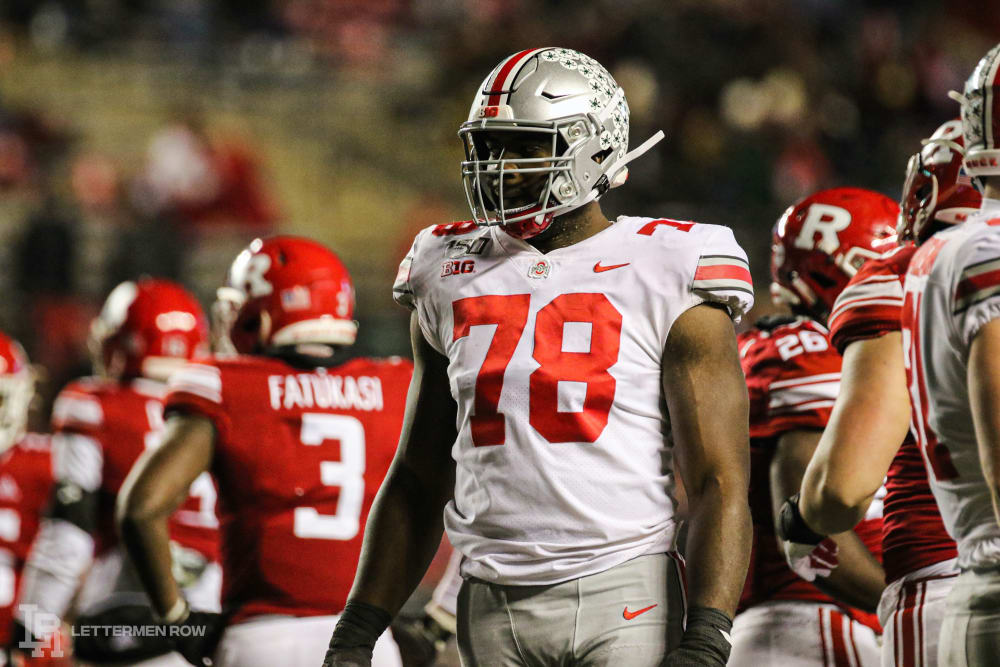 Nicholas Petit-Frere is primed for his shot at right tackle for Ohio State. (Birm/Lettermen Row)

Nicholas Petit-Frere has had hiccups early in his career cracking the starting lineup, but his skill was never being questioned. The questions always revolved around his weight and if he could keep pounds on. Now that he’s where he should be on the scale, the former five-star tackle will become a full-time starter for the Buckeyes — and he should even push for all-conference honors. Ohio State has to have a solid replacement for Branden Bowen, and Petit-Frere can thrive alongside Wyatt Davis on the right side of the Buckeyes offensive line.

Everyone talks about DBU or WRU, and there might be some arguments there. But Ohio State is really Center U, and there is no argument against it. The Buckeyes have been dominant in the middle and have been steadily collecting the Rimington Trophy — and Josh Myers will be the next to claim the hardware for the nation’s best center. Myers is keeping the tradition alive at Ohio State following in the footsteps of Pat Elflein, Billy Price, Jacoby Boren, Michael Brewster, Nick Mangold and LeCharles Bentley. Myers had an outstanding season a year ago and could have been an early round draft pick. He decided to stay, and as a result Ohio State will have one the best offensive lines in the nation. An extra year at Ohio State won’t hurt Myers. As a bonus, expect him to be an early first-round pick at next year’s NFL draft.