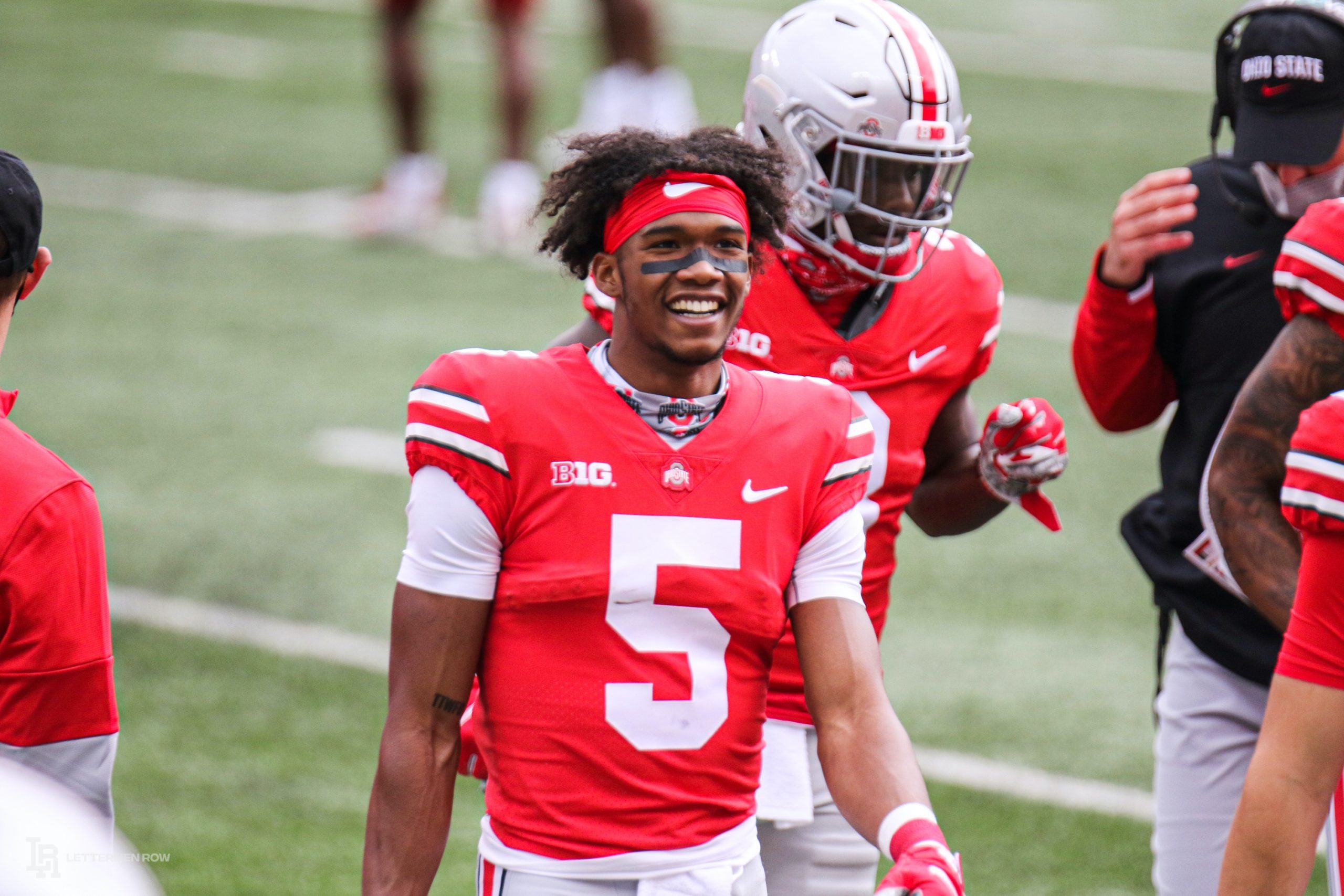 Ohio State wide receiver Garrett Wilson was a standout in the win over Nebraska. (Birm/Lettermen Row)

But the Buckeyes still wound up showing how easily they can run away from opponents. And even if they were essentially only graded against their own sky-high standards, the season opener offered a tantalizing glimpse at the program’s elite potential as it officially entered the College Football Playoff chase.

Ryan Day will pick apart some week-one issues, of course. The rushing attack wasn’t where he’ll want it, the defense allowed a few big plays and there were a couple sloppy penalties — and yet, that hardly slowed the Buckeyes down at all in a comfortable 52-17 win over Nebraska on Saturday at the Horseshoe.

Bottom line: Ohio State can get better, and that should scare the rest of the Big Ten plenty as the three-time defending conference champs shake off the rust.

That fact and more Snap Judgments from Lettermen Row are ready with the first win of the season in the books for the Buckeyes — and Penn State looming next week in a potential Big Ten East Division title matchup. 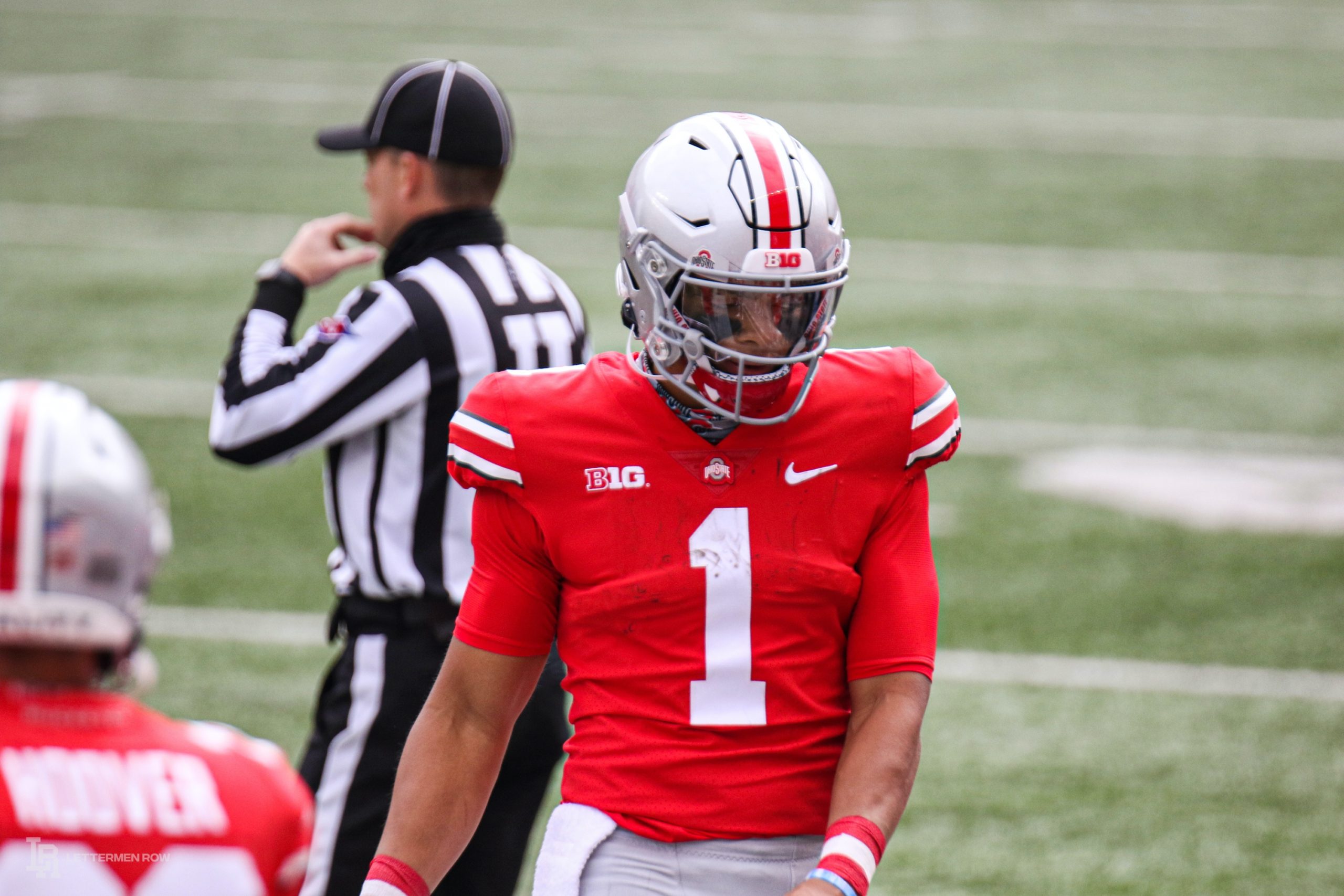 Ohio State quarterback Justin Fields is off to a hot start already for the Buckeyes. (Birm/Lettermen Row)

The expectations really couldn’t be any higher for Justin Fields coming off a Heisman Trophy-finalist campaign in his first season as a starter, but somehow it seems within reason that he could still exceed the hype. The Buckeyes weren’t quite fully rolling offensively around him early, but the combination of his incredible toughness and a laser-beam right arm kept them humming enough to build a lead and get settled into the rhythm of the game after a long layoff.

There will be better statistical days for the junior quarterback down the road. But the opener was a clear reminder that when Fields is completely healthy, he’s a truly special talent that has the ability to take Ohio State to a national championship.

Buckeyes reloading effort on defense has work to do

There are numerous examples around the country that have shown how challenging it has been to get defenses ready to play at an elite level with all the pandemic-related issues impacting both the way teams practice and allowing rust to build up thanks to the delays. So, perhaps it’s too early to be issuing any definitive grades about the Buckeyes and instead leave this as an incomplete assignment so far as they try to replace a handful of key cogs from last year’s dominant unit.

The pass rush was missing a Chase Young-like impact. Jordan Fuller’s steady work at safety was notably absent. The Buckeyes are on the right track with Haskell Garrett and Tommy Togiai in the middle, but the depth at defensive tackle behind them remains something to monitor. The Buckeyes wound up making key adjustments even before the first half ended, and there’s no question they have recruited well enough to fill the holes and again be the class of the Big Ten. But it’s also fair to believe there is room to grow for the Silver Bullets. 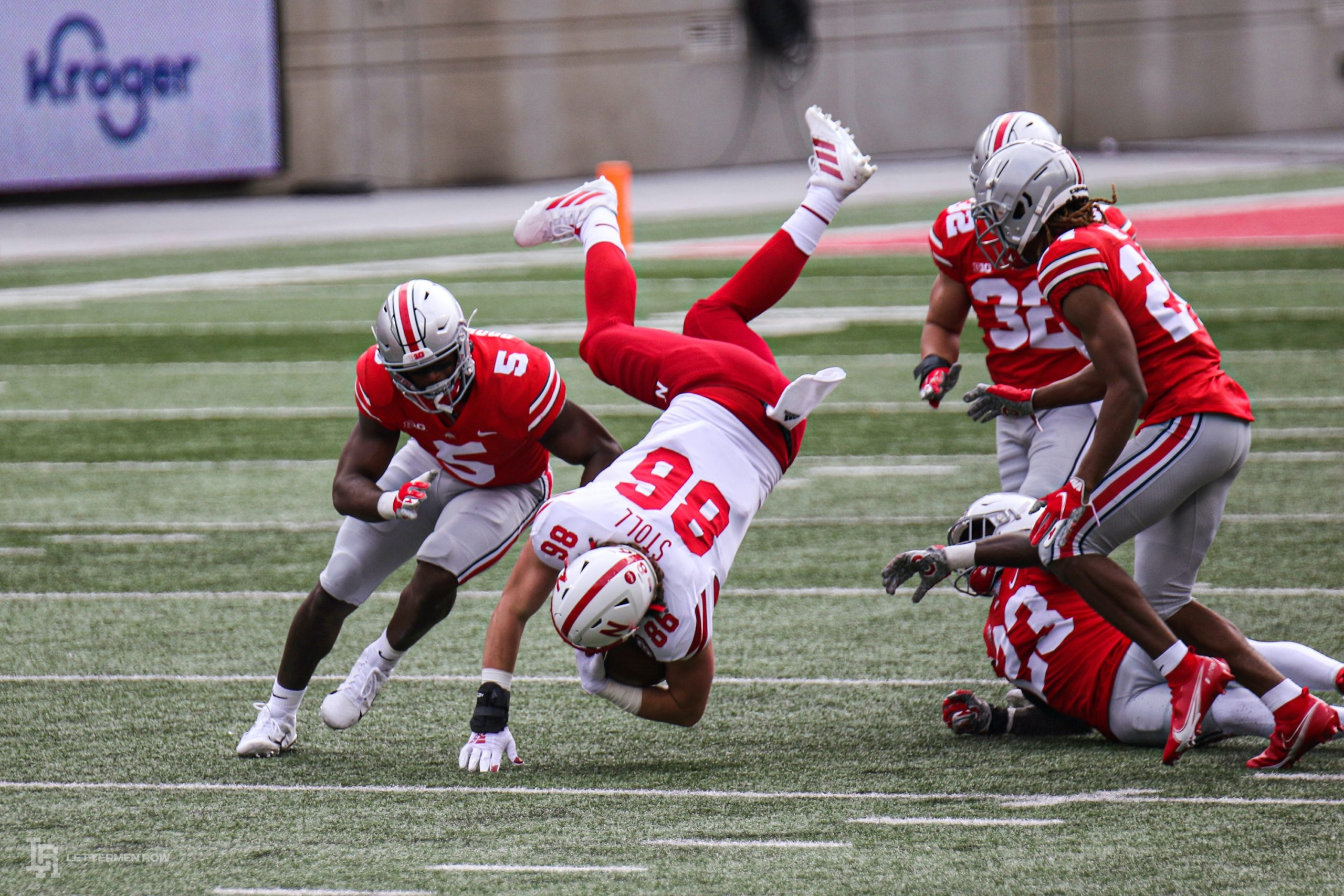 Master Teague was a bulldozer at the goal line and punched in a couple touchdowns. Trey Sermon showed a couple glimpses at his elusiveness and caught a check-down throw that showed what he could provide as a receiving threat. But that combination was largely underwhelming in their debut, and the Buckeyes are going to need to more from the rushing attack after the tandem spent most of the afternoon averaging less than four yards per carry.

Considering what both have proven previously in their careers, the disjointed work on the ground felt like a callback to two years ago when rotating series between Mike Weber and J.K. Dobbins kept both from getting into a rhythm and playing their best. The Buckeyes certainly seem like they would be better off establishing a clear pecking order in the backfield, though it’s still an admittedly small sample size.

Garrett Wilson will be dangerous in slot for Buckeyes

Stardom was always in the cards for Garrett Wilson, and now he’s in a perfect position to explode on the scene for Ohio State. The sophomore wide receiver is quite simply going to be a terror for opposing defenses this season, and his connection with Fields could produce record-breaking numbers this season.

The two combined for seven catches and 129 yards with a touchdown in the opener, and it was easy to see how Wilson’s ball skills, speed and elusiveness are going to torture defensive coordinators tasked with trying to come up with a scheme to slow him down. With more talented weapons outside Wilson stressing secondaries, the Buckeyes have the makings of a passing-game Death Star that will always have an answer.