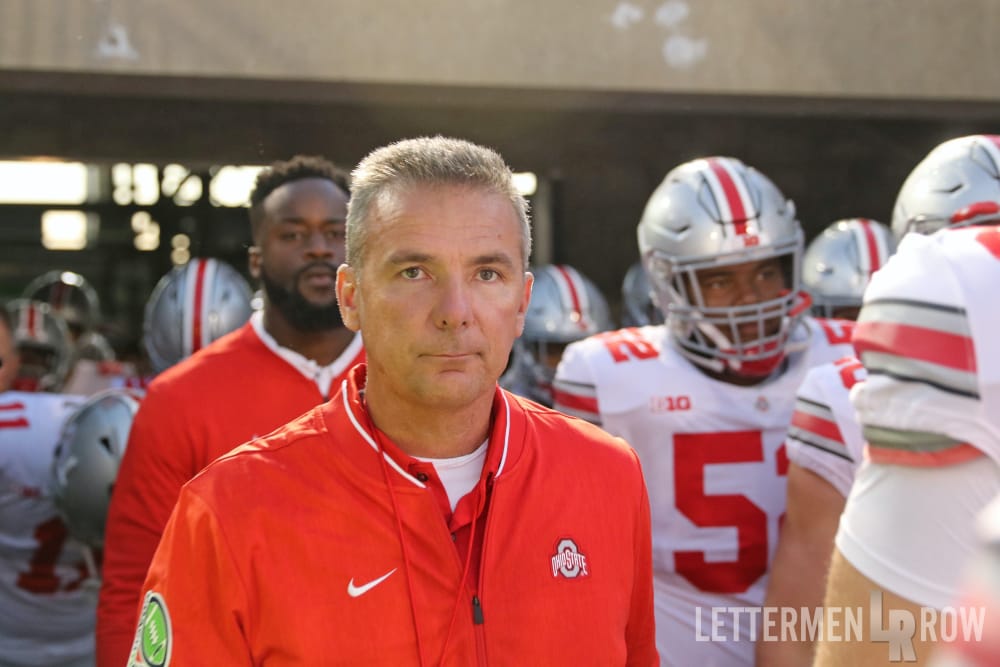 The speculation, debate and conversations about Ohio State never end, and Lettermen Row is always ready to dive into the discussions. All week long, senior writer Austin Ward will field topics on Urban Meyer and the Buckeyes submitted by readers and break down anything that’s on the minds of the Best Damn Fans in the Land. Have a question that needs to be tackled, like the one today about the Nebraska matchup? Send it in right here — and check back daily for the answers.

Ohio State is favored again by a double-digit margin over a Big Ten opponent. (Bovada/Courtesy)

Thanks to the off date, the harping on all of Ohio State’s problems in a blowout loss at Purdue and the huge news this week about the health of Urban Meyer, it feels like it’s been ages since the program last played a game. So, it seems like it might be a good time for some helpful reminders about Ohio State heading into Saturday’s matchup with Nebraska that might have been forgotten over the last two weeks.

First of all, the Buckeyes aren’t broken. They did drop a game, and the score wasn’t pretty. But this is college football, and going unbeaten is extremely difficult. There are about a hundred other teams who would trade places with Ohio State at 7-1 with a path to win the Big Ten championship and get back to the College Football Playoff. The situation isn’t nearly as bad as it might seem.

Secondly, Nebraska just isn’t any good. Scott Frost brought a lot of energy and excitement back to the Huskers, but there is a reason the program has been getting pasted by elite teams like the Buckeyes over the last couple years. The roster isn’t good enough to compete with the top of the Big Ten, and that once fearsome unit known as the Blackshirts is one of the worst in the league and has almost no chance of slowing down Dwayne Haskins.

Third? Oh yeah, that Haskins guy is the real deal. And if he’s as motivated to never let anything like the Purdue loss happen again as he appeared to be in the postgame press conference, look out. The statistical run he’s on has been absolutely insane, and if he can continue that rampage in November and get some help from the offensive line and the rushing attack in the red zone, Ohio State is going to once again be a problem for any opponent down the stretch.

Yes, the defense needs to make adjustments to cut down on the explosive plays and those breakdowns in short-yardage situations have been glaring. But sometimes it takes a loss before real changes can be made, and now Ohio State has one and the motivation to prove the skeptics wrong as well. That doesn’t bode well for the visitors on Saturday at noon in the Horseshoe.