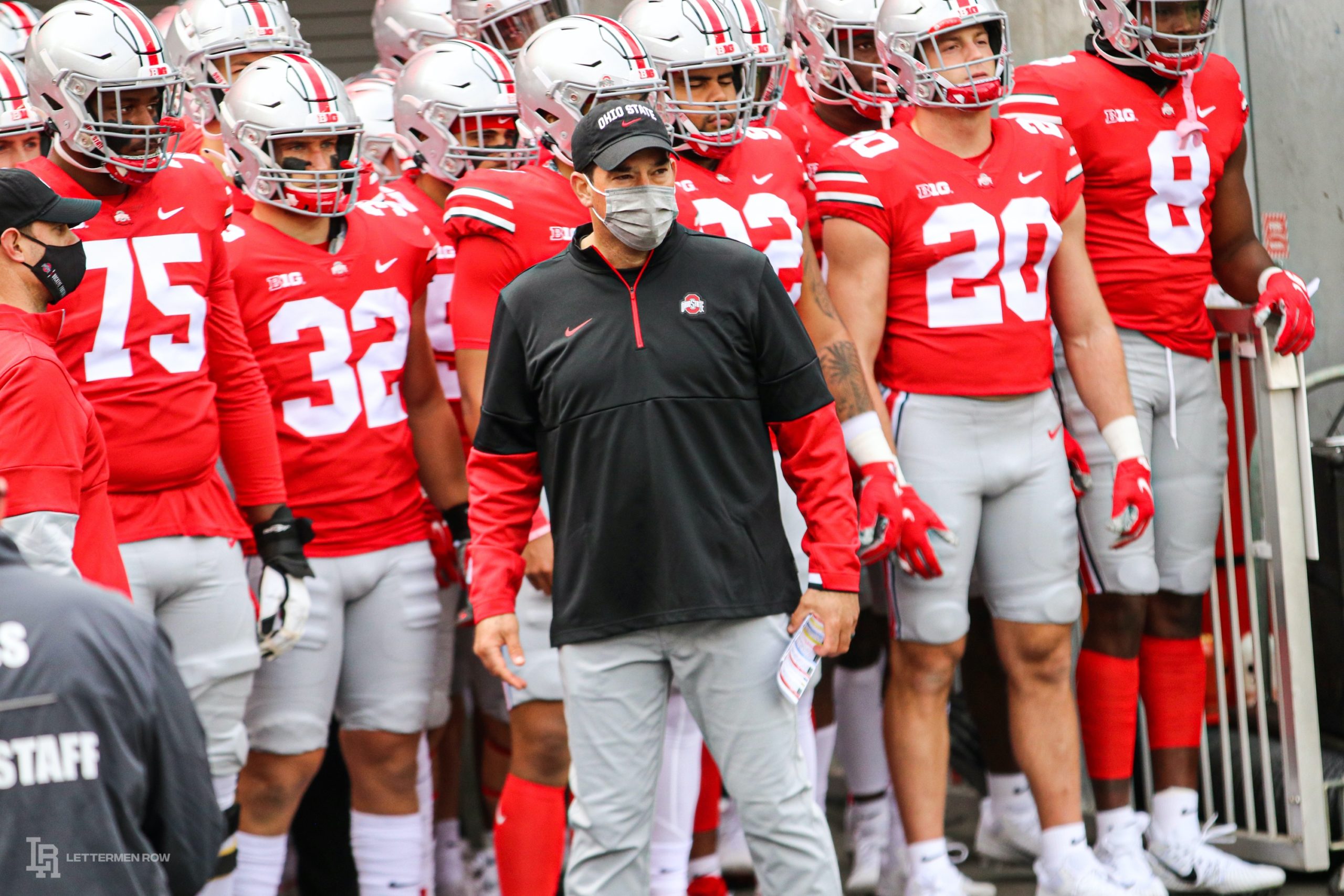 Ryan Day and the Buckeyes had waited more than 300 days to get back to the football field. (Birm/Lettermen Row)

COLUMBUS  — It’s been 301 days since Ohio State hit anyone other than themselves on the football field.

For the first few players of the 2020 season opener against Nebraska, it seemed like another day could pass before that happened.

The Cornhuskers came out of the gate swinging, taking an early 7-0 lead over the Big Ten’s three-time defending champion but it didn’t take long for the Buckeyes to right the proverbial ship and they cruised — relatively speaking — to a 52-17 win at Ohio Stadium.

Justin Fields was dominant, throwing only one incompletion — a dropped ball that could’ve been a touchdown — for 276 yards and two scores while rushing for another. Buckeyes receivers were wide open most of the day and by the time the second half came around, the Buckeyes were in cruise control.

Nebraska did exploit some Buckeyes question marks on defense, especially when it turned to the quarterback run game, but that wasn’t enough to slow down the explosive Ohio State offense.

Lettermen Row was on-hand and has the sights and sounds from the long-awaited Big Ten opener. If you’re looking for reaction from Ryan Day and Ohio State players, check out our YouTube page to see videos from Ohio Stadium as it becomes available but, as always, you can check out the photos below. 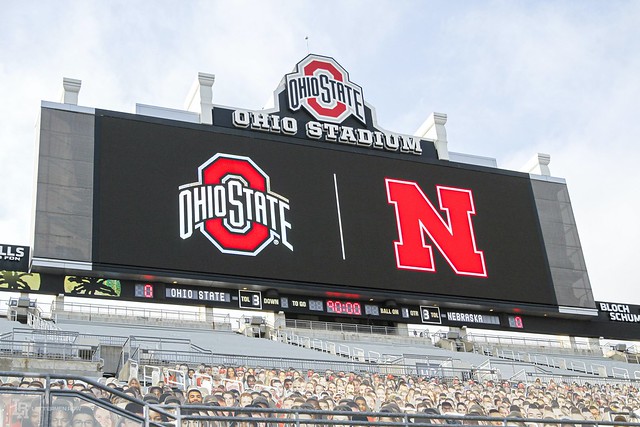