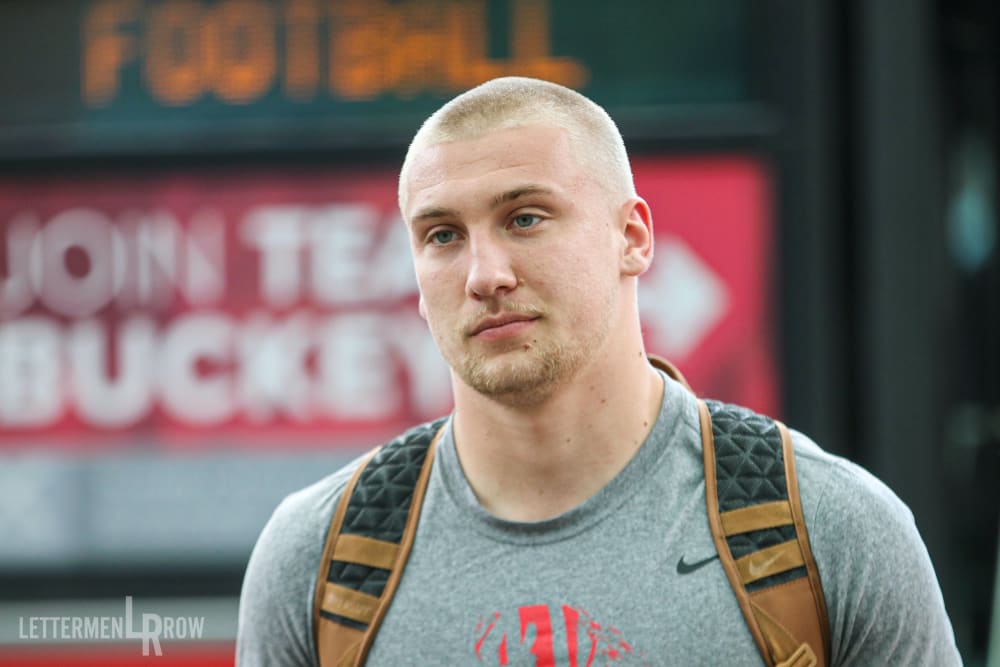 The speculation, debate and conversations about Ohio State never end, and Lettermen Row is always ready to dive into the discussions. All week long, senior writer Austin Ward will field topics about the Buckeyes submitted by readers and break down anything that’s on the minds of the Best Damn Fans in the Land. Have a question that needs to be tackled, like the one today about the Ohio State linebacker depth chart? Send it in right here — and check back daily for the answers.

What's the linebacker rotation look like? Still believe the problem was more scheme and coaching than talent. Team misses Fick more than they might admit.

The glimpse was brief, but it was enough to spot three familiar faces for Ohio State at linebacker.

Even after the struggles from a year ago, that might not be such a bad thing for the Buckeyes. But it also doesn’t mean Malik Harrison, Tuf Borland or Pete Werner are guaranteed anything just because they had the first crack at their old jobs in the starting lineup after just four practices of training camp.

Ohio State has repeatedly made it clear that it would have a clean slate when it comes to the depth chart and that all spots would have to be earned, even the guys with previous experience helping win Big Ten championships. It makes sense, though, that veterans who have been through multiple seasons in the program developing both physically and mentally to play the position would lead the line and potentially have the inside track to playing time.

Whatever former defensive coordinator Greg Schiano got wrong a year ago and regardless of the numerous issues Billy Davis had leading the unit as the position coach, b0th of those coaches have been in the profession for a long time. They are obviously responsible for the breakdowns a year ago, but they didn’t completely forget what they were doing — and more important, they can still identify talent. The fact that a revamped coaching staff already sees the same potential in Borland in the middle with Harrison and Werner flanking him in the base, 4-3 personnel grouping certainly validates the idea that a lack of ability was never the problem.

Harrison’s freakish athleticism is clear for anybody to see. When Borland was fully healthy, he was an instant game-changer for the Buckeyes when given a chance to crack the lineup two years ago. And while Werner may have dealt with some inconsistency last year, that’s not uncommon for a first-time starter — and he also made some plays that showed his upside and wound up being critical for Ohio State on the way to the conference title. 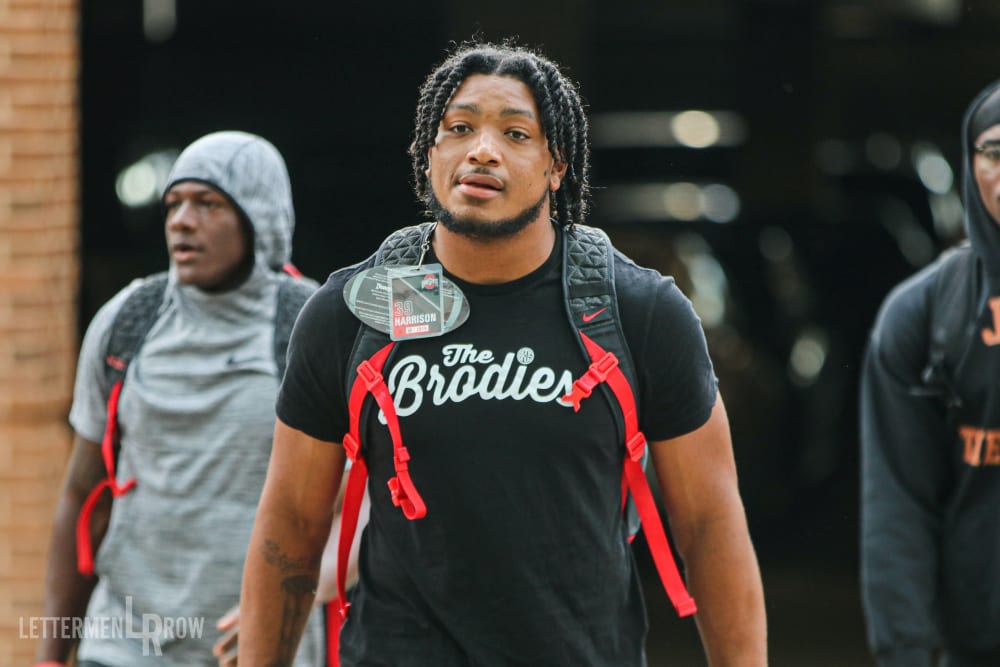 Ohio State linebacker Malik Harrison is in line to keep his starting job for the Buckeyes. (Birm/Lettermen Row)

That doesn’t mean some rising Buckeyes like Baron Browning, Teradja Mitchell or perhaps Dallas Gant can’t eventually pass the returning starters on the depth chart or that they should just accept backup roles. Ohio State is almost certainly going to use some sort of rotation at linebacker instead of simply leaning on three players to carry the entire load, and there’s also still a long way to go before the season opener.

“You know, when [linebackers coach Al] Washington first came in, he said there were no starters,” Harrison said after the first practice of camp. “So, everybody has a chip on their shoulder and just wants to be out there and be able to get that starting position.

“It’s not really set in stone who is going to start, so everybody is just competing. We’re pushing each other to get to that No. 1 spot.”

Harrison always seemed like a surefire pick to keep his spot. But at this early stage, it’s starting to seem like both Borland and Werner have better chances than might have been anticipated heading into August.

A new group of coaches are seeing the same upside with those Buckeyes. Now they just have to do a better job of using them.

WATCH: Ryan Day evaluates Ohio State after fourth practice of camp
What We Learned from Ohio State, Ryan Day at practice No. 4
Advertisement