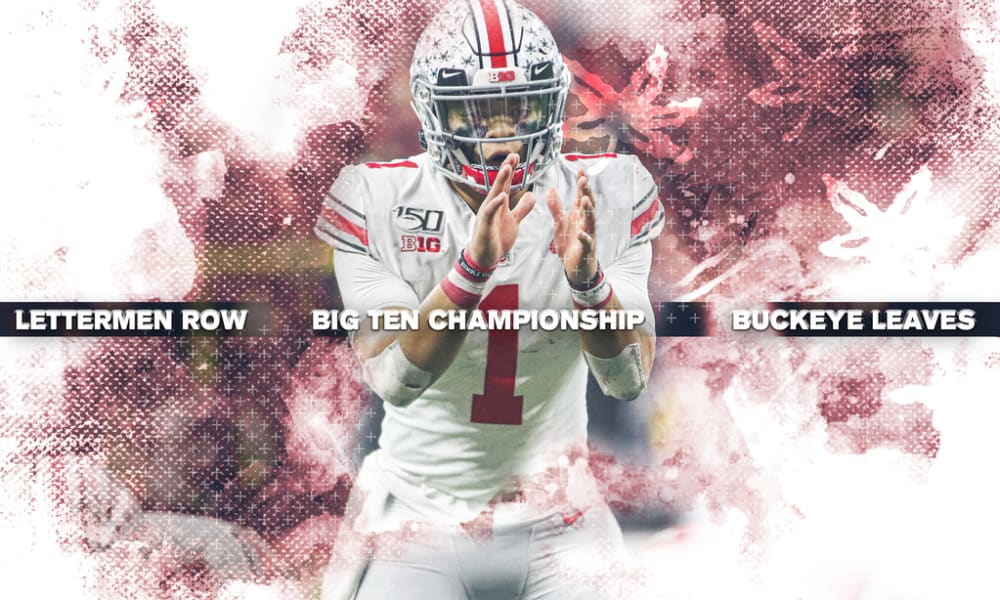 INDIANAPOLIS —The skills and talent of Justin Fields are rarely questioned for Ohio State — if ever.

By now, it’s safe to add toughness to the list of no-doubt traits Fields possesses after his brilliant second-half performance to rally for the Big Ten title.

With the entire college football world focused on Lucas Oil Stadium and a seemingly impenetrable Ohio State, Fields and the offense sputtered through the first half and found themselves in a two-score deficit to accompany a hobbled quarterback and a reeling offense.

Fields didn’t practice much this week, and it showed — until the second half. His 299 yards passing and three touchdowns lifted the Buckeyes over a feisty Wisconsin team for the second time this season, this time tougher than the first, as the Buckeyes remained perfect on the year with a 34-21 victory over the Badgers. Fields was named Most Valuable Player of the Big Ten title game.

“This victory is a once-in-a-lifetime victory,” Fields said. “I struggled a little bit in the first half, but I just knew to myself that I was a better player than what I was actually playing. Just kind of going back to my roots, getting confidence back, getting a rhythm. I think that kind of helped me a lot in the second half.”

Whatever helped him in the second half seemed to be the perfect response to the dreadful first that featured a goal-line fumble from Fields. He had no touchdowns in that first half, and the Buckeyes needed a rushing touchdown from superstar back J.K. Dobbins late in the second quarter to even get on the scoreboard before the break.

But that break was used wisely, and Fields and the offense came out as a new unit.

“He didn’t get a chance to practice as much as he would have liked to this week,” Ohio State coach Ryan Day said. “I think early on, it was a combination of our protection and maybe him just being a little rusty, not getting the amount of reps, live reps that he needed during the week. Being a quarterback so much is timing. When you’re in the NFL, you’ve had years and years, hundreds of games under your belt, maybe you don’t need it as much. When you’re a 19-year-old sophomore who hasn’t played a ton of football, you need to practice.

“The way that he played today without having a full week of practice is incredible. His heart is like I’ve never seen before. The way he came out to play today goes to show you that.”

The Fields performance, even when not at 100 percent, earned him a Buckeye Leaf from Lettermen Row. Who else earned one as the Buckeyes claimed their third straight Big Ten crown? 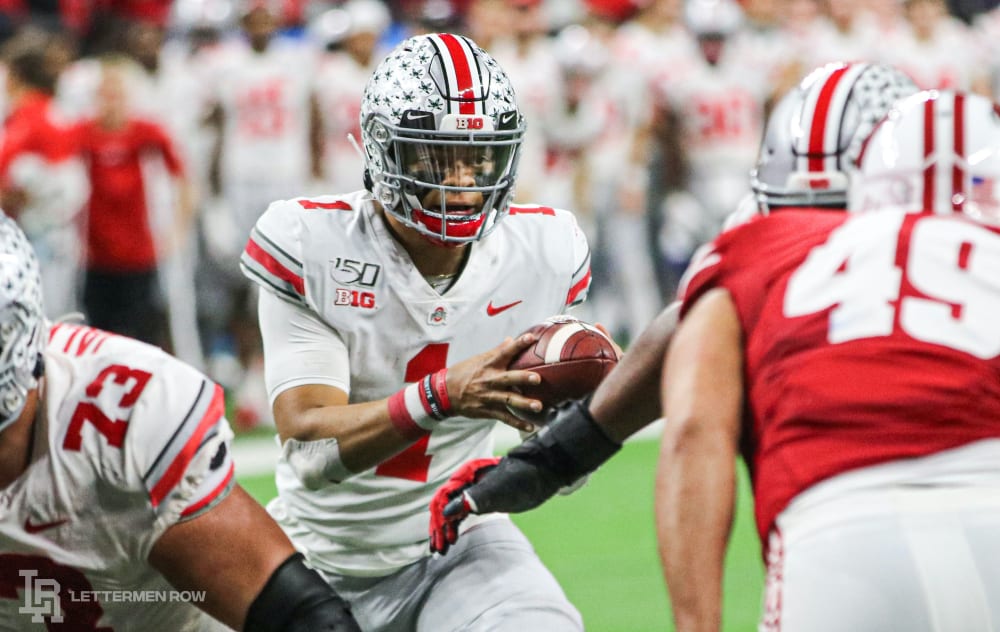 Justin Fields was incredible in the second half for the Buckeyes. (Birm/Lettermen Row)

It’s growing harder to find words to describe the things Fields can do with the ball. His 299 yards passing was impressive. His three touchdown passes — two to K.J. Hill — were even more impressive, showing his toughness as he battled through a knee injury. His incredible performance also sealed his free trip to New York City for the Heisman Trophy ceremony next week. Fields needs only four touchdowns to tie Dwayne Haskins’ touchdown total from a season ago, further strengthening his case for some Heisman love. Saturday against Wisconsin was the latest act in the brilliant season of Fields. It seems like he’ll be healthier and ready to tack on more scores during the College Football Playoff. 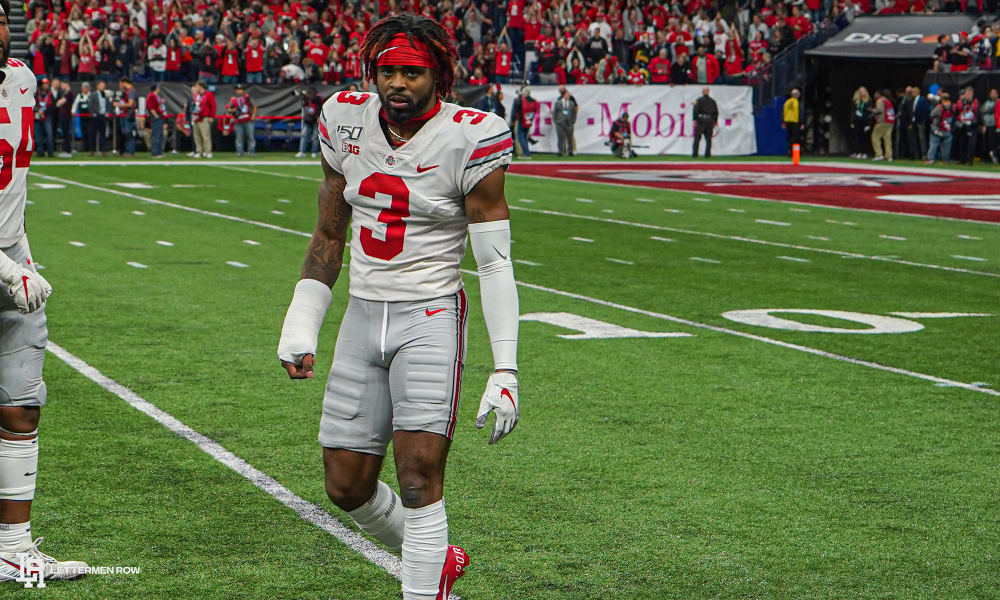 Arnette might be the best trash-talker in the country, and it cost the Buckeyes 15 yards at a vital moment. But don’t let that one play cloud how well Arnette played for the Silver Bullets in the Big Ten title game. Arnette finished with seven total tackles as the Buckeyes used a group effort to slow down Jonathan Taylor, who had just 13 yards on the ground in the second half after gashing Ohio State in the first half. Arnette also made sure to badger Wisconsin quarterback Jack Coan, breaking up two passes against the talented Wisconsin receiving group. Arnette has been a star all season for the Buckeyes. He came up big again Saturday night. 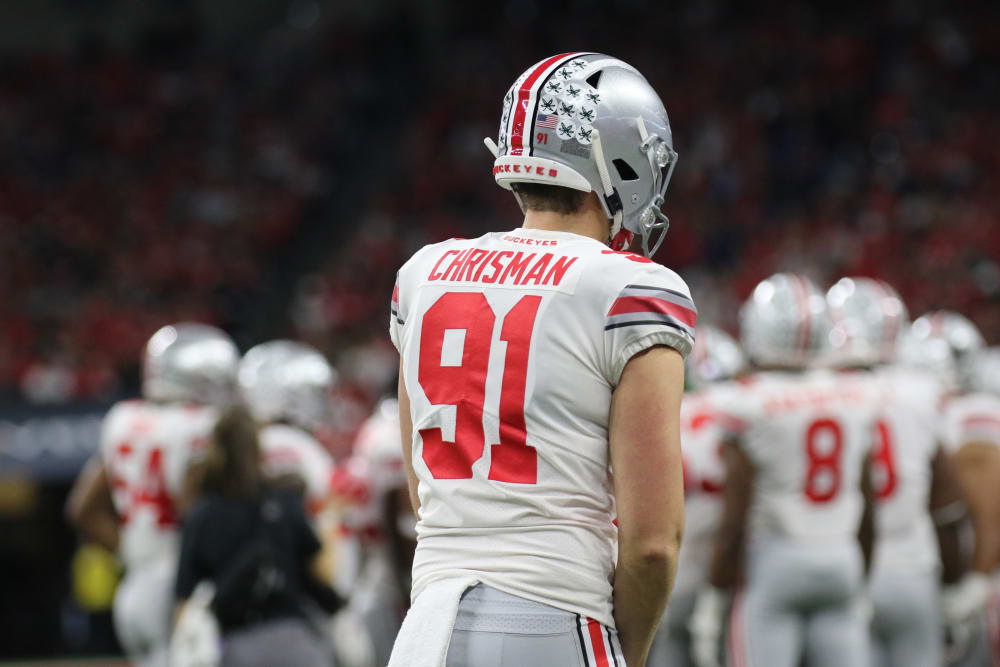 Justin Fields wasn’t the only Buckeye completing huge passes Saturday night. While Ohio State couldn’t find any offense in the second quarter and trailing by two scores, Chrisman was called upon to throw a fake-punt pass to Luke Farrell. He completed it to move the chains and give the Buckeyes a sign of life. Ohio State fumbled later in that possession near the goal line, but that fake punt helped spark an offensive turnaround.