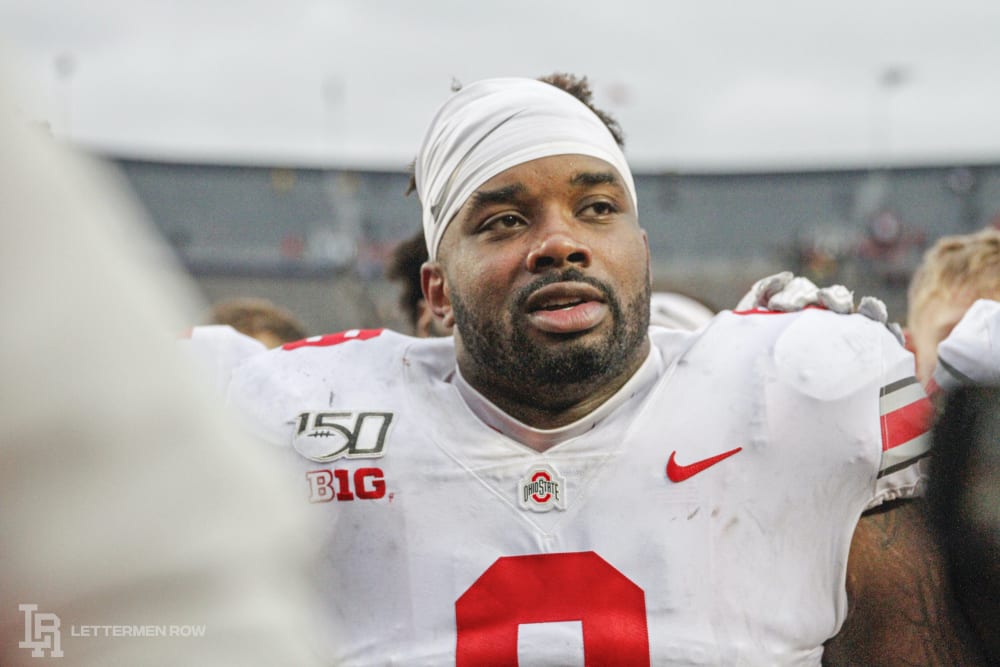 Jashon Cornell has been a huge part of Ohio State's defensive success this season. (Birm/Lettermen Row)

The speculation, debate and conversations about Ohio State never end, and Lettermen Row is always ready to dive into the discussions. All week long, Lettermen Row will field topics about the Buckeyes submitted by readers and break down anything that’s on the minds of the Best Damn Fans in the Land. Have a question that needs to be tackled, like the one today about who could make a big play against Clemson? Send it in right here — and check back daily for the answers.

We all know the game will likely be won upfront on both sides. And we know who the stars will be. Who is 1 non-starter that could be an X-factor and make a huge play to decide the game?

But he typically hasn’t gotten the attention of a starting defensive linemen on one of the best four teams in the country, at least until he makes a big play in the Big Ten title game.

The 6-foot-3, 285-pound fifth-year senior has grown into a dominant force along Larry Johnson’s defensive line, and it’s been a five-year process. Cornell is one of the few guys in the locker room who know what it’s like to be in the College Football Playoff. He was on the 2016 team that was blown out by Clemson in the Fiesta Bowl.

Now with five years of experience and a good season leading up to the Fiesta Bowl, Cornell has a chance to do something special for the Buckeyes.

“That game that we played [three] years ago is over,” Cornell said. “It’s a whole different team, a whole new scheme, a whole new load of players. We’re just going in to play our ball, Ohio State football. I think Clemson is a great team, and I think we’re a great team. One thing that Coach [Ryan] Day says is when talent equates, there’s no margin for error. That’s one thing that we have to do is focus on the little things.”

The little things for Cornell have seemed to be huge this season. After flipping between defensive end and tackle for years, Cornell moved inside this season. He has thrived there. The redshirt senior has four sacks and 6.5 tackles for loss this year, including one of the biggest sacks of his career in the Big Ten title game last week.

Ohio State scored to open the second half and grab some momentum. Cornell gave the Buckeyes a wave of confidence after that. On a third-down play from deep in his own territory, Wisconsin quarterback Jack Coan looked to pass but was met by Cornell just a couple steps into his drop for a huge sack. Multiple Buckeyes applied pressure, but Cornell was the first to corral Coan. On the next play, the Badgers fumbled a punt, and the scarlet-filled Lucas Oil Stadium was loud. Ohio State was in control the rest of the game. 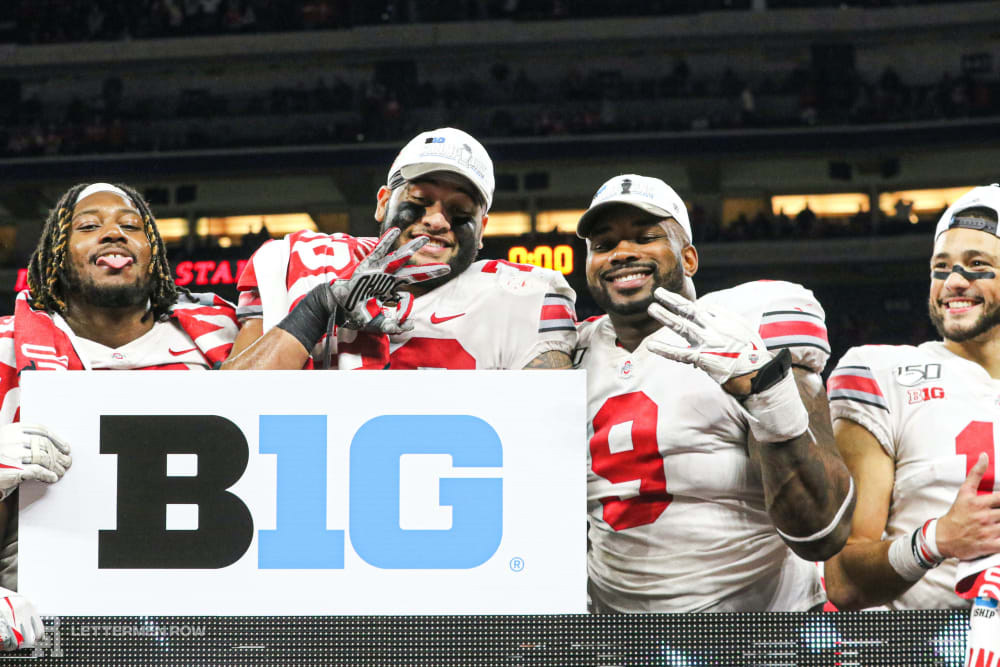 “It’s just being ready for that moment,” Day said. “And I thought we showed something in the second half that we could overcome a game and just impose our will on teams, and we have to carry that over into this game and show that we can do that and have enough confidence to do that against a team like Clemson.

“But really our guys see ourselves as being the best in the country. The moment won’t be too big for our guys. It’s just a matter of keeping our emotions in check and just doing a good job of staying focused.”

Cornell can certainly provide that focus as a veteran who has seen nearly everything there is to see in a college football career. As a bench-warmer to a backup, as somebody who didn’t find the field against Clemson in 2016 to a guy who could make a big play to change the Buckeyes fortune in the upcoming date with the Tigers.

The moment is never too big for a fifth-year senior such as Jashon Cornell. As the defensive line rotates talented bodies in and out to stay fresh, Cornell always seems ready to make a play. It happened against Wisconsin in the Big Ten title game. It can happen in the Fiesta Bowl.