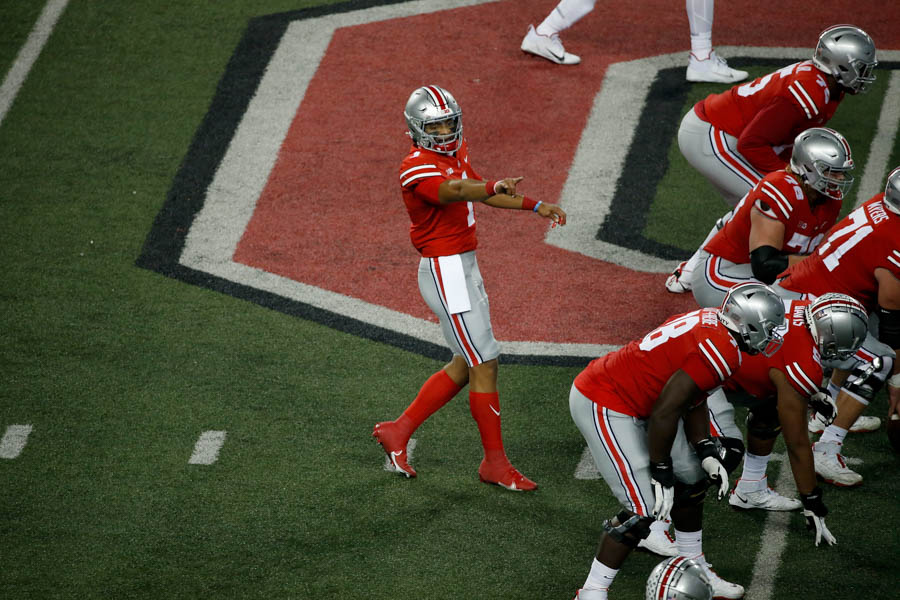 COLUMBUS — Ryan Day isn’t that surprised that Ohio State and Indiana are playing as top-10 teams.

Sure, No. 9 Indiana has its highest ranking since 1969, and these programs have never played as dual top-10 teams. But the Hoosiers already have wins this season over two of the three blue-blood schools in the Big Ten East: Penn State and Michigan, and they come into Columbus for one of the biggest games in program history.

“Indiana, you’re right, has been a good, solid football program for a while now,” Ohio State center Josh Myers said Tuesday. “You could kind of see this coming, where they had a breakout year like this. So, I’m not really surprised, to be honest with you guys. Even last year, they had a lot of the tools that they needed to be really successful.”

The Buckeyes stayed home last weekend after COVID-19 cases at Maryland forced a cancellation, while Indiana won 24-0 on the road at Michigan State. Ohio State’s last game was a 49-27 win at home versus Rutgers, in which Justin Fields accounted for six touchdowns.

“The hard part is that Indiana had an opportunity to play,” Day said Tuesday. “Now they’ve played four-straight weeks, so they’ve got a little bit of rhythm going. And we didn’t. When you miss out on preseason, you miss out on the spring, it certainly hurts when you’re not playing games.”

Down seasons for Penn State and Michigan mean the Buckeyes and Hoosiers will likely decide who represents the Big Ten East division in the conference championship. Michael Penix Jr., who missed last season’s game versus Ohio State due to injury, has been the spark to the Hoosier offense — throwing for over 1,000 yards with nine touchdowns.

For anyone watching the game on TV or listening to the radio, Lettermen Row has all the viewing information that could possibly be needed to not miss a moment of the top-10 matchup in the East Division. 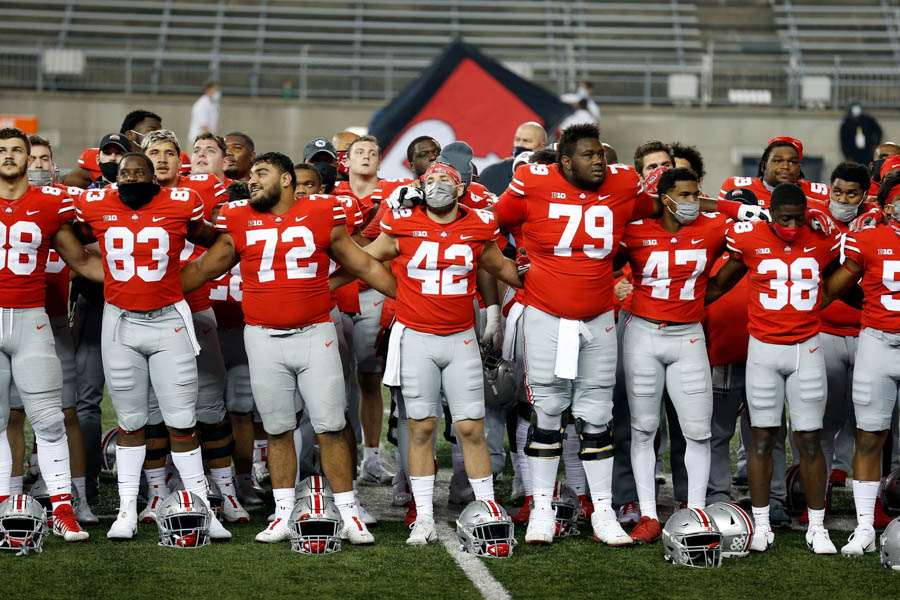 Ohio State leads the all-time series 75-12-5 and has won 24-straight games versus the Hoosiers. Indiana’s last win in the series came in 1988 when it defeated the Buckeyes 41-7 in Bloomington.

What TV channel is Ohio State against Indiana on?

The Buckeyes and Hoosiers matchup will be televised on FOX Sports with Gus Johnson (play-by-play), Joel Klatt (color analyst) and Jenny Taft (sideline) on the call.

How can Ohio State against Indiana be watched online?

The game can be streamed online at FoxSports.com.