COLUMBUS — Calling it an Off Week for Ohio State wouldn’t be accurate.

The Buckeyes didn’t get out of town for the weekend like they would during a typical break in the season. They practiced, they competed against each other — and they watched a lot of Indiana film together.

Also, Ohio State got a little irritated about not having the chance to play during an already-shortened season and missing out on the opportunity to reaffirm their College Football Playoff credentials. So, no, there wasn’t much relaxing going on for the Buckeyes as they instead put all of their focus on the Hoosiers and what has surprisingly developed into the most important East Division game on the Big Ten schedule this year.

“They’ve handled it really well,” Day said. “At first they were really disappointed. They were angry. Then we just went to work and kept going. We knew going into this that something like this might happen. We’ve seen it happen across the country, so we’re not the only ones — and nobody feels bad for us. We’ve got to move on, and that’s what they did.

“I think our guys handled this very maturely and focused on their work and their practice. … I thought they handled it well, and I think they’ve handled a lot of these things well, especially when you make so many sacrifices and you do everything you can to be healthy to play in a game and then you still don’t have an opportunity to play. It’s a hard pill to swallow. But the good news is it’s behind us, and now we’re on to Indiana. That’s where all the focus is.”

Now the Buckeyes get a chance to show what all that work was for against Indiana on Saturday in the Horseshoe at noon. What should be expected as Ohio State enters the matchup as a three-touchdown favorite? Lettermen Row is gearing up for the showdown like always by rounding up the staff for Five Bold Predictions. 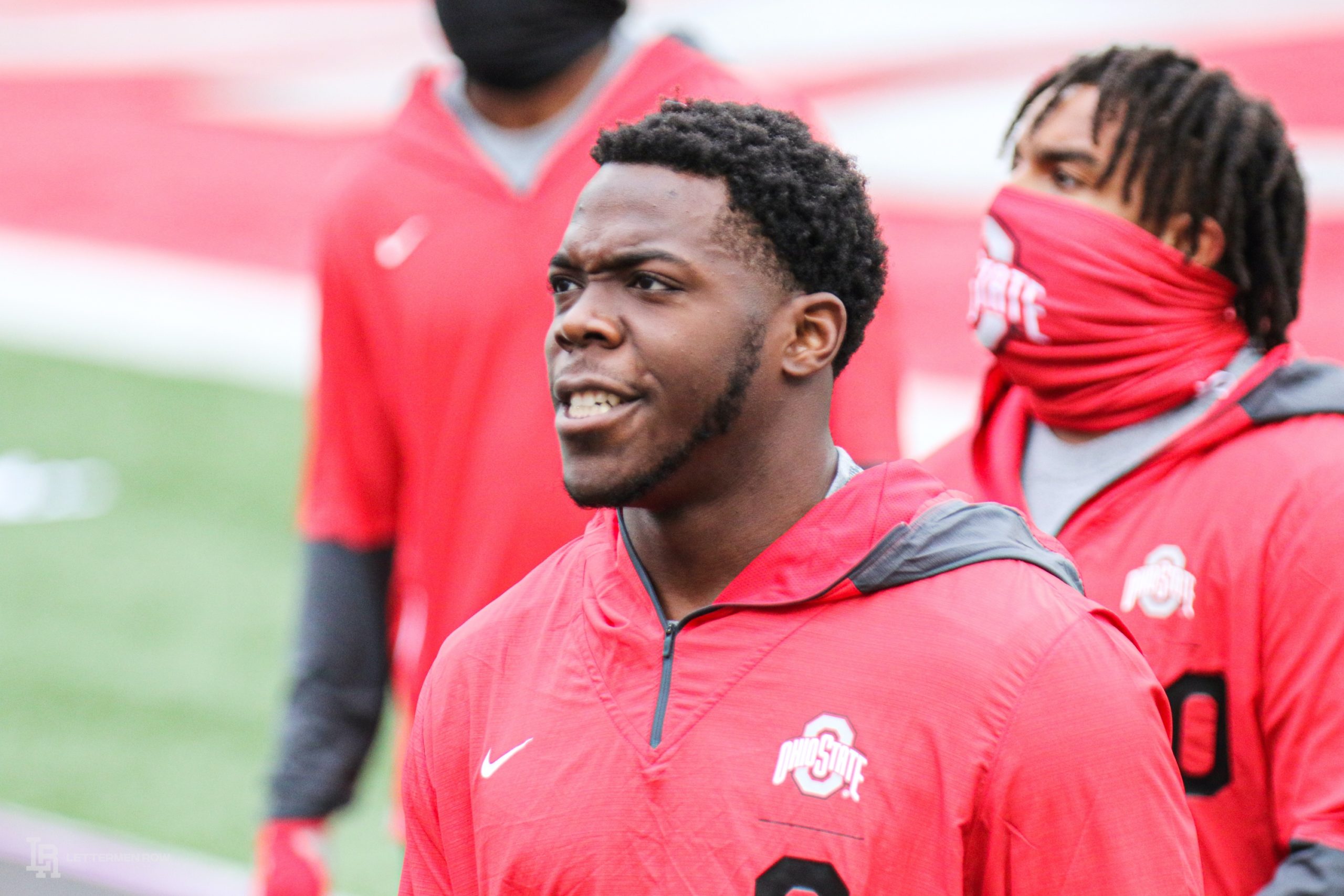 The Rushmen have a knack for responding to challenges and elevating the level of play from the unit when it’s needed most. So, after a performance without a sack two weeks ago and with a potential East Division title on the line, Indiana quarterback Michael Penix might want to buckle up his chinstrap a little bit tighter on Saturday afternoon. It’s still hard given the way Ohio State rotates defensive ends for anybody to rack up big individual numbers, which is why on the surface just projecting a couple sacks from Zach Harrison might seem modest. But that will just be part of a larger effort from the Buckeyes as they dial up the pressure and finish with six total sacks against the Hoosiers.

Dwayne Haskins is responsible for five of the six 400-yard outbursts in Ohio State history, and on Saturday against the Hoosiers, Justin Fields will enter that exclusive club. Indiana’s defense, while it has been opportunistic, has not seen anything like Justin Fields and the Buckeyes receivers. Look for the Hoosiers to try and get to Fields early with a varied assortment of blitzes, but that’s going to wane quickly when the chunk plays start to add up. 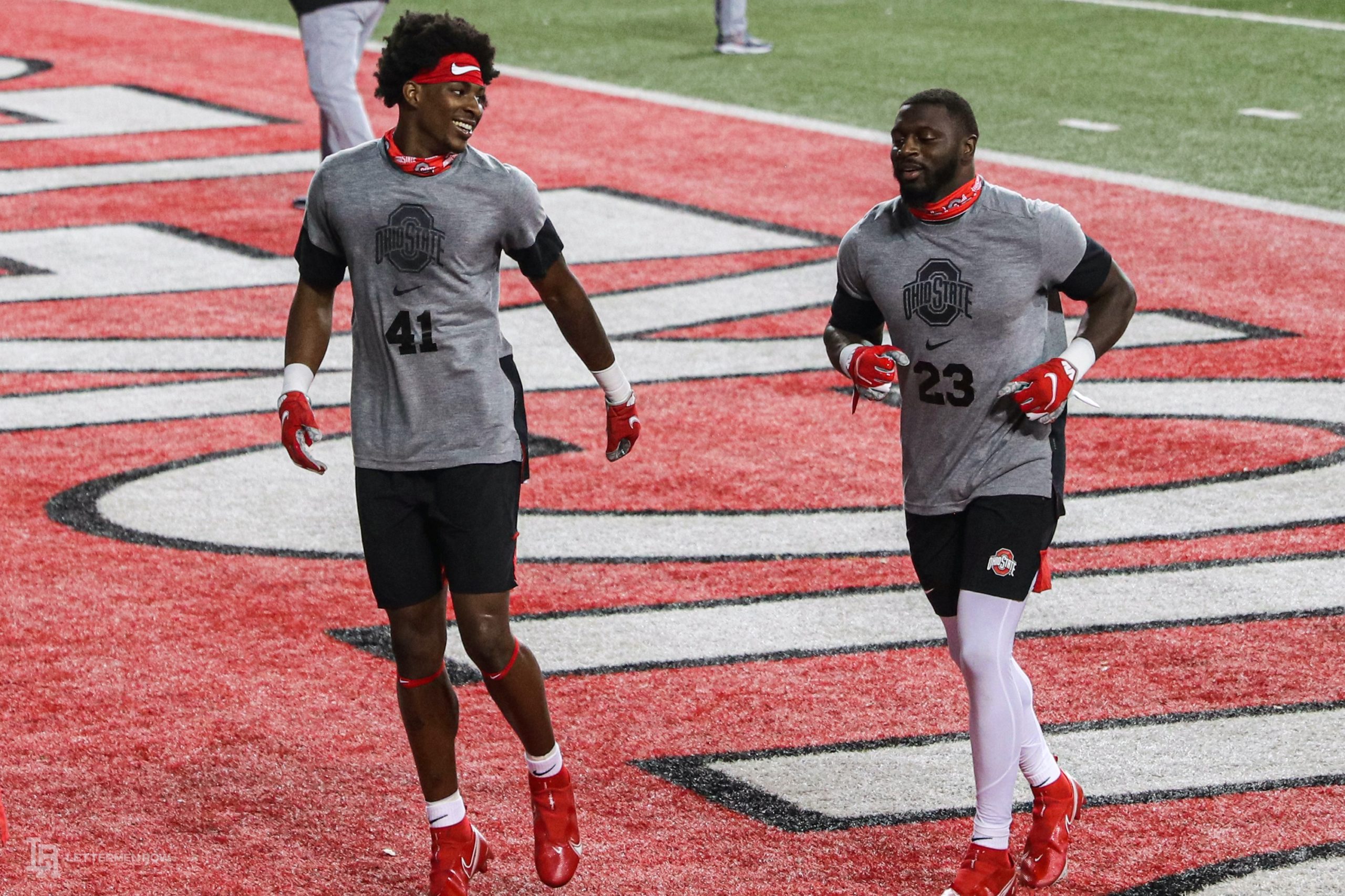 Indiana has done a good job of finding ways to win games so far this season, and those victories have come from Michael Penix, the quarterback who seems to be hell-bent on pressing his luck with opposing secondaries. Finally, the Buckeyes will be the defense to make him pay for his throws that somehow have found receivers in each of the first four games of the season. Penix will throw three interceptions — to three different Buckeyes — as Ohio State serves a reminder to the country of who is the top dog in the Big Ten.

Here’s the thing about blitzing a lot, as the Indiana defense has done effectively this season: You better get to the quarterback one way or the other. The focus for the Hoosiers this week will be on Ohio State’s Justin Fields. He just so happens to be the most accurate (86.7 percent completions) and one of the more elusive quarterbacks in the country. So let’s say he’s able to dodge more often than not the kitchen sink the Hoosiers plan to throw at him Saturday. He will then look up to see targets of major opportunity running through the Indiana secondary, the two more prominent being Chris Olave and Garrett Wilson. Look for those two receivers to combine for a minimum 15 catches and a minimum four touchdowns as the Fields-Olave-Wilson three-way call, with a combined 42 catches for 632 yards and six touchdowns going in, takes it up another notch.

Will Crall: Indiana keeps it close, covers against Ohio State

The spread of 20.5 points is large for a game between two unbeaten programs at this point. Indiana is a solid team despite their reputation as a bottom feeder in the Big Ten. The Hoosiers have a good quarterback and strong offensive and defensive lines. Tom Allen has the Hoosiers playing inspired, and they will certainly need to be to knock off the Buckeyes. I don’t think they will, but Ohio State will have to play their first full game of the season in a competitive matchup that will be decided in the fourth quarter. I’ll take Ohio State 38-30 in a game that is closer than most people think.