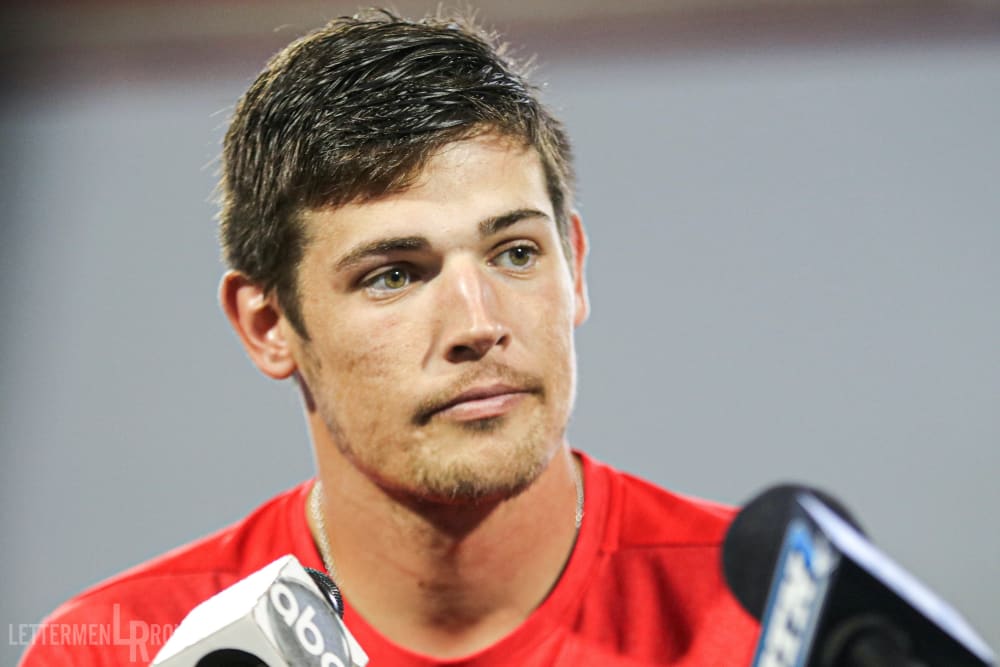 It’s the modern distributory pipeline for major college football players – quarterbacks especially, it seems – seeking a fresh start at a school that perhaps cherishes their talent more immediately than the one they’re leaving.

Justin Fields stepped into it at Georgia and came out the other end at Ohio State in January. Despite that, Gunnar Hoak made the move at Kentucky in late spring and also bubbled up at Ohio State.

So what’s it like inside the portal? Are there blinking multi-colored LEDs all around? Or is it a dark tunnel with perhaps a bright light at the end?

The other day after a preseason practice, Hoak laughed at that facetious question, as did Fields. But in a figurative sense it was like stepping into a chute, NCAA permission slip in one hand, career hopes hanging in the balance.

“I was a little nervous at first, because what if you enter the portal and the school you want to go to isn’t there, and you can’t find a good situation?” said Hoak, originally from Dublin Coffman High School. “I’m sure that’s happened to a few guys out there. When you had something going at Kentucky and couldn’t get your Master’s there – it’s a little nerve-wracking at first, but obviously Ohio State stepped in and I’m glad to be here.”

Fields found the experience to be more déjà vu.

What he did and when he did it made all kinds of sense. Though Dwayne Haskins, after a spectacular one-season run as Ohio State starting quarterback, didn’t announce officially he was leaving for the NFL until January, from late season on it was expected. That’s why when Fields, a former five-star prospect who played sparingly as a freshman at Georgia, said in December he was going to transfer, Ohio State shot to the top as the expected destination, especially when Haskins’ primary backup last season, Tate Martell, suddenly jumped into the portal on the way to Miami.

As for Hoak, his decision came after he took part in Kentucky’s spring game. He knew Fields already had gone through spring practices at Ohio State. Hoak also knew that Matthew Baldwin, who had been expected to be at least the Buckeyes backup this season, also had entered the portal post-spring and wound up at TCU. 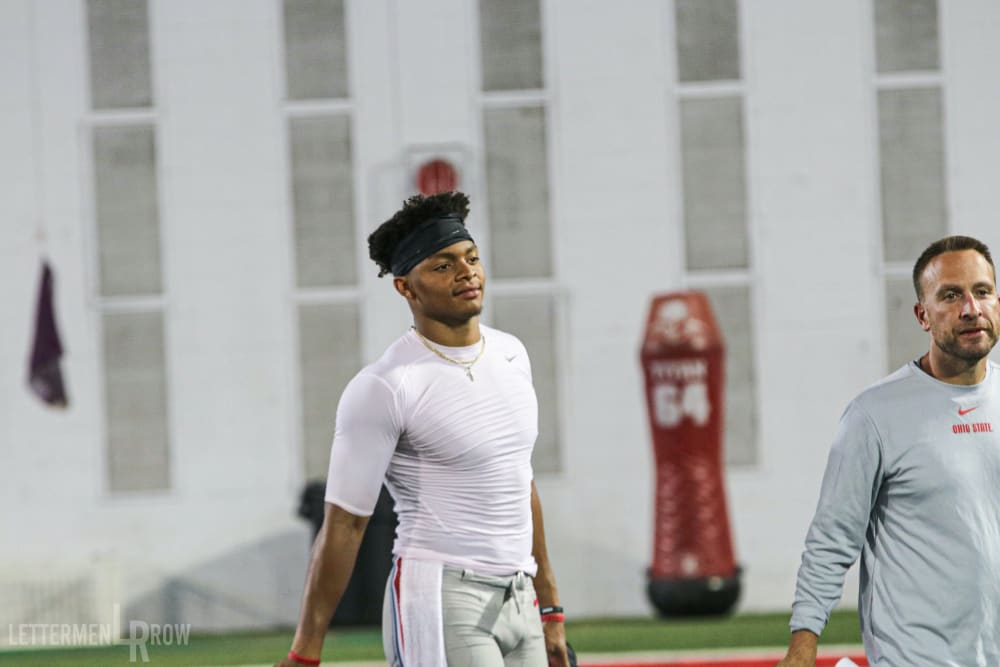 In other words, just from the outside looking in, Hoak, a journeyman at Kentucky who as a backup played in five games as a third-year sophomore last season, seemed to be sliding into the Baldwin role while Fields seemed destined to replace Haskins.

But Hoak made the move anyway. Despite offers from several other mid-major programs that likely could have brought instant starter status, he took the challenge of exiting the portal at Ohio State for one major reason.

“Great tradition,” Hoak said. “I’ve got a family legacy here [his father Frank was a tight end at Ohio State in the late 1980s, his uncle Fred Pagac was a long-time defensive coordinator and his cousin Fred Pagac Jr. was  a former player]. I wanted to come home and be part of the tradition. It’s awesome.”

On the field, he knew after arriving in June he was going to be playing catch up to Fields and the lone holdover from last year’s Ohio State quarterback room, Chris Chugunov — himself a transfer from West Virginia a year ago.

“You’ve got to be confident. You’ve got to come in and compete every day,” Hoak said. “You’ve got to take the time and learn the offense, get into the film room as much as you can throughout the summer, which we did, and coming into camp, keep doing it, and go out there every single day with confidence.”

Fields took it upon himself to help nurture that confidence, though as camp ensues he knows Hoak could become his primary competition.

“When he first came here he was kind of a quiet guy, but he has opened up to the quarterback room quite a lot,” Fields said. “He’s definitely been trying to get the offense down. I’m trying to teach him as much as possible … and every question he asks me I just answer it. We just try to get better.”