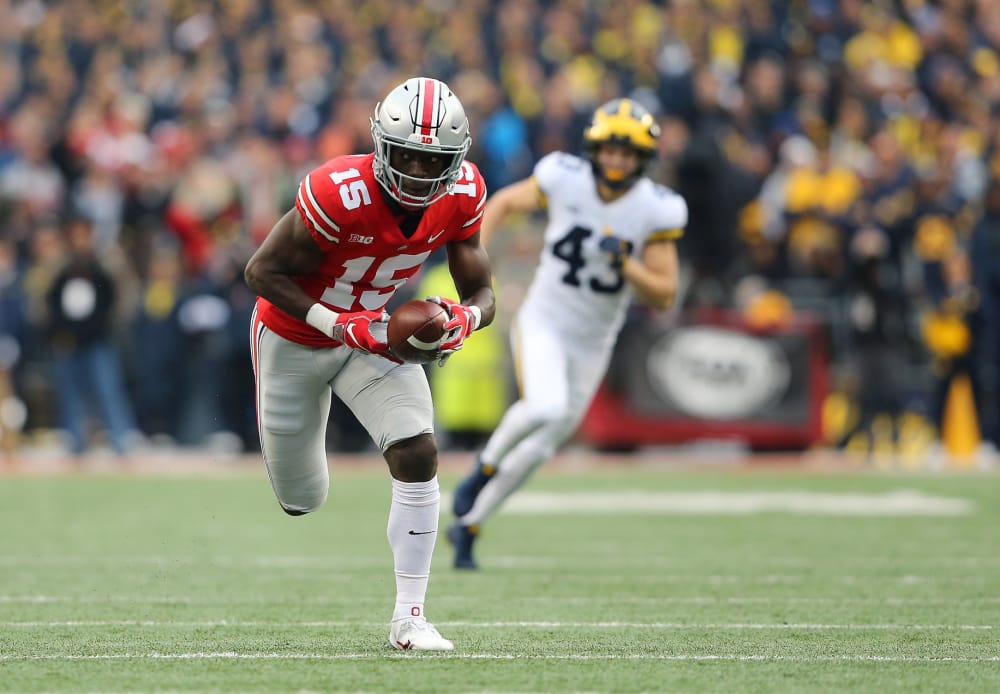 Ohio State defensive back Sevyn Banks may be called upon for a bigger role with the Buckeyes next season. (Joseph Maiorana-USA TODAY SPORTS)

It seems to happen every year at Ohio State.

A group of seniors and underclassmen leave Columbus for the NFL Draft, and another crop of players enter having been groomed to fill the holes left behind. After the Rose Bowl, this off-season won’t be very different than the last handful have been.

Except for the whole Urban Meyer retiring thing, of course.

The Buckeyes are likely to lose a handful of talent to the next level after Meyer’s swan song in Pasadena. Big names like Dwayne Haskins, Mike Weber, K.J. Hill, Dre’mont Jones and Jordan Fuller seem closer to leaving than to staying.

Just like handing the program keys over to Ryan Day, the positions that will see players depart are already left in good hands.

The Ohio State underclassmen were all parts of impressive recruiting classes the program has secured in recent years. Some have already played meaningful minutes in Columbus, while others proved their worth on the special teams front. One thing that is true though is that all of them will have to step up in their second year.

Here are a few freshmen who flashed on the field this season that will need to step into a larger, more important roles next season.

This might be the most obvious player on this list, as Olave really broke out the last three games of the regular season and in the Big Ten Championship game. He will likely be remembered forever for his two touchdown and blocked punt performance against Michigan. In essentially four games, Olave racked up 10 catches for 178 yards and three touchdowns. He’s got the goods.

Urban Meyer said multiple times down the stretch of the season that the San Diego native is “going to be a good one,” and Olave put that on display during two of the toughest matchups the Buckeyes had this season. With the departure of Johnnie Dixon, Parris Campbell, Terry McLaurin and probably K.J. Hill, Olave will likely be leaned on much more in Zone 6 next season.

If you didn’t know his name already, you likely learned it when he was returning Olave’s blocked punt against Michigan to the end zone.

Like most freshmen when they come into Columbus, Sevyn Banks spent a majority of the season on special teams due to both experience and the depth at his position. He was injured in the early part of the season but stepped up for Ohio State when asked.

His role could change very quickly if and when Damon Arnette and Kendall Sheffield declare for the NFL Draft. Banks would be one of the cornerbacks fighting for the spot opposite of Jeffrey Okudah that will likely be up for grabs.

That said, Banks may remain on special teams next season simply due to his speed and athleticism but he’s no doubt eyeing the opportunity to get more in-game reps at defensive back and compete for the starting job.

Like Banks, Josh Proctor will be in a similar situation at his position following the conclusion of this season.

Other than the consistency of Jordan Fuller, the safety position for the Buckeyes had been a question mark for a majority of the season until Brendon White stepped in and provided a bit of stability in a struggling defense. With Fuller likely forgo his senior season in Columbus for the draft, another huge gap in the Ohio State secondary will appear and Proctor will be given the opportunity to step in.

The Owasso, Oklahoma-native has been one to keep an eye on since he committed to the Buckeyes, and it seems he will finally get his chance in 2019. He was a very highly-recruited, 4-star prospect in the Class of 2018 and was mentioned by Urban Meyer as a guy that finally became a “better teammate” toward the end of the season. 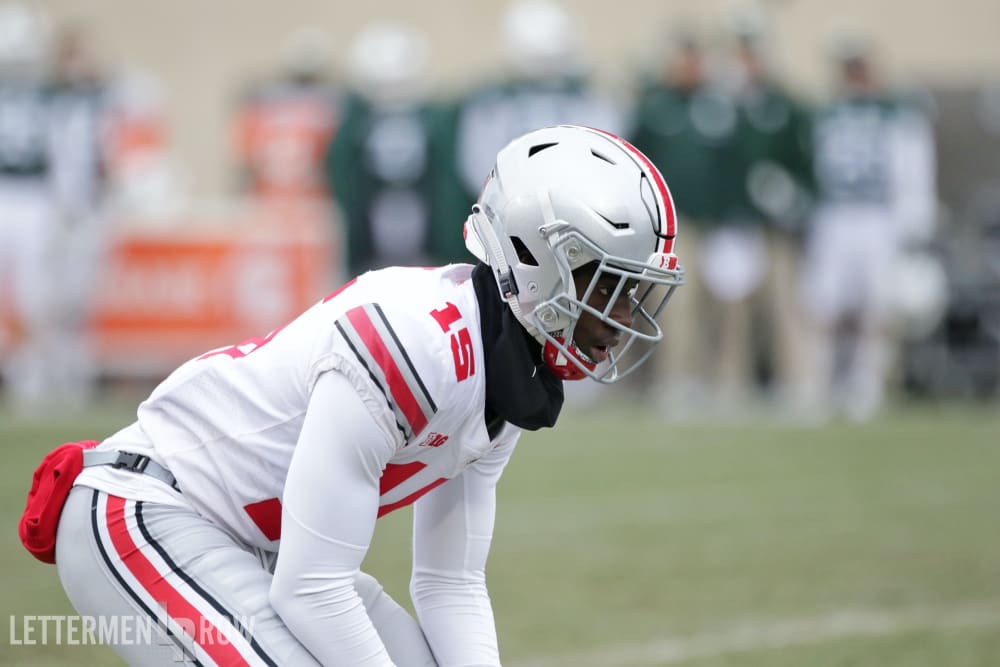 Ohio State freshman Josh Proctor hasn’t played many snaps in the Buckeyes secondary, but that is likely to change after this season. (Birm/Lettermen Row)

This might be one of the more interesting developments to watch this off-season because Dre’Mont Jones will declare for the NFL Draft after the Rose Bowl, if not before. The Buckeyes will be looking for an immediate impact at defensive tackle and their answer may come down to former 5-star defensive tackle Taron Vincent and former 4-star tackle Tommy Togiai.

The Pocatello, Idaho-native registered just nine total tackles during his first season at Ohio State but showed some bright spots such as tackle for loss in key moments during both the Indiana and Northwestern games. After enrolling early with Ohio State Togiai, like Proctor, was seen as someone who could make an immediate impact during his recruitment.

Larry Johnson loves to rotate his linemen throughout the game and Togiai is in line to add significant reps in 2019.

A special teams star his first season, Teradja Mitchell is another guy who could make a splash in his second year. He’s got the talent and the demeanor to do so.

Mitchell was a huge part of the Ohio State special teams unit this season and proved on the kickoff team that he has talent in terms of pursuit tackling and moving well for a linebacker that’s destined to play the Mike position. Pete Werner and Tuf Borland are likely entrenched as returning starters in 2019, but some close to the program believe that Malik Harrison could move on to the NFL and Mitchell will compete alongside guys like Justin Hilliard, Baron Browning, Dallas Gant and K’Vaughan Pope for an increased role in the defensive gameplan.

A group that struggled at times in 2018, Ohio State’s linebackers need a solid core of Buckeyes to bring back the pride and tradition of the Silver Bullets. Teradja Mitchell can be one of those pieces.