COLUMBUS — Eventually Ohio State will want to see more than just glimpses at what its young wide receivers can do.

But that’s certainly a fine place to start since it validated the potential the Buckeyes and just about everybody else saw on the recruiting trail.

A jaw-dropping touchdown with uncanny body control. A dazzling route with deep-ball tracking for a touchdown. An unexpectedly large role in a championship game when the lineup was short-handed.

Ohio State will take those flashes from Jaxon Smith-Njigba, Jameson Williams and Julian Fleming and grow from there as the next wave of star wide receivers starts pushing for more targets. And a normal, full spring camp is where that work really begins for the Buckeyes.

“We have a really good room there,” Day said. “We have some really good talent. But we need to bump that talent. That’s a really huge area that we have to focus on here, because you’re going to have a young quarterback.

“Those young receivers are going to have to really step up now.” 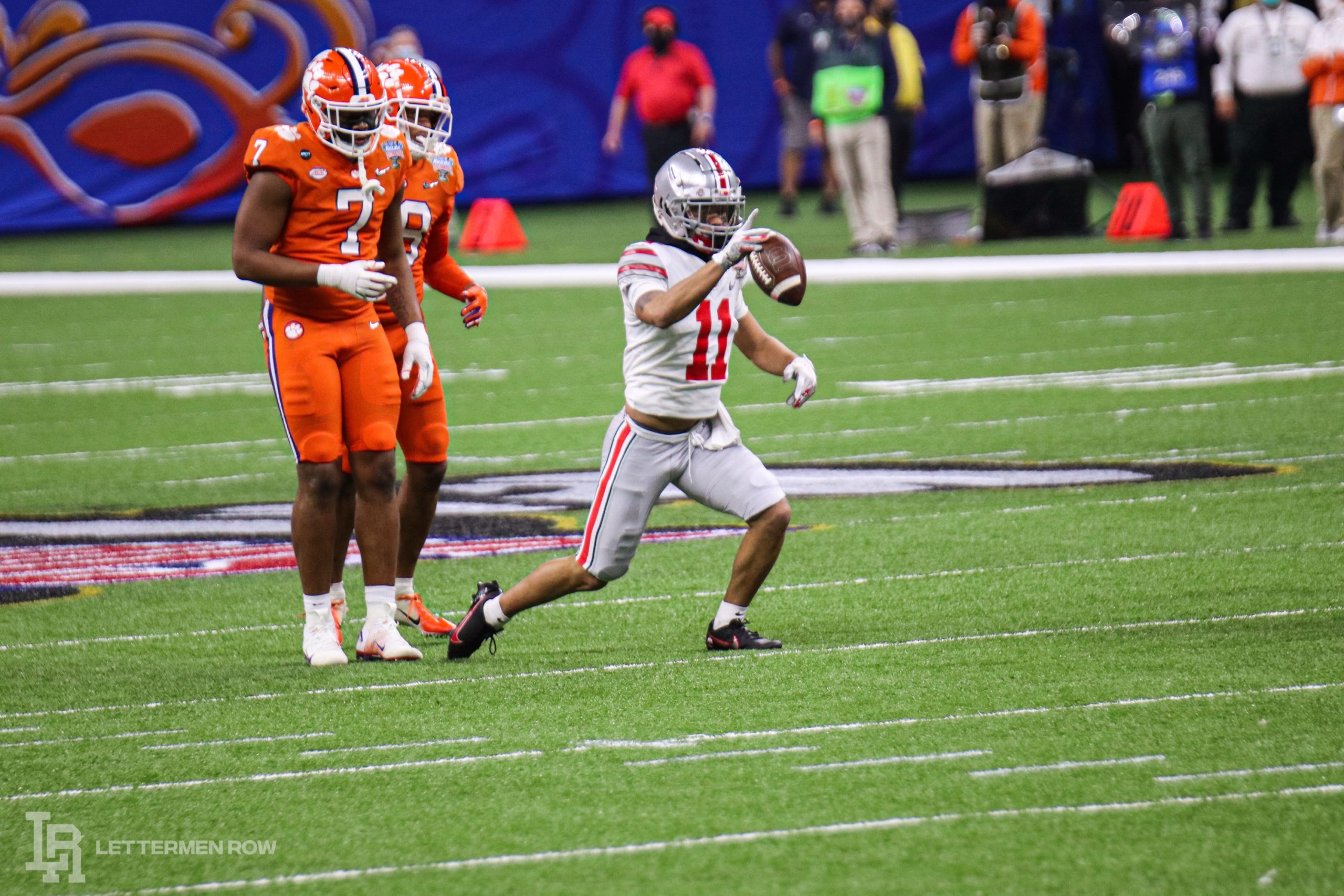 The Buckeyes can still build around two proven superstars this season with Chris Olave and Garrett Wilson returning, so in the short term it’s hard to view the workouts in March and April as anything close to make-or-break practices for those guys looking to expand the rotation.

But Olave is a senior and Wilson is almost certainly going to be in position to declare for the NFL Draft after this year, which does add to the urgency for Ohio State to develop the depth and groom guys like Smith-Njigba and Fleming to eventually take the torch.

Obviously that process is already underway. But spring camp is where much of the heavy lifting gets done — and Ohio State has already seen glimpses of what those wideouts can do even without a normal one.

What makes Jaxon Smith-Njigba, Julian Fleming and Jameson Williams stand out when they get the chance for Ohio State? How can those three wide receivers help expand the rotation for the Buckeyes this season? Where can improvements be made during spring camp? Former Ohio State captain and Washington Football Team star Terry McLaurin popped in some highlights and answered those questions in his latest appearance on BuckIQ.