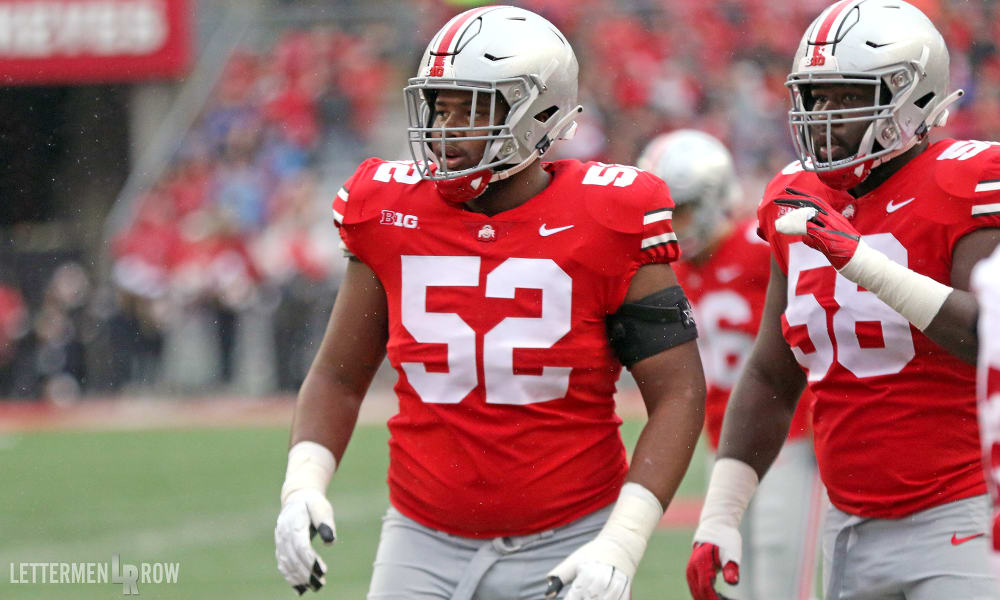 Ohio State guard Wyatt Davis is expected to start for the Buckeyes in the Big Ten title game. (Birm/Lettermen Row)

COLUMBUS — The stage for the first career start for Wyatt Davis at Ohio State could hardly be any bigger.

The Buckeyes, though, have seen an offensive guard capable of cracking the lineup for weeks now. So, they didn’t even bat an eye even after suffering a significant loss on Saturday with Demetrius Knox breaking his foot and forcing the coaching staff to shuffle the rotation.

Davis isn’t the only option for the Buckeyes heading into the Big Ten title clash with Northwestern in Indianapolis. But Urban Meyer didn’t even need to see a single practice this week to make up his mind about the next guy in for Ohio State up front.

“We’re right in the middle of that, but Wyatt Davis will get the start,” Meyer said on Monday. “Josh Myers is so close, he’s had a great month and a half of practice. Branden Bowen was the starting right guard before he got hurt, and he’s back to almost where he was. This will be a big week for all three of those guys.

“Then the other guy is Josh Alabi, if you remember about five weeks ago, we were down to the last tack, the last group of guys. Now we’ve got some depth.”

The Buckeyes also have some flexibility now even without Knox, who had been one of the most reliable contributors for an offensive line that went through a couple rough patches this season.

The emergence of Myers could open up a couple different options if Ohio State needs to make a change at center or loses another guard. Bowen has starting experience and brings veteran leadership. And Alabi has already had to come off the bench for long stretches to help the Buckeyes at tackle. 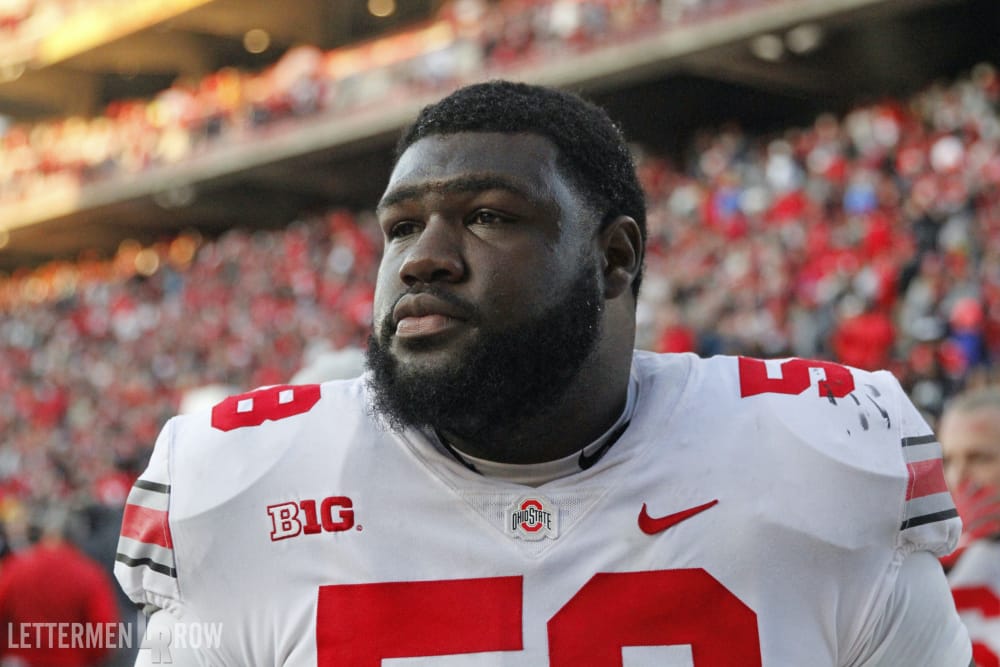 But it’s Davis who has been turning heads for the last month or so on the practice field, where his effort was already earning him snaps as an extra blocker in a jumbo package Ohio State has used in the red zone.

“We have inside drill every Tuesday and you see this kid [performing],” Meyer said. “He’s a highly-recruited guy who was a little lost in the weeds his freshman year, fatigue would often get him. Once he got that figured out … he’s a rugged guy, and he’s been scratching and clawing for playing time ever since.

“For five or six weeks now, he’s been close. We just didn’t want to disrupt the flow of the five guys who were in there.”

An injury has now tripped up the rhythm for those five guys.

But now Davis has the opportunity he’s been working for — and a bright spotlight for his starting debut.