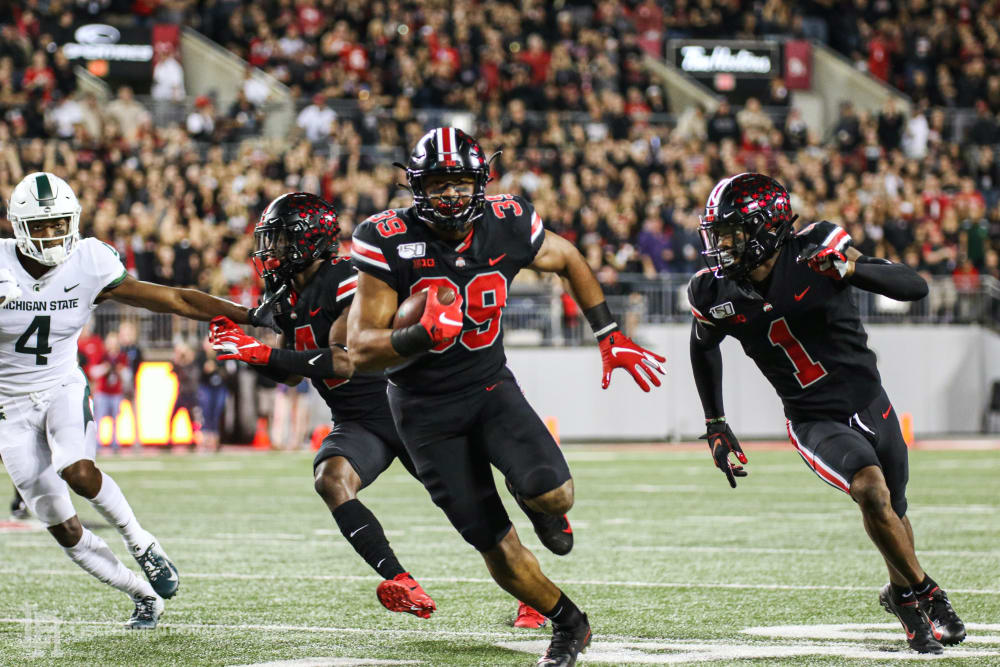 Ohio State linebacker Malik Harrison helped set the tone for the Buckeyes in a win over Michigan State. (Birm/Lettermen Row)

And when it finally got a real one, it again passed with flying colors.

The Buckeyes obviously weren’t flawless on Saturday night at the Horseshoe, and a ranked opponent in Michigan State deserves some credit for exposing a few areas where improvement might be needed for a national-title contender. But Ohio State took the early punches from the Spartans and responded with another complete effort in what turned out to be a blowout 34-10 win that has the program rolling into the off date and the midway point of the season.

After steamrolling through the non-conference schedule and throttling both Indiana and Nebraska in road games that were supposed to represent measuring sticks, Michigan State was the first opponent of the season that truly looked capable of offering a challenge for the Buckeyes. For a while, that’s exactly what they got — and the way they responded is perhaps the surest sign yet that they’re capable of making a real run to the College Football Playoff again this season.

There is much more coverage of the latest win for the Buckeyes coming at Lettermen Row. But it starts here at the final gun with Snap Judgments as Ohio State claimed victory No. 6 of the season.

Occasionally lost in the shuffle thanks to the attention Justin Fields is generating at quarterback and all the other talent at the skill positions, J.K. Dobbins just keeps building momentum and is putting together a special season at tailback. Against one of the stoutest rush defenses in the country, Dobbins kept plowing into the line, lowering his pads and setting up the Spartans for a knockout blow. Midway through the second quarter, the junior threw his best punch with a 67-yard touchdown rush that helped bust the game open and strengthened his case as one of the most important cogs in the Ohio State offensive machine.

The margin for error has widened considerably for Ohio State thanks to an aggressive, hard-hitting, turnover-hungry defense that is in the midst of a truly remarkable turnaround. If the Buckeyes had struggled through a rough first quarter like they did on Saturday night against the Spartans, it’s possible they could have found themselves in a hole thanks to a defense that struggled to pull its share of the weight. But this year, Ohio State had plenty of time to find its footing and make offensive adjustments thanks to a pair of early takeaways from the Silver Bullets and a defense that steadily choked the life out of the Michigan State attack. The revamped coaching staff deserves credit, but the majority needs to go to a group of players who were part of the struggles and came back this season intent on making sure it never happened again. 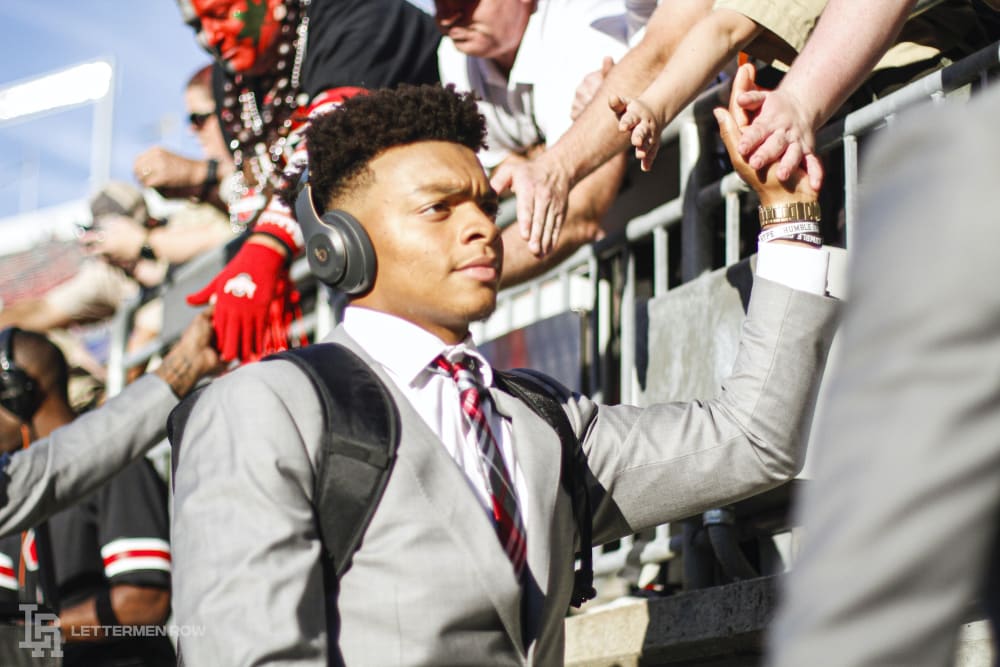 The interception-less streak wasn’t going to last forever, and absolute perfection is a standard that a quarterback is never going to reach against a defense as well-coached and talented as Michigan State. So, yes, the throw by Justin Fields that was picked off in the third quarter was a little dicey. And the sophomore also missed a couple in a shaky first quarter that he surely would have liked to have back. But he also flashed his dazzling athleticism with a few runs that helped loosed up the Spartans, he never flinched in the face of a tenacious pass rush and he still wound up tossing for a couple more touchdowns and rushing for to seal the deal. At the midway mark of his first season as a starter, Fields faced his toughest test — and the Buckeyes emerged with another victory.

The margin of victory still wound up being comfortable for the Buckeyes, but it didn’t come easily against the Spartans. And that’s going to be a useful coaching tool for Ryan Day heading into the off date, who should have no problems getting the attention of his team during the break. Ohio State had a couple problems on the offensive line, the defense wasn’t quite as buttoned-down at times as it had been early in the season and there were a handful of mental lapses that produced costly penalties. It’s a sign of the overall strength of Ohio State that it could overcome those tests and still dominate on the scoreboard. But the Buckeyes have room to grow and a coach who won’t let them get complacent during the long buildup for the trip to Northwestern.