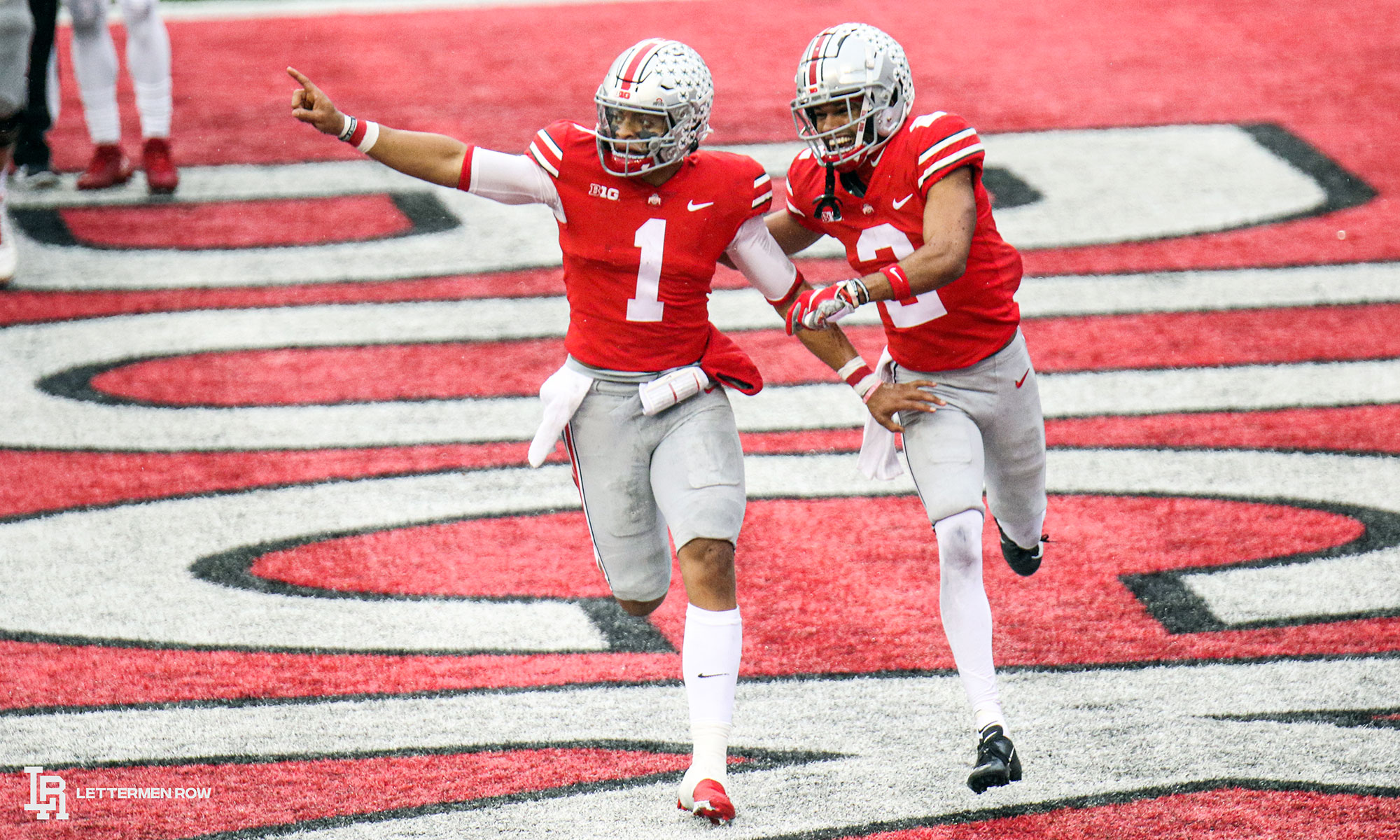 Ohio State proved its still the king of the Big Ten with a win over Indiana. (Birm/Lettermen Row)

Indiana proved to be a worthy challenger for stretches in its marquee shot at the title, but the Buckeyes still were too much to overcome as they maintained control of the Big Ten race.

Ohio State again will look back and wonder why it hasn’t been able to play a full game at the elite level it expects. But the flashes of its frightening potential are still more than enough to power it to victories even over unbeaten, top-10 ranked opponents like it did in a 42-35 win over the Hoosiers on Saturday at the Horseshoe.

The Buckeyes saw plenty of uncharacteristic performances, starting with Heisman Trophy candidate Justin Fields throwing three interceptions and including a bewildering outing from the secondary as Indiana clawed back into reach in the second half. But that still couldn’t bring an end to the dominant run Ohio State is in the midst of as the three-time defending conference champions, and it remains in position to defend that crown.

The bottom line: Ohio State hasn’t played its best, but it still didn’t pay for it even against a dangerous opponent that smelled an upset.

There will be much more coverage of the latest win for the Buckeyes coming at Lettermen Row. But it all starts with Snap Judgments. 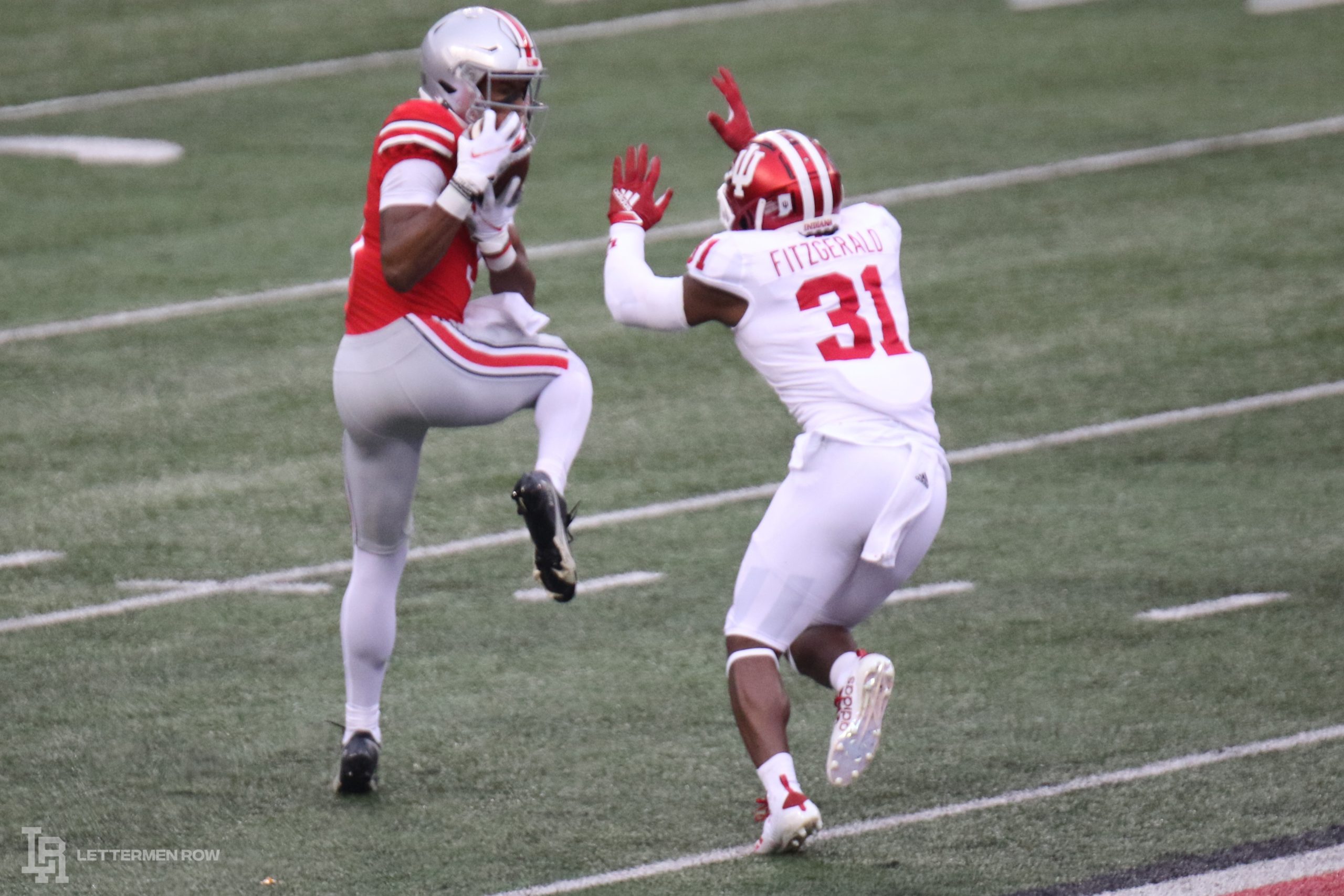 There were again moments of superhuman feats from Justin Fields. His dazzling, soaring touchdown run before halftime was a reminder of how special the Ohio State quarterback is — and how quickly he can demoralize an opponent when he puts his foot on the accelerator.

The junior’s outing against a blitz-happy Indiana was also a reminder, though, that Fields isn’t going to be perfect on every snap and that there are still areas where he can improve. The Hoosiers were clearly making him uncomfortable in the first quarter, and that uncertainty and a wet football combined to produce his first two interceptions of the season. Those mistakes would obviously be a bigger deal against a College Football Playoff-caliber opponent, but the flip side is that Fields is more than capable of making up for any missteps with moments of brilliance to fuel the Buckeyes.

After two weeks of questions about the second-half energy from the Ohio State defense, that unit was clearly intent on proving itself right from the outset. There was no mistaking the urgency from the pass rush to open the game, no denying the physical tone set by the linebackers and even signs of improvement in the secondary during the critical early stages of the matchup.

The strong start was even more critical with the Buckeyes struggling just a touch to build offensive momentum, and the Silver Bullets were able to pin down Indiana long enough to provide some wiggle room before the blowout began. Ohio State is still not perfect in the defensive backfield, and it was hit for a couple huge gains where communication appeared to be an issue. But the Buckeyes were back at a level the program expects on defense — at least until the secondary collapsed and the game turned into a second-half shootout. 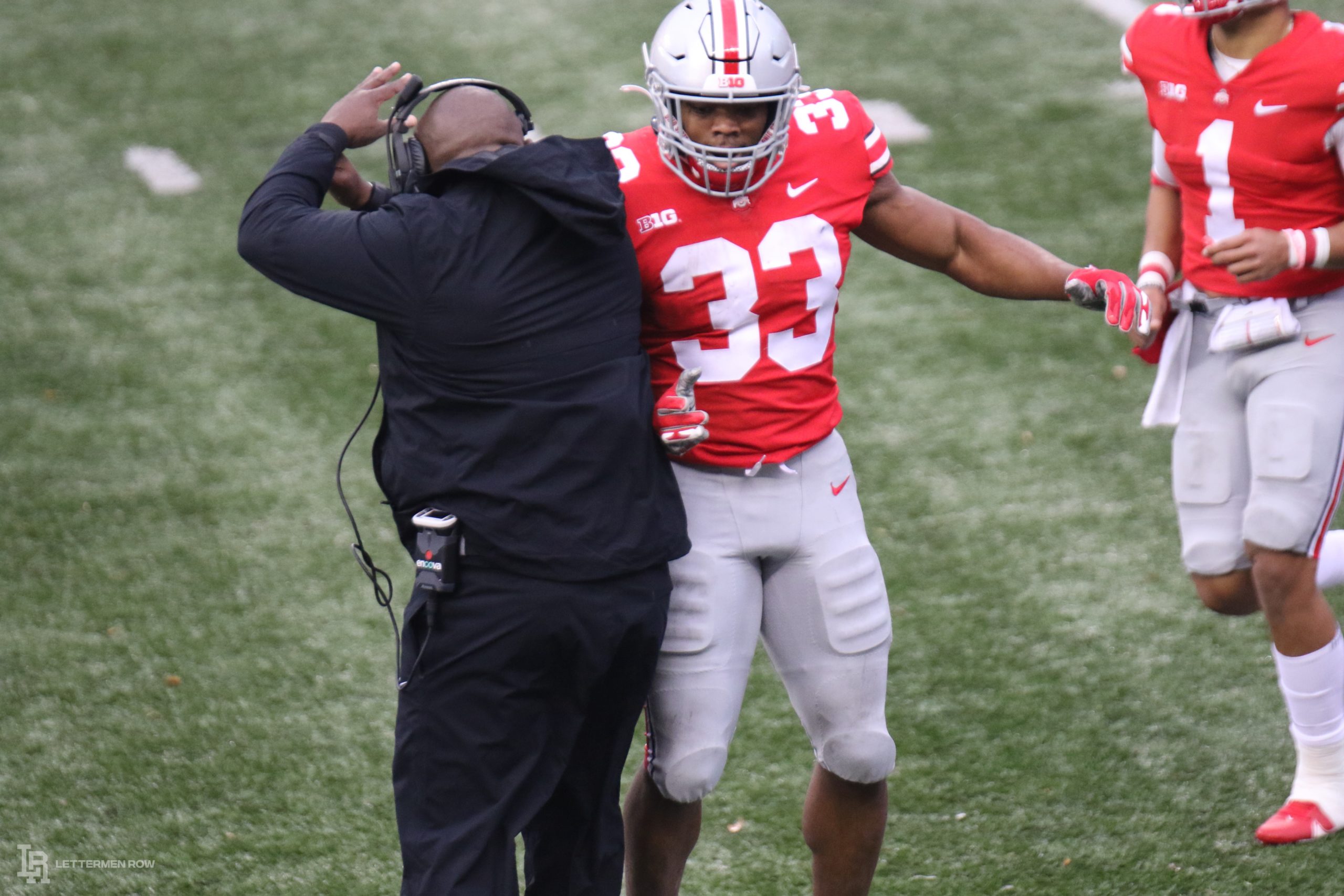 Ohio State running back Master Teague was a star for the Buckeyes. (Birm/Lettermen Row)

Ohio State still wants to rotate, and there was nothing wrong with that approach against Indiana with both tailbacks finding success. But Master Teague appears to be elevating his game and is clearly playing at the highest level of his career, and Ohio State should now be at a point where it can trust him to be the primary option for the surging rushing attack.

Teague showed an ability to make the right decision in the hole, he flashed top-end speed that he rarely gets credit for and he continues to be an absolute load to take down in short-yardage situations. With the Buckeyes occasionally struggling in the passing game for the first time this season, Teague was an invaluable weapon to keep the attack humming along in the win over the Hoosiers.

With all due respect to an Indiana passing attack that deserved credit for making big plays, Ohio State made it easy at times with numerous breakdowns that were wildly out of character for a unit that is annually one of the best in the country. The Buckeyes can point to any number of excuses for the issues, starting with the lack of a spring camp under new defensive coordinator Kerry Coombs or the inability to work out kinks during nonconference matchups. But there are clearly personnel problems as well, and Ohio State needs to take a long, hard look at what’s happening to safety Marcus Hooker and slot-cornerback Marcus Williamson.

Ohio State recruits at the highest level in the nation in the secondary, so there is young talent waiting in the wings. Next week at Illinois, the Buckeyes really need to consider looking at other options.