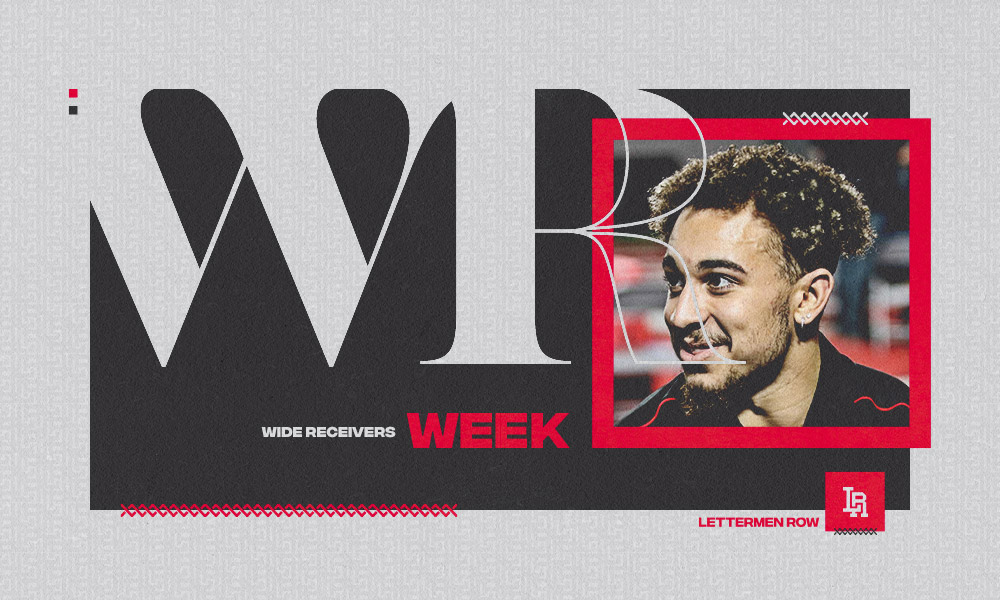 The speculation, debate and conversations about Ohio State never end, and Lettermen Row is always ready to dive into the discussions. All week long, senior writer Austin Ward will field topics about the Buckeyes submitted by readers and break down anything that’s on the minds of the Best Damn Fans in the Land. Have a question that needs to be tackled, like the one today about Ohio State and the freshmen wide receivers? Send it in right here — and check back daily for the answers.

What is the word within the program on guys like Jaylen Harris and Jamison Williams? Will Julian Fleming and Jaxon Smith-Nigba break the rotation or will the guys that have been in the program be to much to overtake?

Ohio State doesn’t need the new Fab Four to show up and become superstars right away.

The Buckeyes have veterans returning, and the starting lineup is relatively secure with a pair of elite talents locked into spots and four-star prospect Jameson Williams poised to take a major step forward after his first year in the program. Assuming C.J. Saunders gets his sixth year of eligibility approved, he will provide another reliable weapon in the mix while Jaylen Harris tries to make his long-awaited breakthrough as a senior.

So, even after losing three seniors to the NFL after last season, the Buckeyes could conceivably still be close to rolling out a six-man rotation without leaning on perhaps the most impressive signing class of wide receivers in the modern era. That isn’t likely to happen given the enormous potential those newcomers bring to Ohio State, but it’s a useful reminder of just how deep that group could be for position coach Brian Hartline — and that reps will certainly have to be earned.

Based purely on one open practice as part of the three the Buckeyes had before the pandemic shut down spring camp, it seems a safe bet to assume there will be playing time to be found for that group. Julian Fleming may need some patience to fine-tune his route running, but he’s got far too much natural athleticism not to see the field. Jaxon Smith-Njigba might go through growing pains, but he was already making plays down the field in his first workout against Ohio State’s talented defensive backs. Gee Scott arrived looking physically like a three-year veteran of the program, and his maturity and willingness to block will give him a foot in the door for snaps. And while Mookie Cooper probably faces the stiffest challenge on the depth chart in the slot/H-back role, his versatility will also give the Buckeyes a chance to get creative in finding ways to use him. 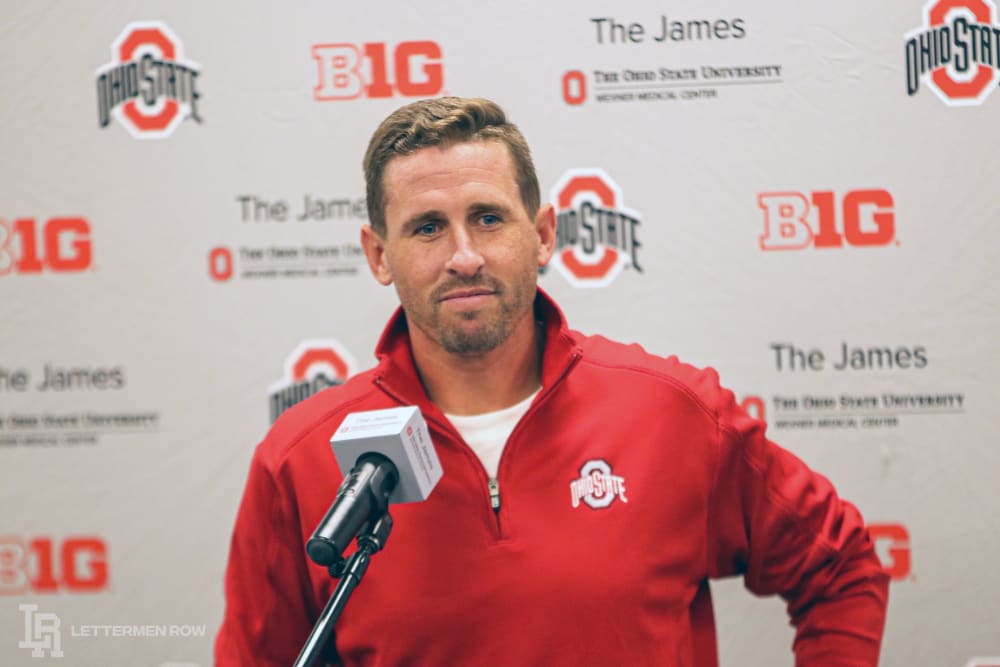 “The biggest impression is how competitive they are, how much they care about it, how much it matters to them,” Hartline said. “Those are the things that jumped out. They have an uncanny ability to make plays, and they want to help their teammates. They’re very coachable, very positive.

“But it was only three practices.”

That certainly wasn’t the plan when all four guys enrolled early. And given what the Buckeyes have returning and the way it tends to stick to a six-man rotation, the math was already a little tricky to squeeze them all in this season.

Without the benefit of a full spring and with live football activities still at least a month away, it’s also a bit premature to try to project exactly who has the best shot of contributing early — and how much of an instant impact can be made. The Buckeyes, though, are again in a position like last year where they didn’t necessarily need Garrett Wilson to help from Day One, which allowed him to ease his way into the mix before proving he had to be on the field late in the year.

Considering the upside Fleming and Scott bring and the opportunities that might exist on the perimeter, it feels like a safe bet those two will have chances there. Smith-Njigba can do just about everything the Buckeyes ask in any receiving role, and his record-breaking production against quality competition in Texas also makes it feel inevitable that he’ll find a way to help the Buckeyes this season.

But there’s a lot of work to be done for those touted targets, and Ohio State is still deep enough that it won’t have to simply hand those guys jobs right away.

It also won’t be a surprise if they earn them.

Scarlet Sunrise: Buckeyes miss out on another top target
C.J. Saunders can do more than lead for Buckeyes
Advertisement