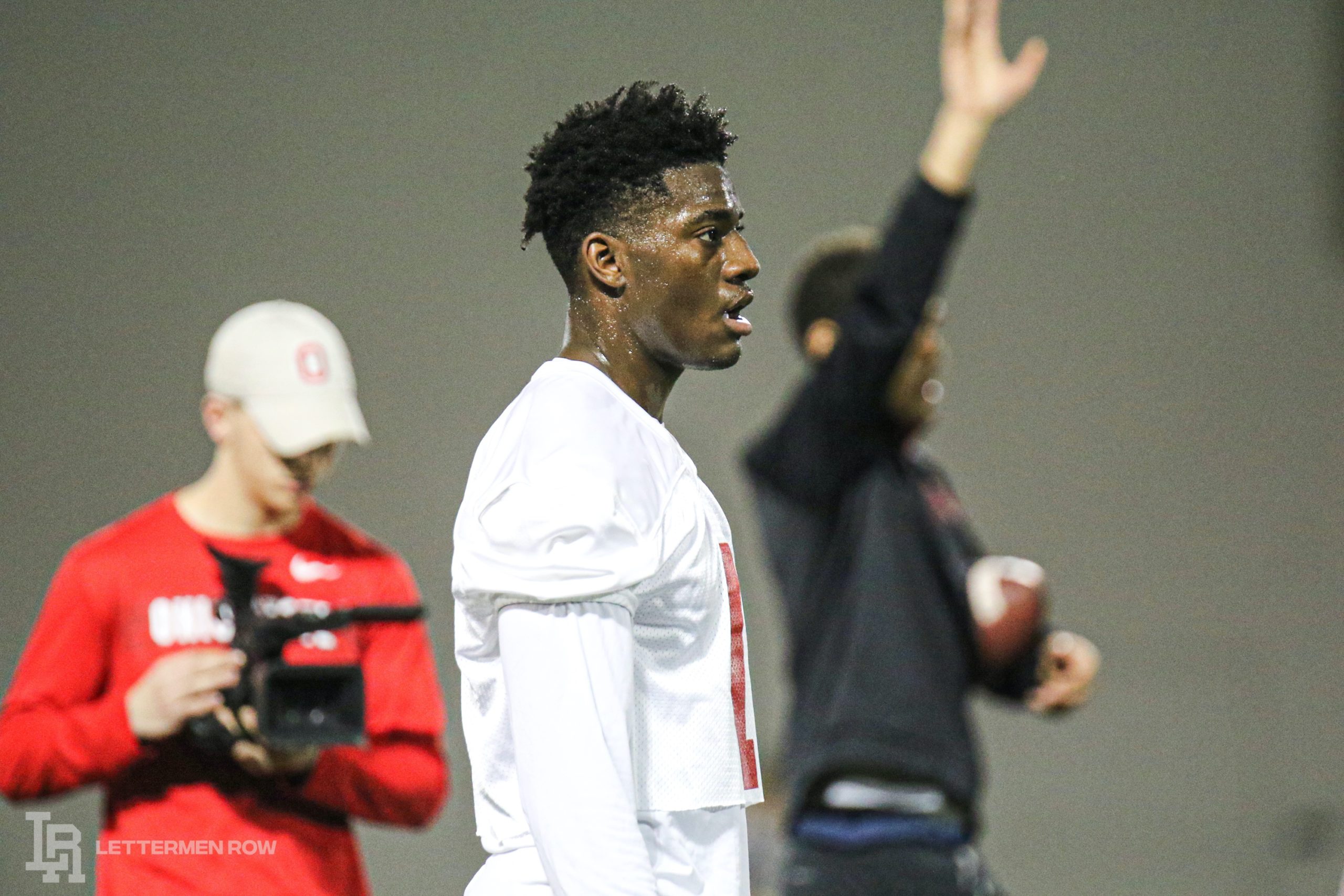 COLUMBUS — Ohio State has only scratched the surface of preparation for the next run at the College Football Playoff.

The full pads just went on for the first time on Friday, and there’s barely been any live hitting for the Buckeyes. And yet, they’re also nearly a quarter of the way done with spring camp given the limited opportunities available at this time of year.

So, the sample size is both small and potentially meaningful for Ohio State at this point. Considering how badly the reigning Big Ten champions wanted to get the bad taste out of their mouths from the Fiesta Bowl, there’s also an unmistakable urgency with the way Ryan Day’s program is attacking even these early practices.

“We felt like we got a good foundation set underneath us this past season. But we didn’t reach all our goals, and so there’s still a lot of work to be done.”

The Buckeyes are obviously just getting started in the grand scheme of things for this season. But Day also opened up one practice to the media and had a couple position groups available for interviews after a second workout, giving Lettermen Row a couple chances to see and hear about guys who are emerging for Ohio State. After Week One, here are a couple names to know — along with the well-worn caveat that it’s still early. 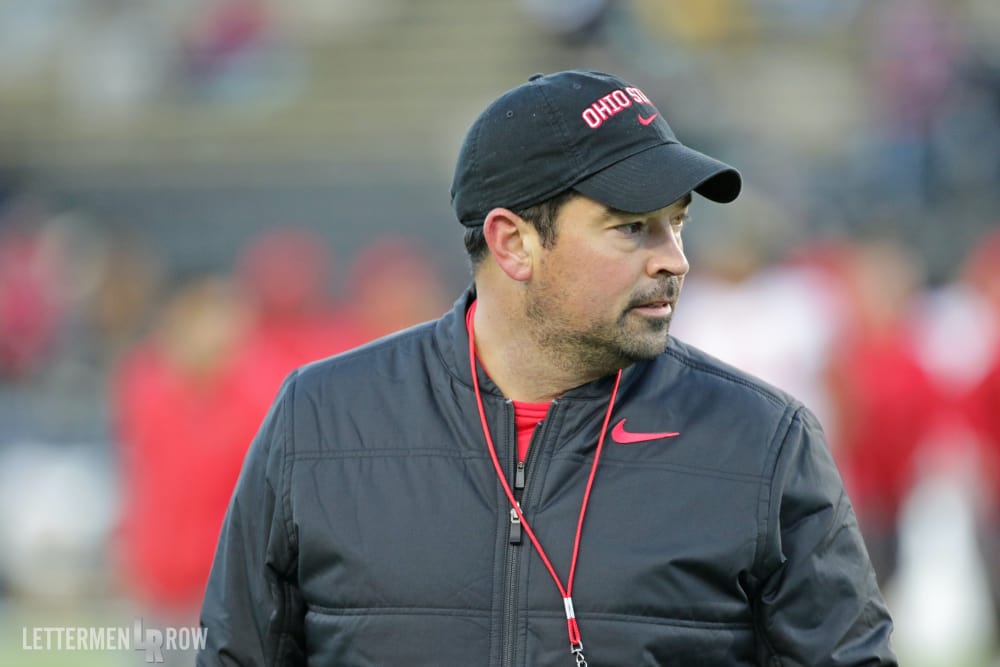 The secondary came into the spring as perhaps the unit facing the most uncertainty at Ohio State, and having Shaun Wade and Cameron Brown limited for the first workout only intensified the spotlight on the defensive backs actually on the field. Several guys made impressive plays on Monday, and there were a handful of interceptions nabbed by the unit — but Sevyn Banks dominated most of the attention thanks to his prominent role with the current first-team group and the way he’s developed physically. Ohio State needs two cornerbacks to step up and fill out the rotation alongside Wade, and Banks left little doubt that he intends to be one of them.

There’s always a risk of getting carried away with first impressions, particularly when the Buckeyes open practice without full pads. But it’s also rare to see a true freshman make as many plays during his first official workout with the program as Jaxon Smith-Njigba did when he was streaking down the sideline, showing off a knack for tracking the ball and putting some sticky hands on display. Julian Fleming is the headliner for the decorated signing class at wide receiver, but Smith-Njigba put down his marker right away that he can be an instant-impact performer for the Buckeyes. 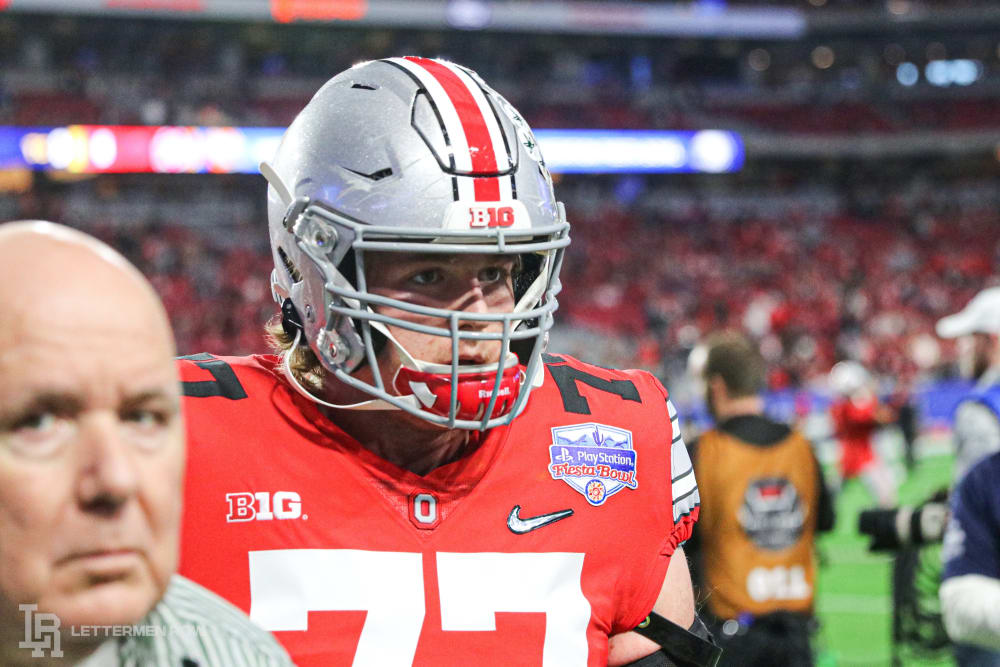 There will be no rush to settle the competition for the vacant starting job at left guard, and Ohio State has several viable options. But Harry Miller is clearly going to be the odds-on favorite to emerge in that role, and the former five-star recruit probably is probably going to be tough to beat out given his maturity both physically and mentally. Miller is the center of the future. Until that time arrives after Josh Myers leaves, though, Miller is going to have a chance to grow and maul defenders at guard — like Pat Elflein and Billy Price famously did a couple years ago.

Ohio State would certainly prefer to have a healthy Josh Proctor out there to put his stamp on the secondary now that he’s expected to be the guy at safety. But while the junior is limited to mental reps in the spring, Marcus Hooker has a huge opportunity to show what he can do in the backend — and he appears to have taken a big jump physically thanks to the offseason weight program. It’s still unfair to expect him to blossom into the same kind of game-changer that his older brother was a few years ago for the Buckeyes, and there are clearly differences between their games. Don’t write off Hooker as a factor for Ohio State, though, because he’s off to a solid start already this spring.

As if Steele Chambers wasn’t already motivated enough to make a name for himself in the competition at tailback, he’ll have even more fuel available now that there seems to be so much pessimism at the position after Master Teague tore his Achilles and with Marcus Crowley out until sometime in the summer. The spring belongs to Chambers, and while Ohio State will be careful not to overwork him, he’s going to get as many reps as he can handle — which should only help in his development after redshirting last season. The young tailback has the ability to do anything the Buckeyes throw at him and looks physically ready to handle the grind at the position, and Chambers could use these 15 workouts to propel him into a key role by the fall.