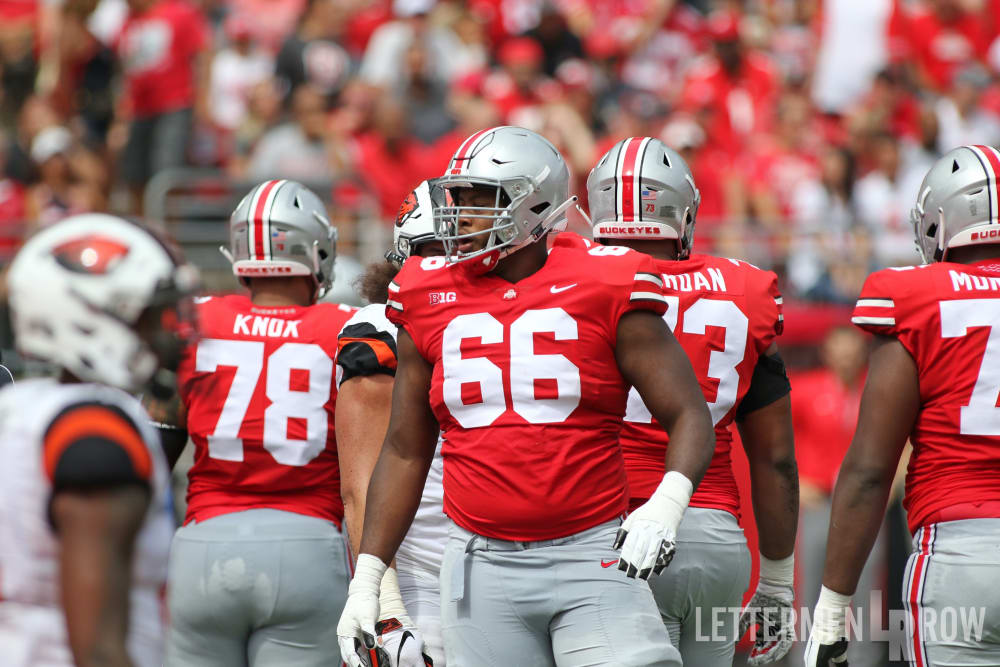 Thayer Munford said that the offensive line is aiming to “go beat the crap out of everybody”.

To hear from the rest of the Buckeyes, watch the videos below.