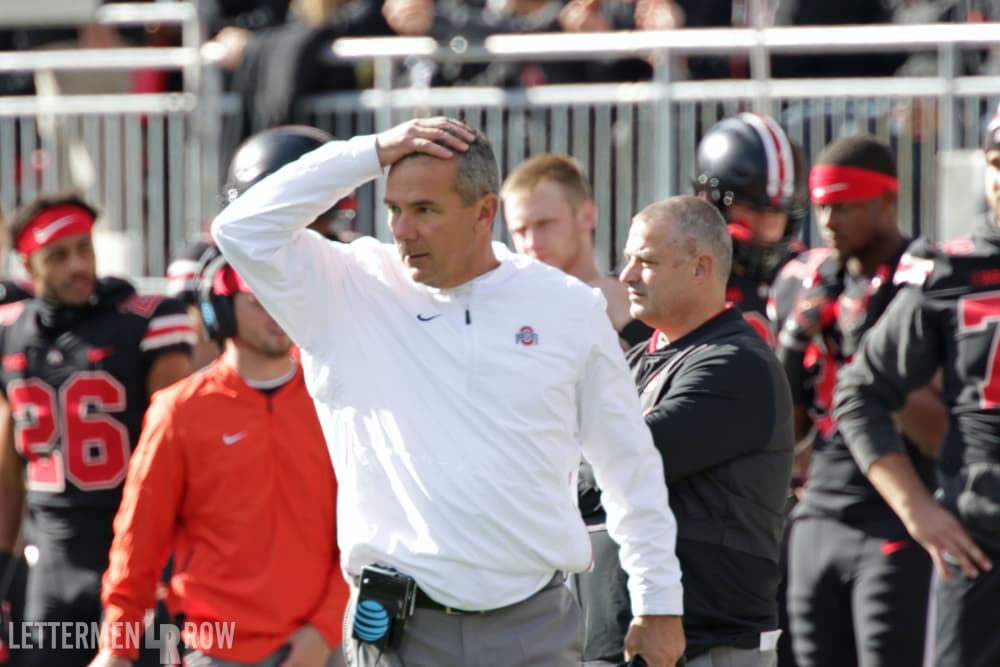 Ohio State coach Urban Meyer got another win, but the Buckeyes still have issues. (Birm/Lettermen Row)

COLUMBUS — The time has been ticking now for a while, but maybe Ohio State needs a louder clock.

The Buckeyes were supposed to be attacking their problems with urgency. They were allegedly angry and wanted to prove a point. The first weekend of November was going to be a turning point and kickstart a November run to championships.

It’s not too late. Ohio State is still in position to go out and win some hardware, and there are still countless programs that would gladly trade places with a one-loss team that’s only problem on Saturday was not winning by enough in a 36-31 matchup against Nebraska at the Horseshoe.

But the Buckeyes simply can’t afford to wait any longer to seriously address the lingering issues if they’re going to end a season with so much promise the way they want.

“I thought our team gave great effort,” Ohio State coach Urban Meyer said. “I thought the energy was there, so I was pleased.

“I think we’re close. We better be when you see what’s coming up next week [at Michigan State], but I liked the effort today.”

It’s true that the Buckeyes showed some juice, because without any they wouldn’t have been able to overcome the sloppy start and respond with a couple inspired stretches that showed their true potential in the second half.

It’s also fair to point out that the rash of injuries Ohio State has suffered would make it a challenge for even the hardest-working team to play its best when so many starters are missing — a list that included both starting safeties by the middle of the second quarter.

Sure, Ohio State could leave the stadium feeling a little better about itself when it comes to a rushing attack that had been stuck in neutral but exploded with its tailbacks combining for 254 yards and J.K. Dobbins rushing for three touchdowns. 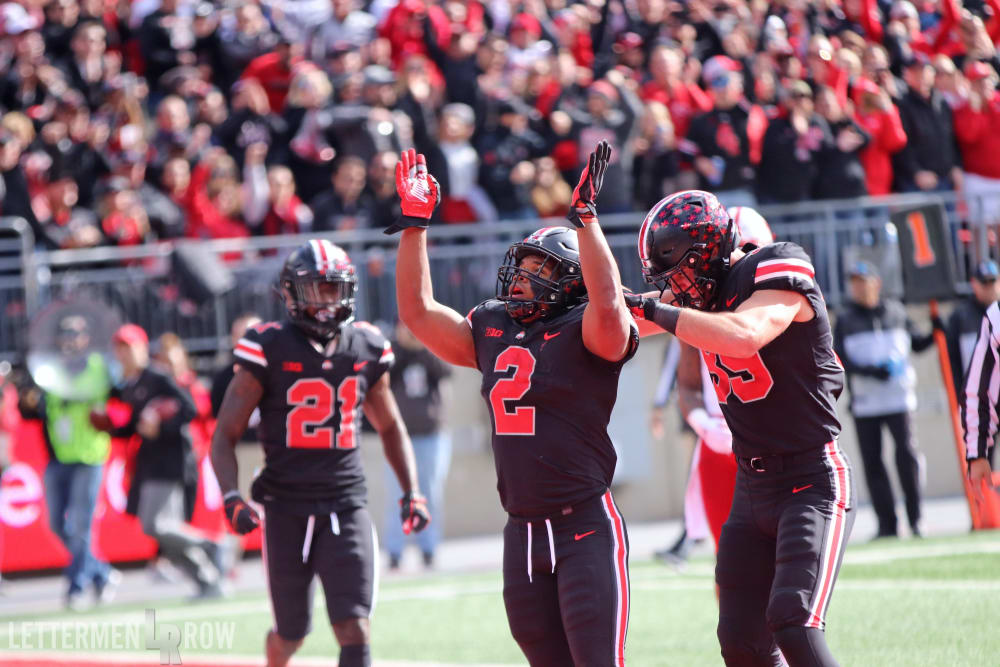 But the defense continued to give up too many big plays. The red-zone attack showed flashes of turning the corner, but there was still one empty trip thanks to another adventure in a short-yardage situation. And the penalty flags haven’t disappeared, with Ohio State adding a new issue on top of that with ball-security issues and three turnovers against one of the worst statistical defenses in the Big Ten.

If it was just one close win where a team didn’t play its best, that’s fine. College football is a tough, unpredictable game, and nobody is going to be perfect every week. But Ohio State has had some of these problems now all season long, and it’s puzzling to understand how a program with so much talent on the roster and the coaching staff can’t find solutions — especially after an embarrassing loss and an off date.

“I’m very upset with the turnovers, because that would have been a different game,” Meyer said. “I thought special teams was awesome. We blocked a punt and our punter did a great job.

” … But the biggest thing was to get that darned bad taste out of your mouth from a couple weeks ago and go win the game. It was a close game against a team that was hitting stride now.”

The Huskers may well be improved, and they deserve credit for that.

So, when will Ohio State show the same traits to adjust, develop and start putting its best foot forward? Once they find that traction, there’s not much doubt that the Buckeyes can compete with anybody in the country.

For some reason, that hasn’t happened recently. And it needs to figure it out before it really does get too late.