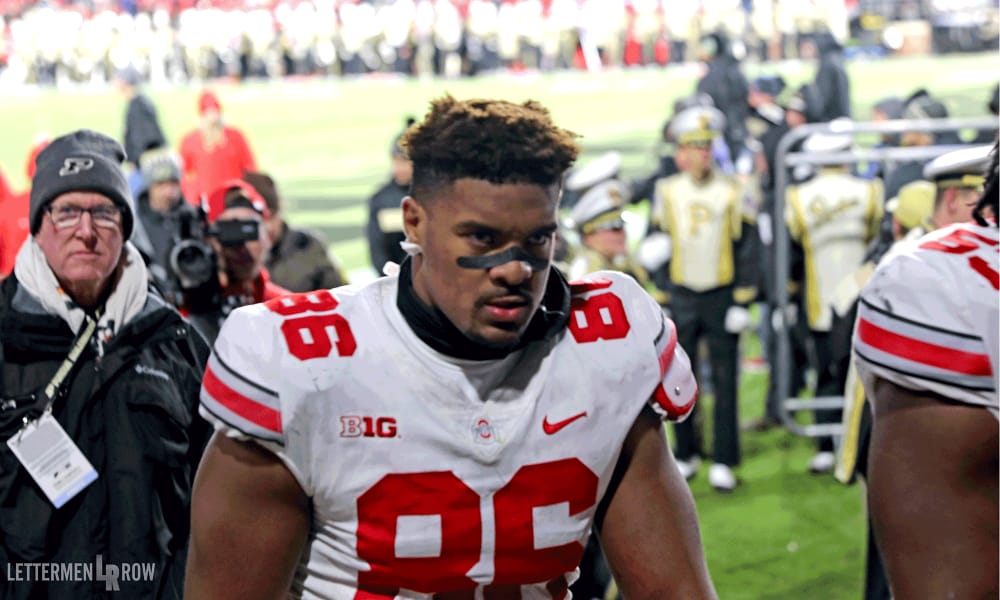 WEST LAFAYETTE, Ind. — There were legitimate reasons to think Ohio State had already hit rock bottom without suffering any consequences.

Then the Buckeyes kept digging.

Add what transpired on Saturday night at Ross-Ade Stadium to the list of puzzling defeats for one of the most talented teams in the country over the last couple seasons, right up there with the bizarre, unfathomable beatdown last year at Iowa. The Buckeyes weren’t exactly blown out this time, but they still rarely seemed like a threat to come from behind in a 49-20 loss to Purdue, which is truly a stunning statement for so many reasons.

Ohio State’s high-powered offense vanished in the red zone. The defense couldn’t generate any turnovers while the Boilermakers piled up yardage. Even a coach who has long been one of the most aggressive in the country seemed to shrink from the moment with Urban Meyer punting in a handful of situations that might as well have been white flags.

This one will sting for the Buckeyes, and that pain is going to linger throughout the off date that is coming this week. Ohio State is still in decent shape in the Big Ten race, and there’s a path that can get it back to the College Football Playoff.

But not like this. And maybe the stain of another face-plant on the road against a double-digit underdog won’t come off anyway.

Full coverage of the Ohio State loss will be coming throughout Saturday night and Sunday morning. For now, the breakdown starts right now at the buzzer with Snap Judgments. Urban Meyer’s press conference will be streamed live here and on the Lettermen Row YouTube channel.

Even in the windy conditions, the passing attack just kept rolling up and down the field. Except when the space got compressed or Ohio State needed to find the tough yards that just aren’t coming as easily as they have in the past under Urban Meyer. It’s understandable that the balance has been thrown out the window thanks to the unique ability Dwayne Haskins brings with his arm, but it’s still mystifying to see an offense with so much talent in the backfield being held under three yards per carry again. At some point, whether it was against a solid game plan or just because of bad weather, Ohio State was going to need more on the ground. And it just couldn’t manage to produce anything of consequence.

Penalties got out of control for Buckeyes

The flags piled up the last time Ohio State was on the road in a Big Ten game, but they didn’t end up costing the program anything. But it didn’t learn from the lesson of giving away free yardage on both sides of the ball and how difficult that can be to overcome, and the lack of discipline on offense is particularly troubling — especially from a veteran and captain like right tackle Isaiah Prince. The Buckeyes can live with mistakes that come from playing aggressively, but simply getting the snap count correct shouldn’t be too much to ask on offense. The special teams again chipped in a costly mistake, as well. And when the defense was trying to give Ohio State a chance to climb back into the game late, a roughing-the-passer penalty sabotaged any shot. 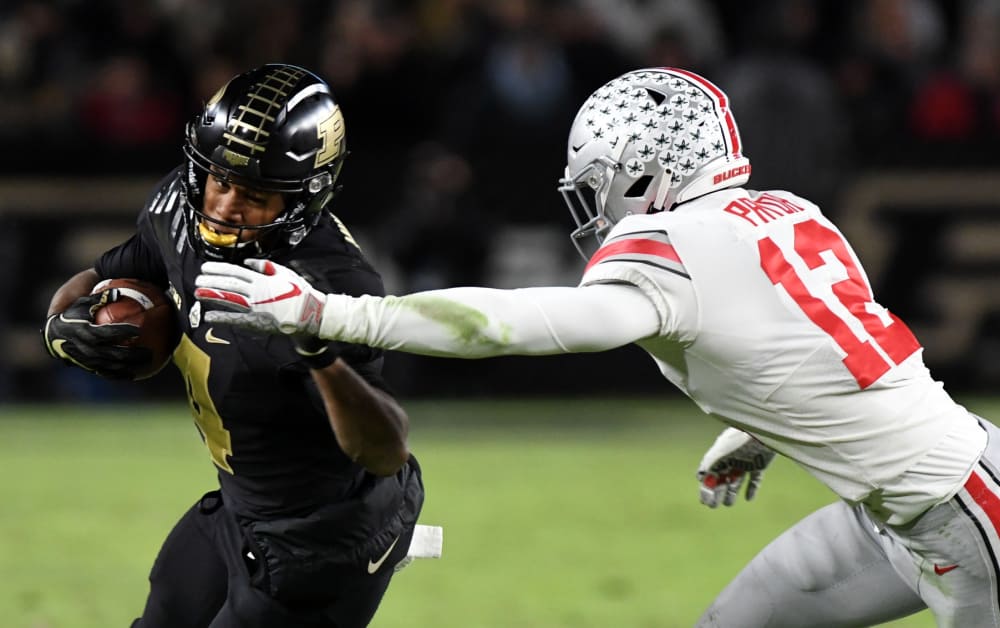 The score got absolutely out of hand, clearly. The Buckeyes gave up plenty of yards again, and there were a handful of plays once more that they seemingly wouldn’t or couldn’t adjust to stop. But for the most part, that defensive outing was certainly solid enough to give Ohio State a chance to stay unbeaten for most of the night given how explosive Purdue has been lately with the football, with the Silver Bullets holding them in check on the scoreboard but never getting any assistance from the offense. Even without a couple starters, including cornerback Damon Arnette, there really isn’t much reason to assign blame to the defense. Yes, the Buckeyes were gashed several times in the fourth quarter, but that was essentially after much of its positive work had already been squandered.

There are more chances for Dwayne Haskins to rack up eye-popping yardage coming down the stretch. And if he can lead the Buckeyes to a perfect November and a Big Ten championship, he’s probably going to earn a ticket to the Heisman Trophy presentation as a finalist. But Ohio State failing to punch in a touchdown until the fourth quarter against a soft Purdue defense is going to stick in the minds of voters, and Haskins really didn’t have much margin for error in the first place as he tried to track down odds-on favorite, Alabama quarterback Tua Tagovailoa.