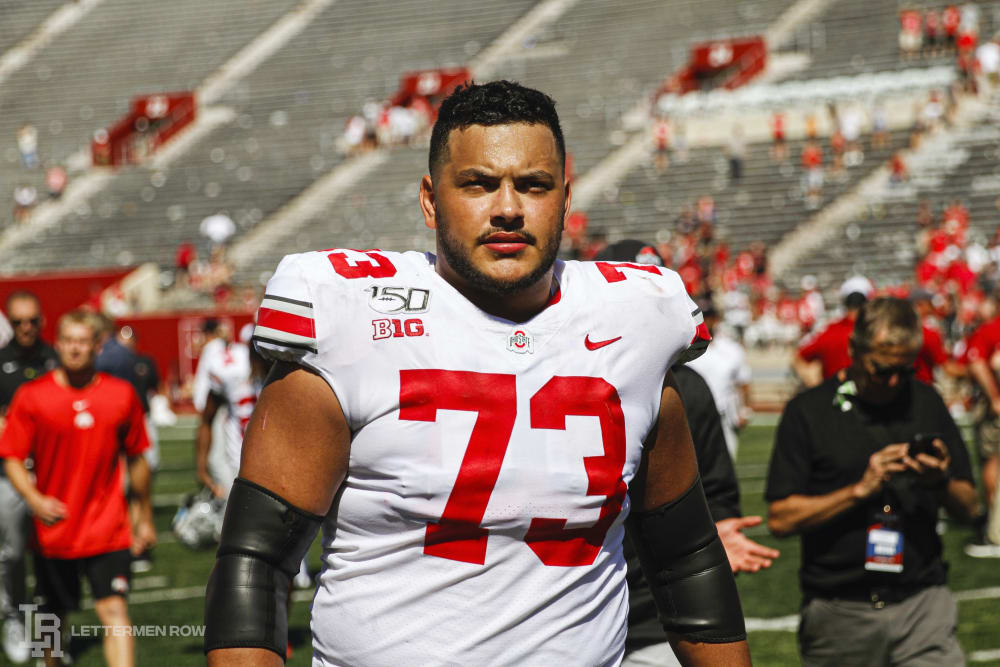 Ohio State guard Jonah Jackson has been a success story for the Buckeyes since his arrival. (Birm/Lettermen Row)

The speculation, debate and conversations about Ohio State never end, and Lettermen Row is always ready to dive into the discussions. All week long, senior writer Austin Ward will field topics about the Buckeyes submitted by readers and break down anything that’s on the minds of the Best Damn Fans in the Land. Have a question that needs to be tackled, like the one today about the Ohio State and transfer portal? Send it in right here — and check back daily for the answers.

Fields has exceeded my expectations as a transfer with so little time around OSU and the playbook. Do you foresee any other big name transfers looking at OSU or, what position could benefit from a surprise transfer?

The highest-profile move obviously came at quarterback, and clearly adding Justin Fields was a program-changing acquisition for Ohio State.

But that’s not necessarily the one that proves the value of the transfer portal when the Buckeyes are in the market for veteran help. And while picking up offensive linemen like Jonah Jackson might not move the needle much, that has turned out to be a savvy pickup and a major factor in keeping the attack rolling this season at Ohio State.

In this day and age of college football with quarterbacks seemingly always on the move and the premium placed on that position, all programs are going to need to constantly be evaluating the options available in the transfer database. The Buckeyes would surely prefer not to be as busy as they were last year with Fields and Gunnar Hoak arriving and Tate Martell and Matthew Baldwin departing, of course. And they almost certainly won’t be with only Chris Chugunov graduating and the coaching staff working hard to land a commitment from C.J. Stroud to complete a two-man signing class of passers with Jack Miller.

Ohio State will certainly keep an eye on the options available just in case a talented prospect who has to sit a year pops in the portal. But the real value will likely come from trying to find immediate help when positions of need emerge on the depth chart — like one did at guard last offseason. 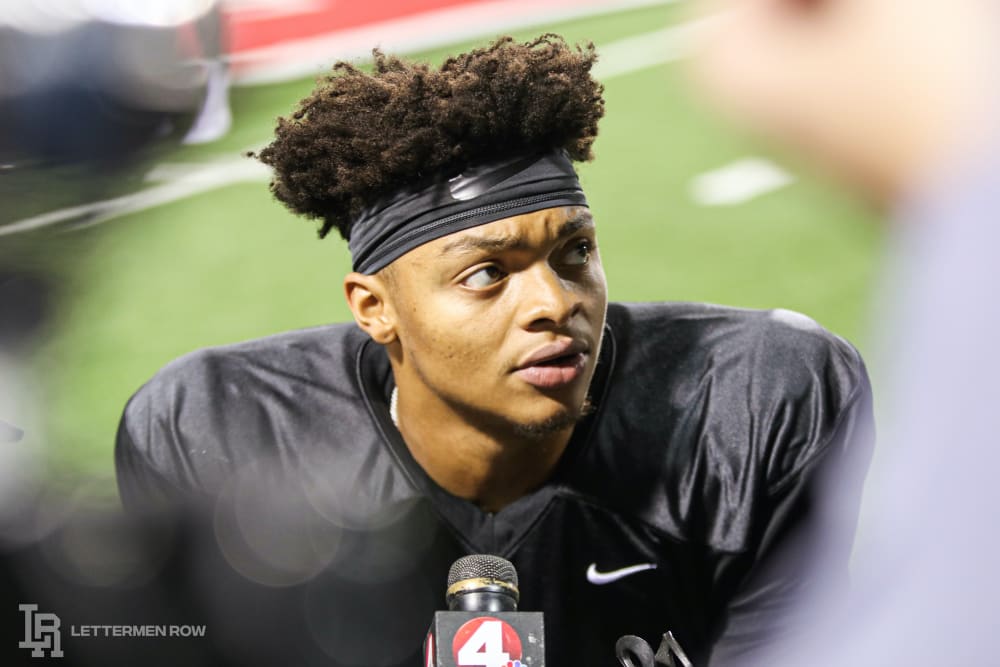 The Buckeyes are going to continue to be on the short list of the most appealing destinations for graduate transfers, as Jackson can attest. And there will be spots that Ohio State could potentially look to supplement with transfers next year, even if the full picture of who might be available and what exact holes must be filled won’t be clear until after the season.

“We always monitor it now,” Ohio State coach Ryan Day said. “It’s something that’s kind of new to all of us, but we certainly are, and [director of player personnel] Mark [Pantoni] has guys that are watching it all the time. The minute somebody goes in, we do our research, looking at film or finding out more about the individual.

“We do not have somebody assigned to just looking at players on other teams. I don’t know if that’s going to be the next [step]. We’re going to talk about that in the offseason and figure out if that’s the right thing to do. It’s kind of a scary road to go down. But right now we’re not doing that, and if somebody pops into the portal, we’ll do our research and find out. But right now we’re not doing research on guys who are on anybody’s team.”

The heaviest background digging would seemingly be for secondary help with Jordan Fuller and Damon Arnette graduating, Jeff Okudah almost certainly moving on for the NFL and Shaun Wade potentially facing a decision about his future as well. Ohio State has young talent waiting for an opportunity, but if an experienced cornerback or a safety who could complement Josh Proctor is looking for a new home, co-defensive coordinator Jeff Hafley will look mighty appealing to them.

Given all the talent stockpiled at essentially every other position, the Buckeyes don’t figure to be too active anywhere else in that marketplace. Things can always change by January or even next May — but if they do, Ohio State has already shown that it knows as well as anybody how to navigate the ins and outs of the transfer portal.