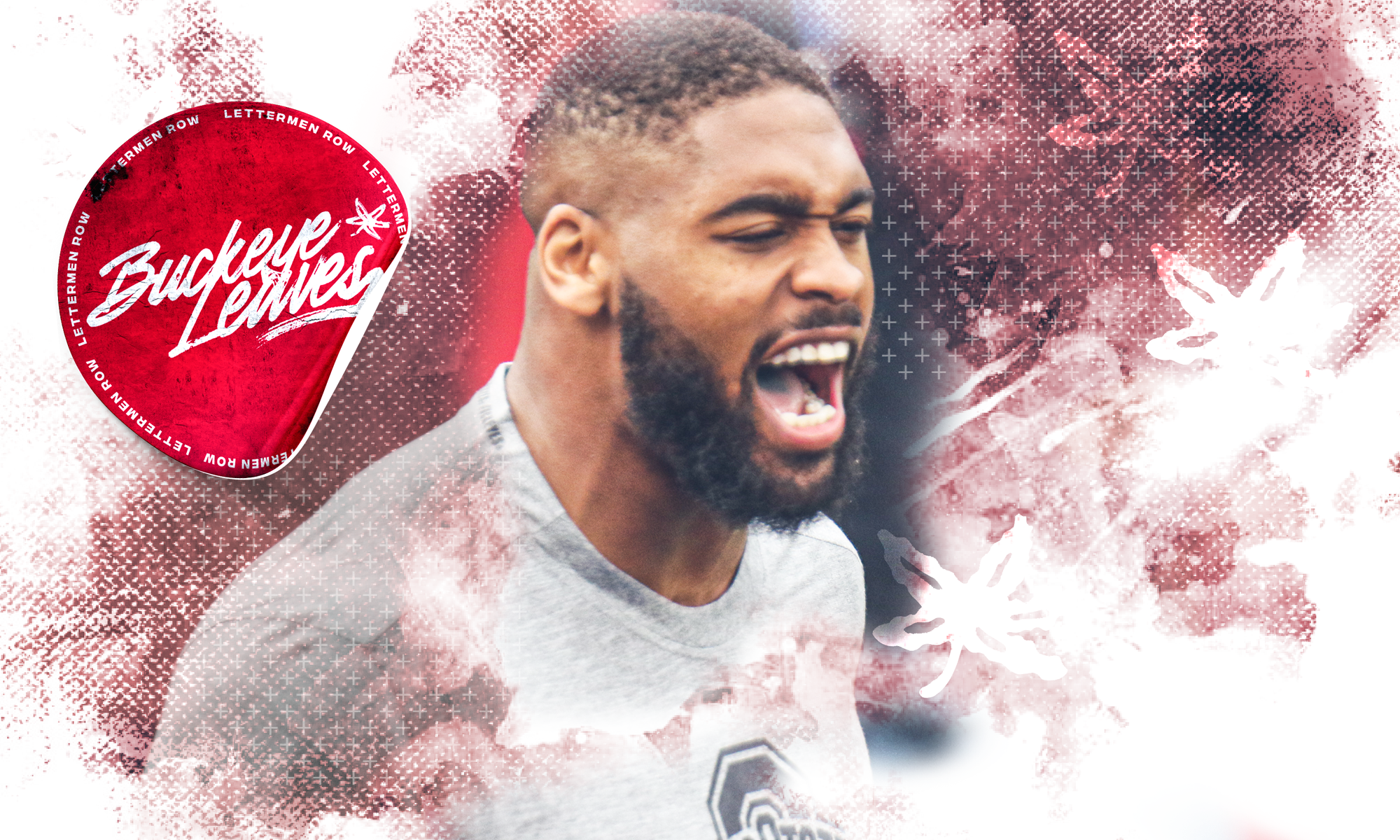 He seems to always have a grin on his face, but when he sat down in front of the camera for his Zoom interview after the Buckeyes convincing 38-25 win at Penn State, the smile seemed even wider.

Cooper was a force for the Buckeyes defensive line Saturday night in Happy Valley. He was credited with five tackles and half of a sack. But when the Buckeyes watch the film over again, Cooper’s stats might increase. It was the most dominant performance of Cooper’s five-year Ohio State career.

“I feel like I’ve always had that in me,” Cooper said. “You guys haven’t seen me really play football in a year, so that’s kind of hard for me to [rank] that. I feel like the environment, it being Penn State, the way our coaches had us prepared and ready, took my game to a level that it was supposed to be.”

When he wasn’t making the play, he was impacting it, disrupting the Penn State offense and allowing other Buckeyes to make the night a miserable one for Penn State quarterback Sean Clifford.

Cooper won’t say whether it was his best game of his career, but it has to be among his best. And it felt good for the fifth-year senior who had his year taken from him last season.

“I would say this one feels special,” Cooper said. “Just being out there with my brothers.”

When he was told by a reporter on the Zoom call of his stats, which certainly didn’t tell how good he was throughout the night, Cooper was at a loss. He knew he did much better than what he was credited for initially.

Lettermen Row gave Cooper a Buckeye Leaf for his dominant performance. But he wasn’t the only Ohio State star to stand out. We’re dishing them out after the Buckeyes leave State College with an impressive Big Ten win over now-winless Penn State. 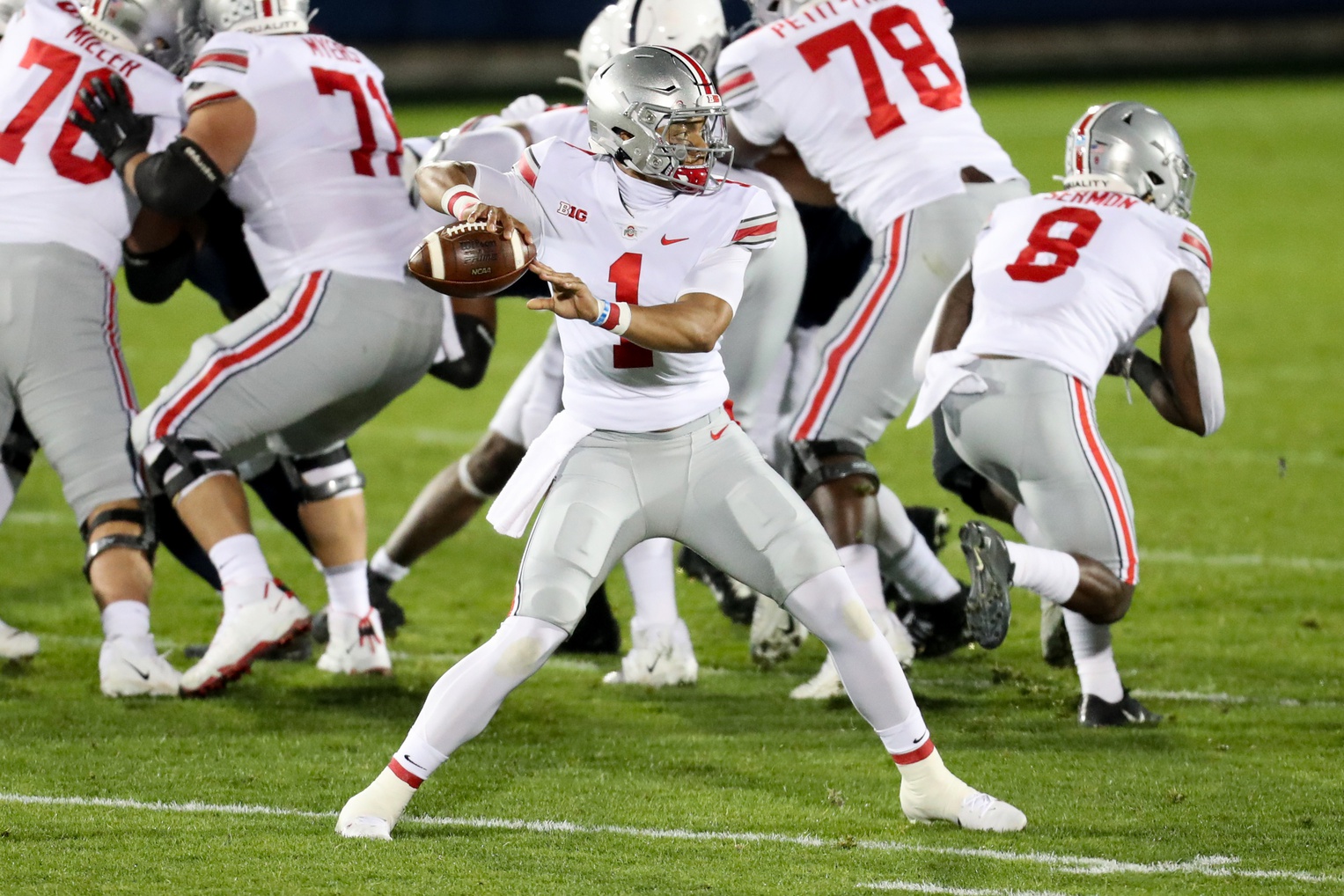 Words can’t truly describe how well Fields is playing through two games of his second season as the Ohio State starter. The should-be favorite to win the Heisman Trophy put together his second-consecutive brilliant performance: 28-of-34 passing for 318 yards and four touchdowns. He continued to make plays when plays weren’t there to be made, and he dazzled when the Buckeyes needed a big play down the stretch to keep a sizable lead. If this is the Justin Fields that Ohio State will have all season, the Buckeyes should run through the Big Ten with ease on their way to the College Football Playoff — and maybe a national title. 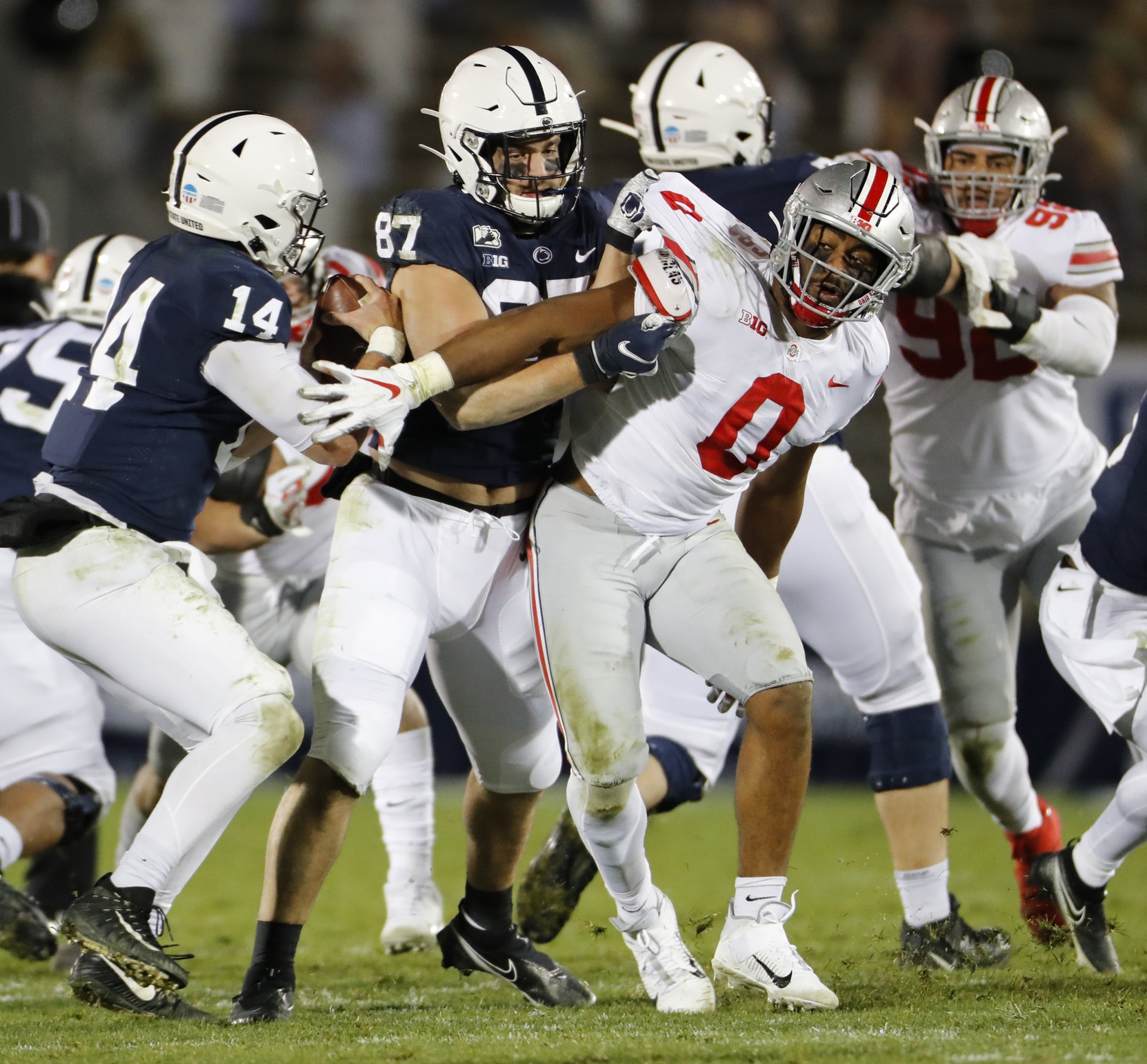 Jonathon Cooper was nearly unstoppable all night, setting up residence in the Penn State backfield and making Sean Clifford’s night miserable for nearly the entire night. Even when Cooper wasn’t directly making the tackles or sacking the quarterback, he was disruptive, allowing other teammates to clean up a mess for a sack or chasing Clifford out of the pocket. This is what the Buckeyes hoped Cooper would be on the opposite side of Chase Young a season ago. A year later, he finally was able to show that he can be a dominant pass-rusher for the Buckeyes — especially when lined up one-on-one against a helpless tight end trying to hold his ground. Cooper could be due for a massive next few games if he brings the same energy he did against Penn State. 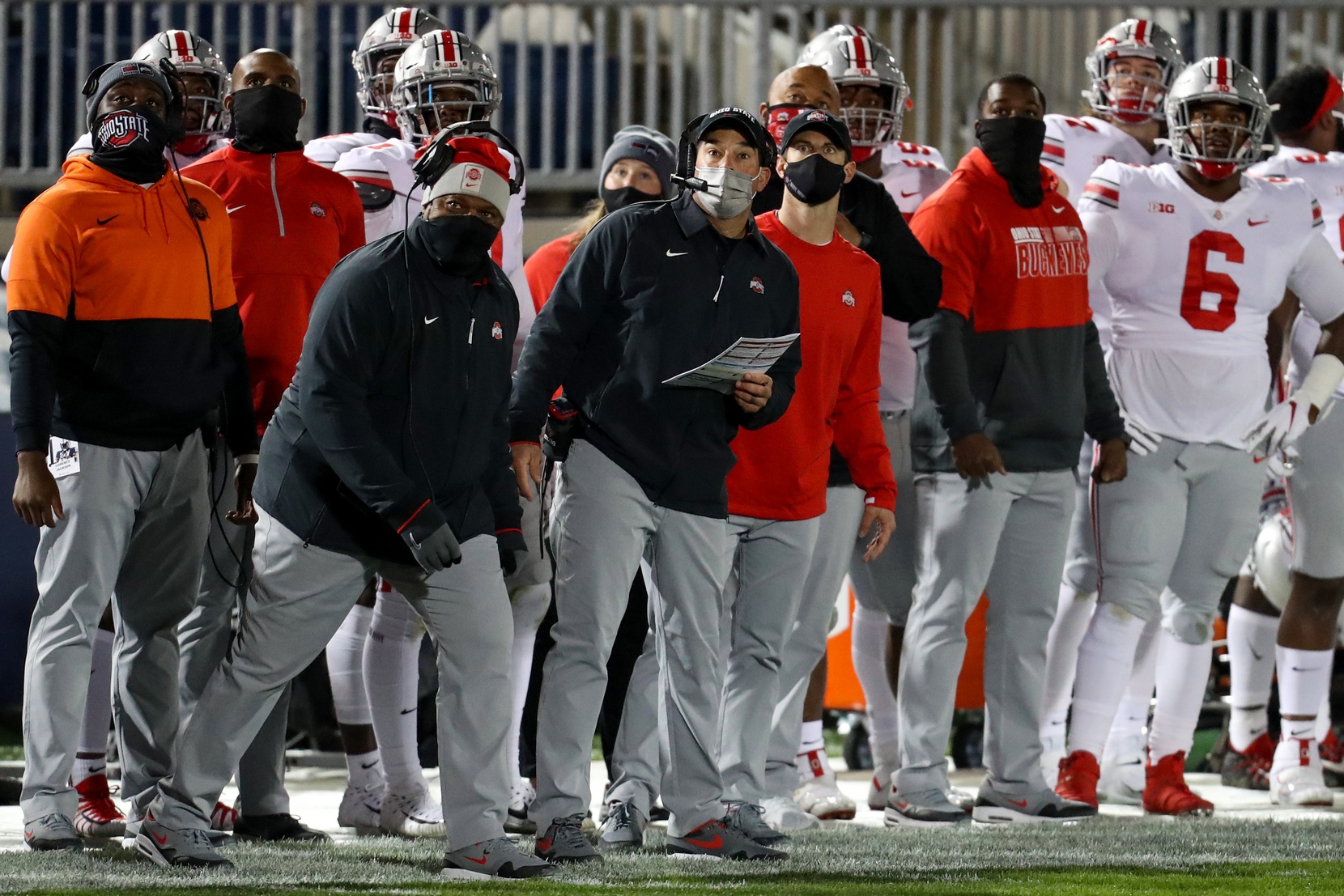 Dominic DiMaccio handled kickoffs against Penn State after starting kicker Blake Haubeil had a groin issue during pregame warmups. And DiMaccio did well, kicking nearly all touchbacks, just what the Buckeyes need from the that role. But once Haubeil missed a chip shot field goal in the first half, he was pulled and DiMaccio handled placekicking duties. He was perfect on extra points but missed an easy kick of his own, going 1 for 2 on field goals. Ohio State has an issue there if Haubeil is out for any extended time, and while the Buckeyes might not need perfect kicking against some of the basement dwellers in the Big Ten, they need him to be healthy or DiMaccio to be reliable. Until then, special teams might be a concern.