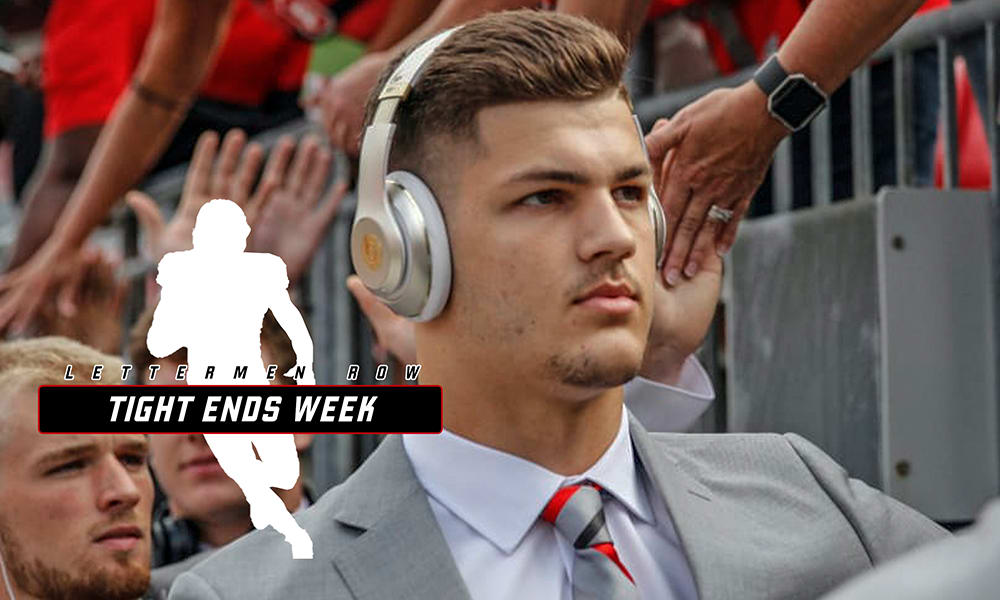 Ohio State tight end Jeremy Ruckert will be key to the future of the position for the Buckeyes. (Birm/Lettermen Row)

The speculation, debate and conversations about Ohio State never end, and Lettermen Row is always ready to dive into the discussions. All week long, senior writer Austin Ward will field topics about the Buckeyes submitted by readers and break down anything that’s on the minds of the Best Damn Fans in the Land. Have a question that needs to be tackled, like the one today about the sales pitch for future Buckeyes up front as part of Tight Ends Week? Send it in right here — and check back daily for the answers.

This may come off as hating, but what do big time TE recruits see in going to OSU? I get they produce NFL players and prestige, but they constantly use TE as extra OL. Why not UM, ND, or even Iowa if you're elite TE?

The Ohio State sales pitch can’t necessarily rely on individual statistics, the chance to be a primary target or a platform to dominate the spotlight enough to win personal trophies. But that’s actually just fine for the Buckeyes, who still have more to offer tight ends than just about any program in the country and are starting to build a pretty impressive pipeline.

Jeremy Ruckert is the prime example for that right now with the Buckeyes. As the top-ranked player at the position coming out of high school, Ruckert could have gone anywhere he wanted. And while the way the next couple seasons play out for the second-year player could wind up having an impact on future recruiting at the position if for some reason he doesn’t live up to that potential, just the fact that he chose Ohio State in the first place sends a strong signal about how much tight ends are valued in the program.

Look, the tight ends are never going to rack up huge numbers of receptions. That would probably be a bad sign for the overall offense considering the abundance of play-making weapons at wide receiver, the talent in the backfield and the versatile H-backs who help make the attack hum. And if that’s what tight ends are looking for when making a decision, the Buckeyes aren’t going to be at the top of the list. 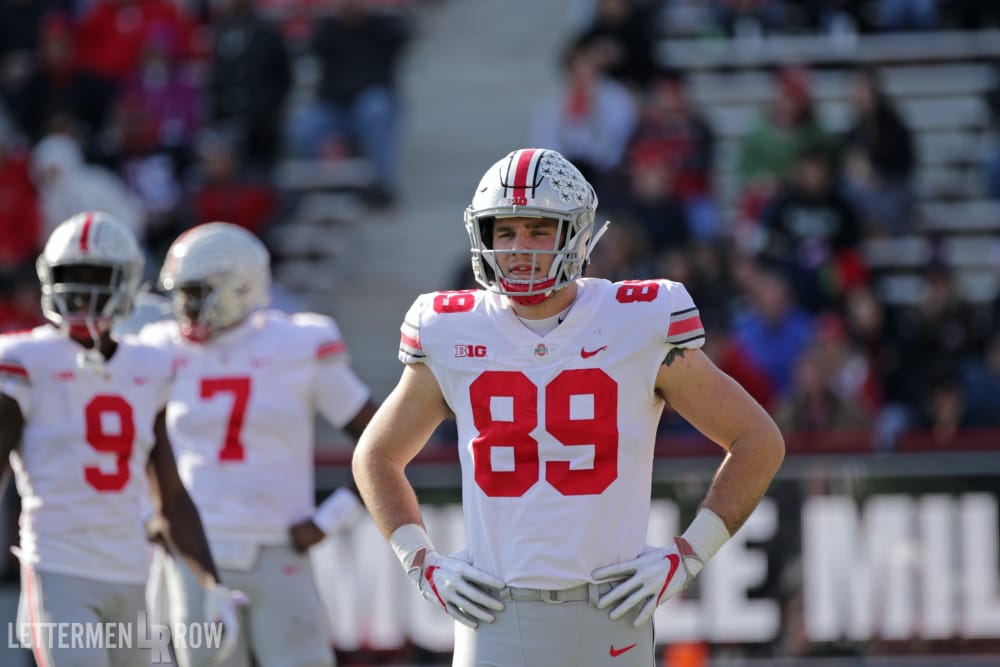 But a big-picture, mature look at the situation with the Buckeyes is what makes them so appealing. For starters, Ohio State is developing tight ends for the NFL, with a new multimillion-dollar deal for Jeff Heuerman and the rise of Nick Vannett standing as two clear examples. Focusing on their importance as blockers didn’t hurt their chances of becoming professionals — it almost certainly helped them. Even with the way the game is changing, tight ends still have to be able to hold up physically to boost the ground game, and Ohio State has plenty of pro-style elements in the playbook that help the tight ends.

The chance to compete for championships in college along the way is another notch in Ohio State’s favor, obviously. But along with Real Life Wednesdays and the school’s academic reputation, that’s just a standard part of the draw for the Buckeyes that wouldn’t be specific to tight ends. What is a bit different for them now, though, is that the prevalence of two-tight end sets in Ryan Day’s offense is going to open up more playing time, extra snaps and the opportunity for multiple guys to get experience and win games.

Does that come at the expense of a high volume of targets? Maybe to a certain extent, but that ceiling isn’t going to be that high at Ohio State in the first place. The tradeoff is getting built in the weight room by Mickey Marotti, learning about the importance of the physical aspect of the game, playing for Big Ten titles, getting in position for an NFL contract — and catching a couple passes along the way.

That pitch might not appeal to every tight end. But right now, that unit might just be one of the most solid on the Ohio State roster with a tradition that could be getting richer.