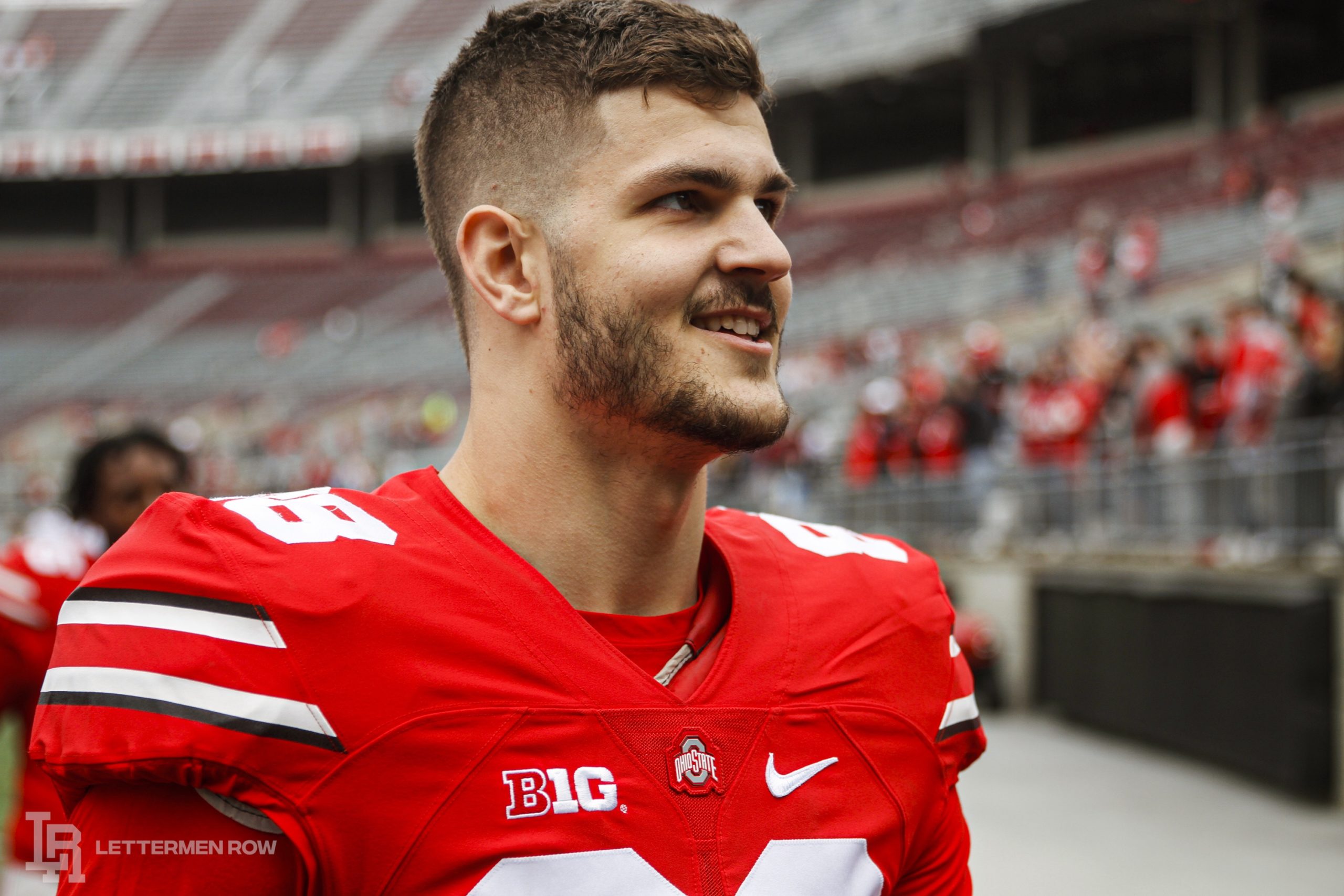 The summer offseason is in full swing, and Lettermen Row is trying to survive it with our annual Position Week breakdowns. By the time all nine units at Ohio State have been covered, training camp and media days will nearly have arrived — and the return of football in the Horseshoe will be just around the corner. Let’s roll right along by turning the attention to the tight ends for the Buckeyes.

COLUMBUS — Most of the experience for Ohio State at tight end is gone.

In its place, though, is plenty of versatility — and a chance to maybe get even more creativity with the way the Buckeyes use a unit that has become one of the strongest in the program.

Certainly it helps to have one of the best players in the country at his position returning, and Jeremy Ruckert’s decision to stick around was one of the most important moves of the offseason for Ohio State. But there are still challenges for the Buckeyes with both Luke Farrell and Jake Hausmann off to the NFL level, and that will put the spotlight on a handful of talented, unproven options to keep giving the offense flexibility.

“It’s definitely going to be an interesting conversation this year,” Ruckert said. “We’ve got a bunch of guys really coming on strong, developing with Cade [Stover], Joe [Royer] and Mitch [Rossi] really being those guys in there. They all can do all different things really well.

“The versatility of our position is going to be shown more than ever this year.”

How exactly will the Buckeyes use all those guys pushing for playing time this season? That’s just one question Lettermen Row is tackling as Tight Ends Week gets rolling at the start of June. 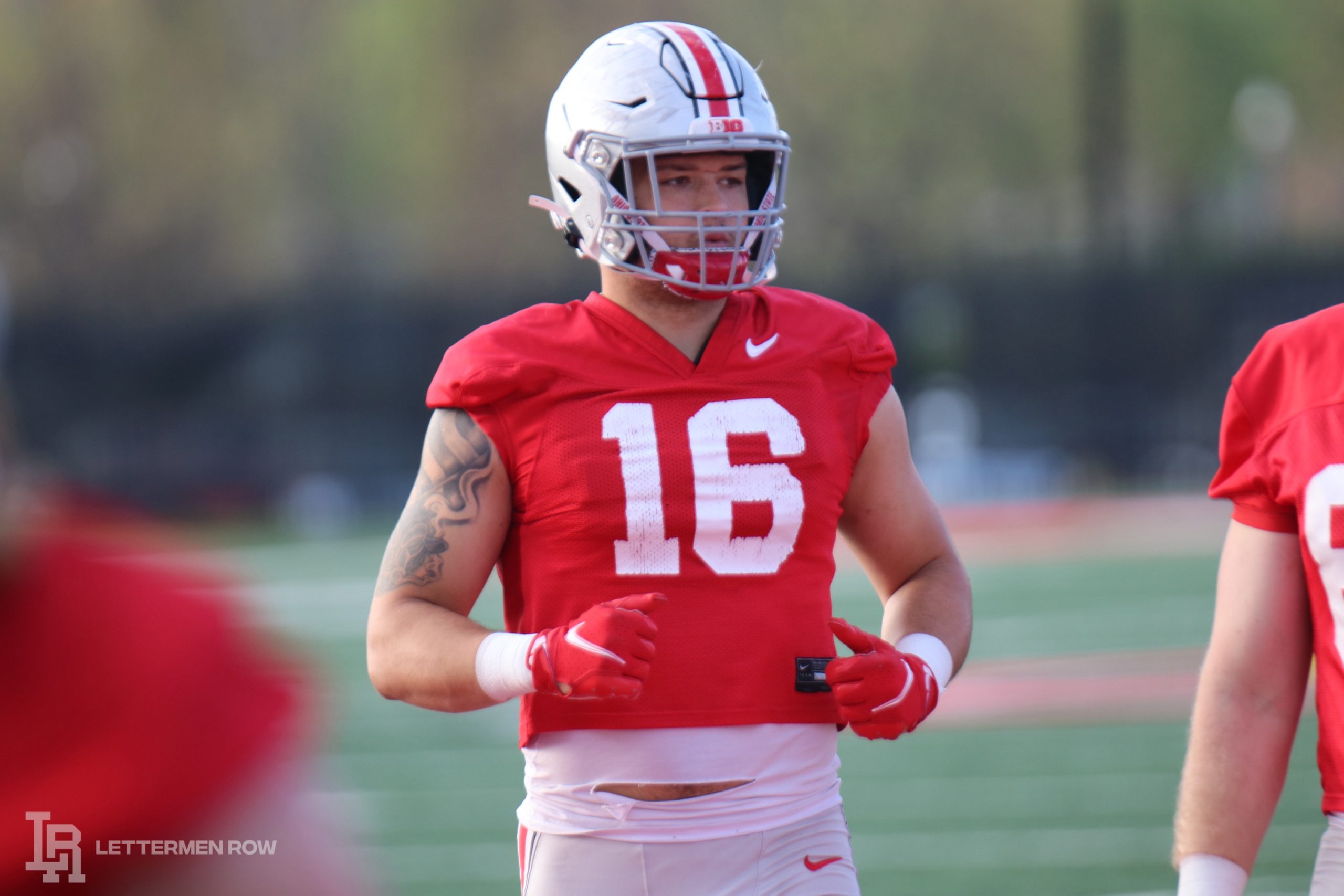 How many tight ends will Buckeyes use?

There has been a clear emphasis over the last couple years to deploy more two-tight end sets, and that wasn’t solely driven by the NFL ability of Luke Farrell and Jeremy Ruckert. Obviously that was a key factor given what both of those guys could do as occasional targets for the passing attack while also becoming two road-paving blockers on the ground. But Ohio State also trusted Jake Hausmann to come off the bench and throw his weight around. There were packages for Mitch Rossi to add a bit of a fullback look for the offense, something he can continue to provide this year. And while the pandemic made the transition tougher for Cade Stover and essentially delayed his chances of making a widely-expected splash, he’s now back on a normal development path and ready to make a jump. Throw in Gee Scott as a new X-factor following his move from wide receiver and there are a lot of options for Ryan Day and offensive coordinator Kevin Wilson to play with at tight end.

The Buckeyes have spent this offseason talking about the role of the tight ends in the passing game just like they do seemingly every year. Yes, Jeremy Ruckert has elite potential as a target for the next Ohio State quarterback. No, he’s not likely to lead all tight ends in receptions or yardage considering how many other weapons the Buckeyes have returning at the skill positions. But that doesn’t mean he can’t still prove why he’ll be worth an early-round NFL Draft pick next spring, and another step forward as a blocker should solidify the veteran as the best all-around tight end in the nation. Measuring his value still won’t be as simple as looking at the stats sheet, although it’s fair to expect Ruckert to provide a security blanket with a couple catches per game and perhaps threaten double-digit touchdown grabs in the red zone. But the chance to get a bunch more targets isn’t what brought him back for another season with the Buckeyes in the first place. 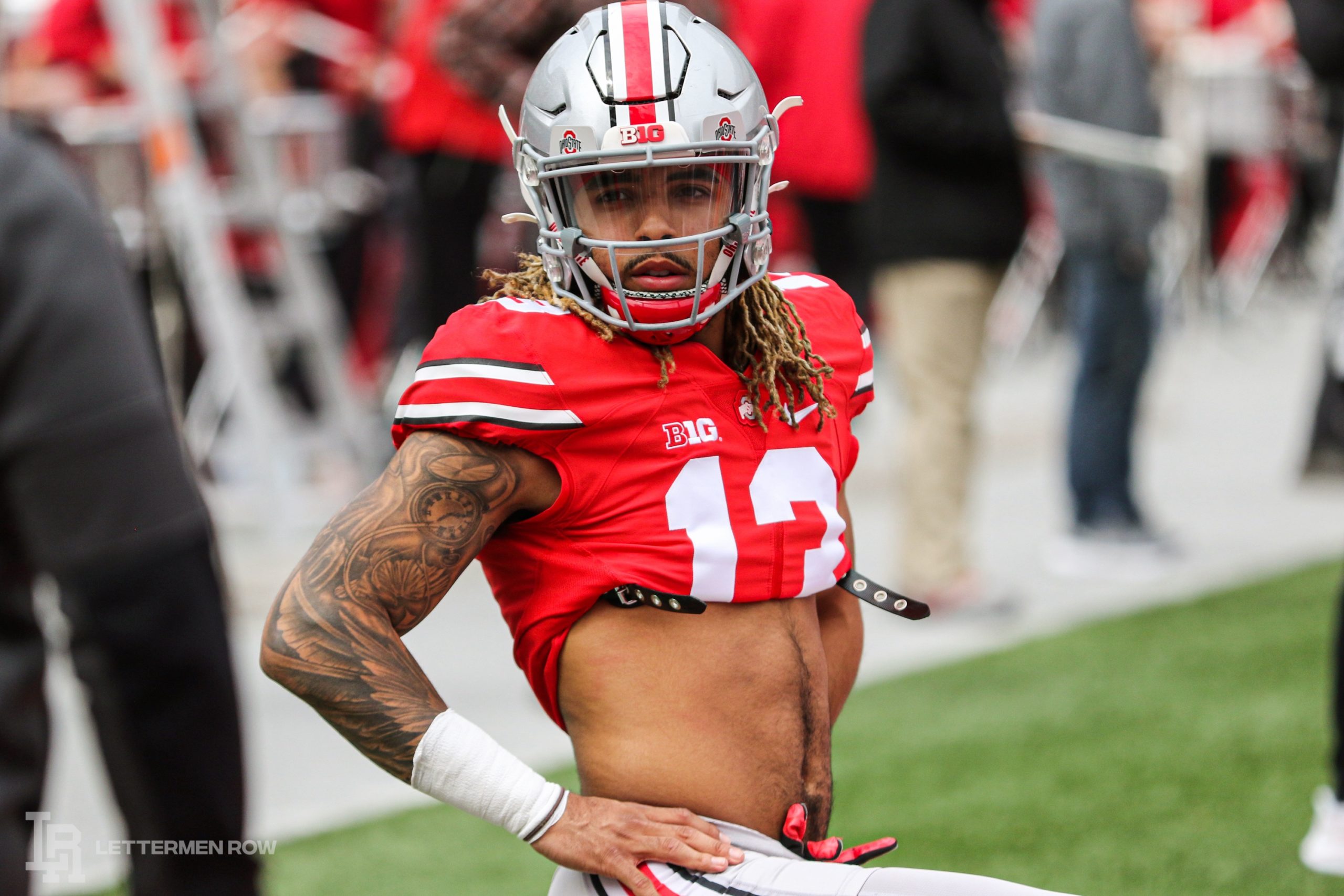 How will Gee Scott fit into rotation for Ohio State?

The wide receivers room was getting a bit too crowded, and the truth is the tight ends also have plenty of viable options for playing time right now. But one way or another, Gee Scott is eventually going to push his way into the lineup for the Buckeyes, because his skill set is far too tantalizing to stay on the bench for long. The tricky part heading into summer workouts is figuring out exactly how long it will take Scott to get comfortable with his move from wide receiver down to tight end. It definitely helps that he showed up on campus already looking the part physically, and mentally he’s always had the mentality to embrace the dirty work required at his new position. The development of Scott will be one of the most fascinating subplots of training camp in August given what his emergence could do for the overall versatility of the attack.

The throw was wide of the mark and Cade Stover couldn’t get his foot down inbounds to make it an official catch. But the grab was real in the spring game, and the way Stover controlled his body and the strength he showed to get his hands on the football left a lasting impression. The move from linebacker to defensive end to tight end coupled with the pandemic last year have undoubtedly provided a challenge for Stover, but he appears to be fully on track now to play a key role for the Buckeyes. Like anybody else playing tight end at Ohio State, national stardom probably is going to be just as out of reach as that throw in April — but Stover should still be able to reach out and turn heads for the Big Ten champions anyway.

How far along is Joe Royer with Ruckert Plan?

The deja vu at tight end is inescapable every year, and now it even comes with the added bonus of watching talented young targets following the exact same growth plan as the veterans. It’s a huge benefit for Joe Royer that Jeremy Ruckert is still around to help guide him through the process of adding strength, fine-tuning the technical aspects of blocking and accepting a role that doesn’t usually come with a lot of glory. Royer’s recruitment wasn’t nearly as high-profile as Ruckert’s, but there are a number of similarities between the two. He’s yet another dynamic option for the Buckeyes to play with as they find the right combination of personnel all year.