Connect with us
Ohio State linebacker Baron Browning and the Buckeyes are set to travel. (Birm/Lettermen Row)

MIAMI — The wheels were in motion all week for Ohio State.

Now they’ll be up in the air on Saturday as the Buckeyes head to South Florida with their COVID testing officially in the rearview mirror.

Ohio State confirmed on Friday that it had completed its planned protocol to prepare for the College Football Playoff title game against Alabama. Both programs appear to have been using the same timeline to prepare for kickoff, and with the testing now complete, everything is in place for the two powerhouse programs to compete for the most coveted prize in the sport in Hard Rock Stadium.

“Well, any time you deal with that and you lose people, it is a gut punch,” Ohio State coach Ryan Day said on Thursday. “But it’s not something that we’re not used to. We’ve played games with the majority of our offensive line out. We played the Big Ten Championship game without some of our top receivers. We’ve had starters all over the place down at different times, and we’ve found ways to work through it. It’s just been the way it is. 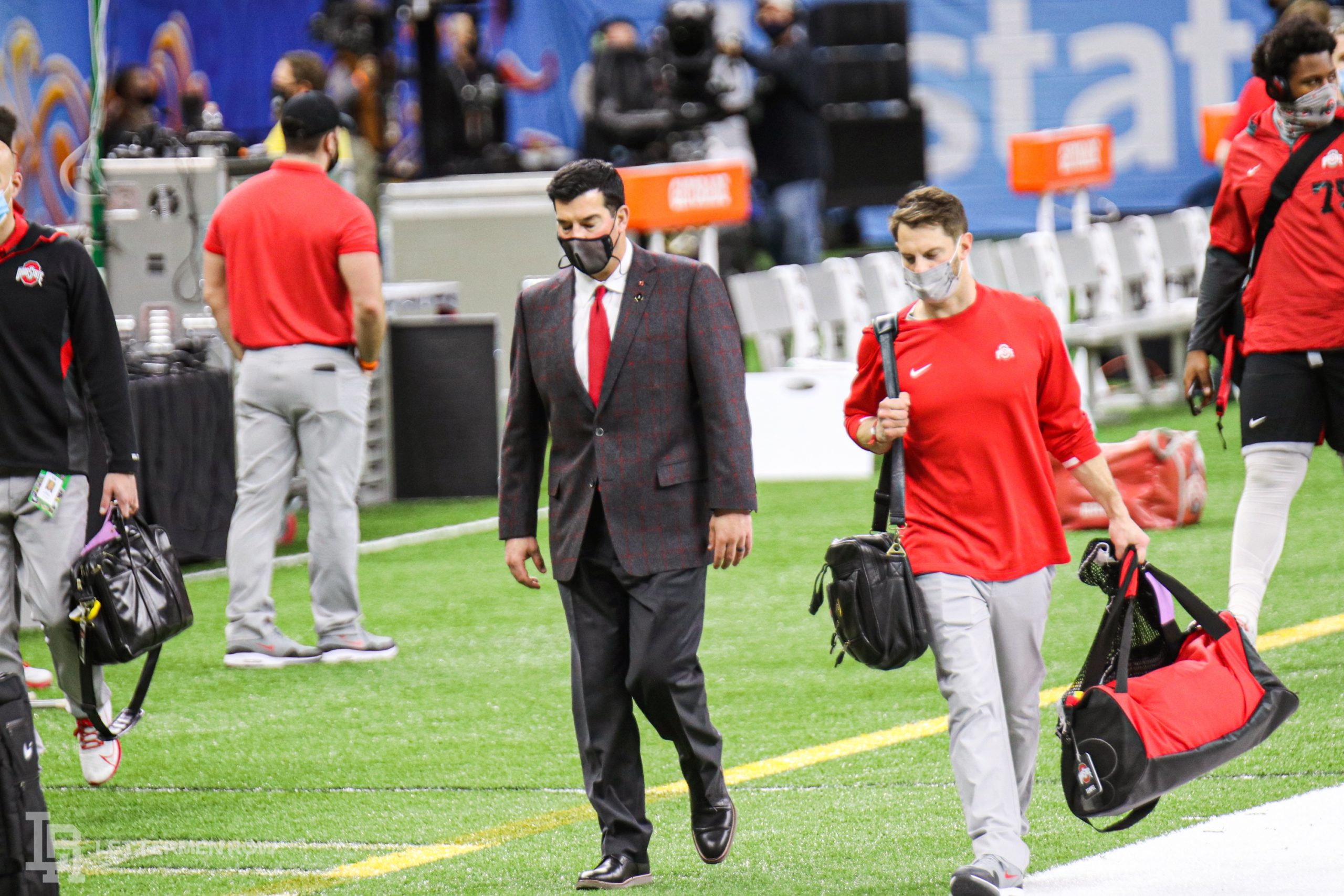 “You can feel sorry for yourself or you can just continue to work on and push through it. The hard thing is at the end of the day most people don’t really care. They just watch the game and the result is the result. But for us, that’s why the story about this season is just so amazing to me, is that we just continued to push through despite all those difficult challenges along the way.”

The Buckeyes will fly to Florida on Saturday afternoon, but they still won’t reveal who is officially available for the high-stakes matchup with the Crimson Tide until shortly before kickoff.

Ohio State has been dealing with positive cases within the program for the last six weeks, and Day has acknowledged the obvious that the issue didn’t magically disappear after the Sugar Bowl win over Clemson last week. But the Buckeyes were never at a level where they needed to close down the facility, they never stopped practices and they were intent all along that they would be ready to play on Monday without requiring any kind of postponement.

“It’s no different this week,” Day said. “We’ve got a new set of challenges this week. We’re going to have to figure it out, go down to Miami and play.”

The flight is now officially set, and the Buckeyes clearly have enough players ready to fill the plane.