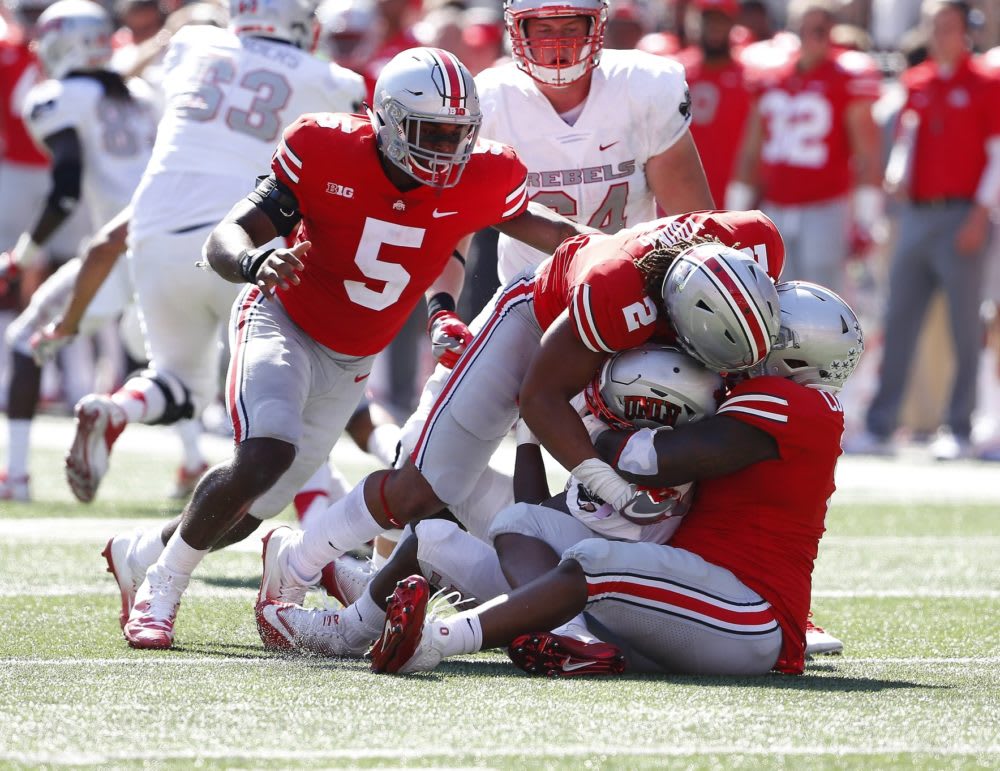 Apologies to the new starting quarterback at Ohio State, but this is one conversation about impact players that will have to exclude Dwayne Haskins.

Sure, nobody is more important to the bid for the Buckeyes to get back to the College Football Playoff than Haskins. But this category is reserved for true sophomores only, so that redshirt season is going to disqualify him from this otherwise arbitrary list of key Ohio State players this season.

The Buckeyes, of course, have seen just how valuable second-year players can be to making a title run, particularly when mixed with some experienced veterans who can help them along in their development. Can this group emerge just like all those super sophomores did on the way to the national title in 2014 when guys like Ezekiel Elliott, Joey Bosa, Vonn Bell — and a healthy handful of redshirt freshmen — blossomed into superstars?

Time will tell. But even in the middle of the offseason, that potential is hard to ignore with these players tabbed for significant roles. 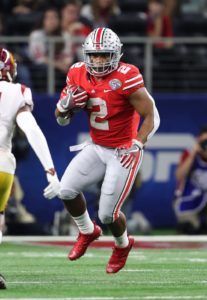 After one of the most prolific freshman campaigns Ohio State has ever seen, J.K. Dobbins doesn’t exactly need much of an introduction on the national stage. Heading into his second year of action, the game-breaking running back is on the short list of Heisman Trophy candidates and expected to be an even bigger factor offensively with a new quarterback taking over the attack. Dobbins clearly showed up ready to make an impact from Day One on campus, which gives him a head start even on Elliott when it comes to piling up statistics with the Buckeyes. What he does as an encore will be fascinating to watch.

While the attention right now is mainly focused on the potential No. 1 draft pick next spring on Ohio State’s defensive line, odds are the spotlight is going to get much brighter on Chase Young by the end of his sophomore campaign. Working on the opposite edge from Nick Bosa should only help both guys thrive since it should cut down on the double-teams they face from opposing blockers, and it’s not exactly a secret after Young made some impact plays off the bench as a freshman that he can wreck an offensive game plan. By this time next year, the discussion could easily be about just how high Young can go in the 2020 NFL Draft.

Ohio State wants its offensive linemen to be capable of playing in multiple spots, so in some respects, the coaching staff might occasionally try to downplay the fact that Thayer Munford is set to take over at left tackle. But make no mistake: That’s an absolutely critical position, and Munford’s rise during spring camp to show he was ready for the responsibility speaks volumes about his ability and maturity. The Buckeyes already trusted him off the bench in The Game due to injury at right tackle, but this is obviously a significant jump now for Munford. If he handles it as well as Ohio State anticipates, look out.

There is no rush for the Buckeyes to decide on a starting middle linebacker since they have a pair of strong options and Tuf Borland set to return from his Achilles injury at some point early in the season. But anybody who draws as many comparisons to Raekwon McMillan as Browning has since he walked on campus is probably in line for a lot of work for the Silver Bullets this season. The buzz around Browning has only continued to get louder after he started really turning heads in practices before the Cotton Bowl at the end of his freshman year, and his size, athleticism and football intelligence make him an ideal fit to quarterback the defense.

For now, these two will have to share billing and get lumped in together in the Ohio State secondary since neither has a starting job assured yet. In Okudah’s case, he’s practically a lock to be in the three-man rotation the Buckeyes have used over the last couple years at cornerback, and he offered a glimpse at his enormous potential when pressed into action in the Cotton Bowl. And as for Pryor, he’s the favorite to win the first-team job at safety alongside Jordan Fuller, but he will need to fend off some heated competition — including newcomer Josh Proctor — to earn that spot in training camp. The upside of both defensive backs is clear, which clearly isn’t uncommon for Ohio State’s true sophomores this year.

Could Dwayne Haskins be one-and-done as starter at Ohio State?
Even in loaded Ohio State backfield, Master Teague pushing for carries right away
Advertisement